Albany bishop, accused of sexual abuse, asks to be removed from priesthood 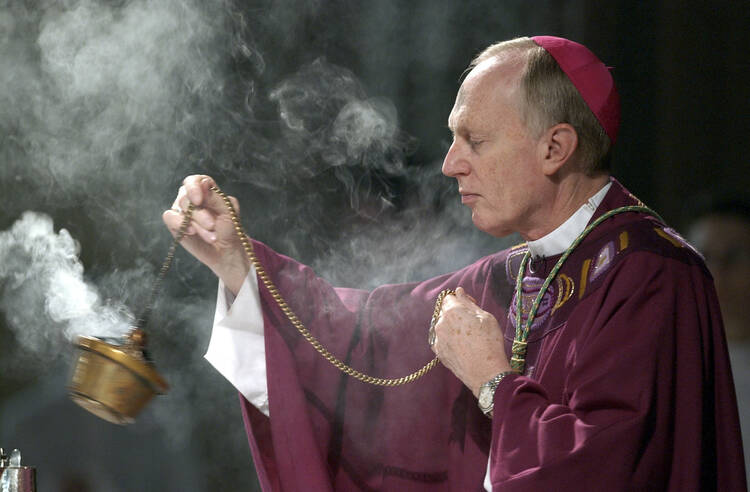 VATICAN CITY (AP) — The retired bishop of Albany, New York, who has admitted to covering up for predator priests and has himself been accused of sexual abuse, has asked Pope Francis to remove him from the priesthood.

Emeritus Bishop Howard Hubbard, 84, announced the decision in a statement Friday, the day the United Nations designated as the World Day for the Prevention of, and Healing from Child Sexual Exploitation, Abuse and Violence.

Hubbard said he wanted to be laicized, or returned to the lay state, because he could no longer function as a priest, given U.S. church policy that bars accused priests from ministry. If accepted, laicization would relieve Hubbard of his celibacy obligations.

Asking the pope for voluntary laicization is unusual, especially for a bishop and particularly for a cleric who denies abuse allegations against him. Usually priests ask to be laicized if evidence of abuse against them is overwhelming or if they want to leave the priesthood to get married. The Vatican can forcibly laicize priests, or defrock them, as a punishment for such crimes as clergy sexual abuse.

Asking the pope for voluntary laicization is unusual, especially for a bishop and particularly for a cleric who denies abuse allegations against him.

Hubbard has acknowledged covering up allegations of sexual abuse against children by priests in part to avoid scandal and protect the reputation of the diocese. He did so in a deposition for one of dozens of claims by hundreds of people who have sued the Albany diocese over sexual abuse they say they endured as children, sometimes decades ago.

But he has strongly denied accusations that he himself abused minors. In his statement Friday, Hubbard repeated that claim of innocence.

“I hope and pray I will live long enough to see my name cleared once and for all,” he said.

Other U.S. bishops have asked Francis to resign over their mishandling of predator priests, but not be removed altogether from the priesthood. Francis in 2019 forcibly defrocked ex-Cardinal Theodore McCarrick after a church investigation determined he sexually abused adults and children.

Attorneys for abuse survivors hailed Hubbard’s request to leave the priesthood entirely as the culmination of efforts by victims to hold the Catholic hierarchy accountable for abuse and cover-up.

Attorneys for abuse survivors hailed Hubbard’s request to leave the priesthood entirely as the culmination of efforts by victims to hold the Catholic hierarchy accountable for abuse and cover-up. While the U.S. church has had a “one strike and you’re out” policy in effect for two decades, it spared bishops from sanction.

Only in 2019 did the Vatican pass in-house norms to investigate accused bishops, but those cases have been shielded in secrecy with no full public accounting of who has been investigated or sanctioned and leaving it to individual dioceses or bishops conferences to release information.

“We feel Hubbard’s removal is not only justified but necessary. This signals to survivors that their voices are being heard,” said attorney Cynthia LaFave in a statement issued by the law offices of Jeffrey Anderson, who has represented hundreds of abuse survivors in the U.S.