I’ve visited over 100 churches across the globe. Here’s what it’s taught me about my Catholic faith. 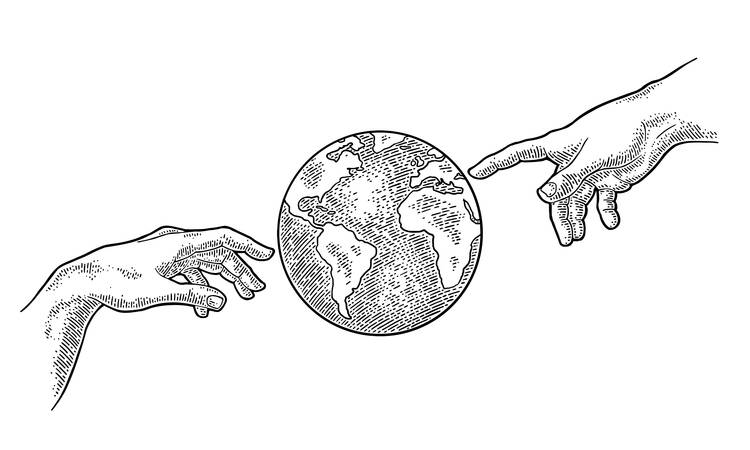 On the final day of World Youth Day in 2016, after a night spent on the colder-than-expected ground in a field a few miles outside Krakow, Poland, I and three million of my closest friends from around the world attended Mass celebrated by Pope Francis. The prayers of the Mass were in Latin, which made my future-classics-major heart happy, but the pope spoke his homily in Italian. A woman behind us was translating what the pope was saying to her companions in Spanish.

That was the first time that the universality of the Catholic Church really hit me. Here we were—the Australians who camped out in front of us, the Danes we had met the day before, the translating Spaniards and, of course, we the Americans—all hearing the same message, all in the same place for the same reason.

In international settings like this, it is easy to recognize our global church, but my parents have always tried to help me appreciate the universality of our church wherever I am. When we go on vacation, it’s my dad’s job to find the local brewery and my mom’s job to find the local Mass times. Which one is more important depends on whom you ask. But by now our family has been to approximately 50 churches across 22 states, and it is always fascinating to note the ways in which the core of the experience is the same, but small differences give the parish local character. There was the church with a solid glass, engraved crucifix hanging from the ceiling, or the one with a massive, centuries-old organ in the choir loft, or, most noticeable to us, the one set high on the hill, reachable only by 100 stone steps. (My mom loves to echo Mary Magdalene when the tabernacle isn’t behind the main altar: “They have taken away the body of our Lord and we know not where they put him!”)

There is great comfort in knowing that in each church there were people worshiping the same God, hearing the same Gospel, striving to live out the two greatest commandments.

In my first semester of college, my English professor asked our class to go out and “live” New York City. How else would I experience it except through the lens of my faith? I embarked on a pilgrimage of sorts, though I wouldn’t have called it that at the time: I decided to continue my family’s tradition of seeking out the familiarity and innovation in Catholic churches. That semester, I visited 39 Catholic churches on the island of Manhattan.

In some, I simply prayed a decade of the rosary; in others I attended Mass. That semester, my Saturday nights were spent on Google Maps, figuring out the best route to get from my first to my eighth church on any given Sunday. Many are only open during or around Mass times, so I needed to time my trips precisely. (I largely succeeded, save for one Sunday when I was thwarted by thousands of runners and fans filing through my pre-planned route for the New York City Marathon.)

Even on a 23-square-mile island, on just a single day, I was able to experience how massive, how universal, how katholikos the Catholic Church is. There is great comfort in knowing that in each church there were people worshiping the same God, hearing the same Gospel, striving to live out the two greatest commandments.

There’s something magical about being able to go to Mass anywhere in the world and know, on some deep level, exactly what you will find.

Gaining a greater appreciation for this universality has also helped me in my personal faith journey. I moved from a semi-rural place to New York City five years ago, and while most of my political and religious views are in opposition to the average New Yorker, living among this diversity of life experiences and opinions has been a blessing. My journeys remind me that there are many more things that bring us together than separate us, both among Catholics and among people of good will simply living in the world.

When we enter our churches with these similarities in mind, we are also more open to the stirrings of our heart. In the midst of the Covid-19 pandemic, I returned to in-person Mass in New York in September 2020, and the priest processed up the aisle to “Praise God From Whom All Blessings Flow.” The tune is nice, but it had never made me cry before. But that day, it brought me back to the “normal” times, to those thousands of times I had sung in the midst of a congregation. As my tears flowed, the thought of the whole church united in song once more gave me hope that such events would one day be “normal” again.

There’s something magical about being able to go to Mass anywhere in the world and know, on some deep level, exactly what you will find. This summer, I spent two months in Germany. And as I stood, sat and knelt during Mass in the majestic Cologne Cathedral, I was amazed that I could understand most of what was going on during Mass. I could pick up a few words and phrases thanks to the German classes I was taking, but it was the motions of the priest and the order of the Mass itself that served as the most useful translation for my prayer.

And during that same trip, on the feast of Corpus Christi, I went to the Church of the Heart of Jesus. As I walked in, the choir was practicing for the upcoming Mass and singing “10,000 Reasons (Bless the Lord)” with lyrics in German and English. I was surprised to hear a song I recognized. At a time when my homesickness was acute, the sound of a familiar hymn once again brought me to tears. But I cried knowing that, even though I was thousands of miles from where I’d grown up, I was home.