Parish clusters, foreign priests and deacons: Facing the realities of a shrinking church 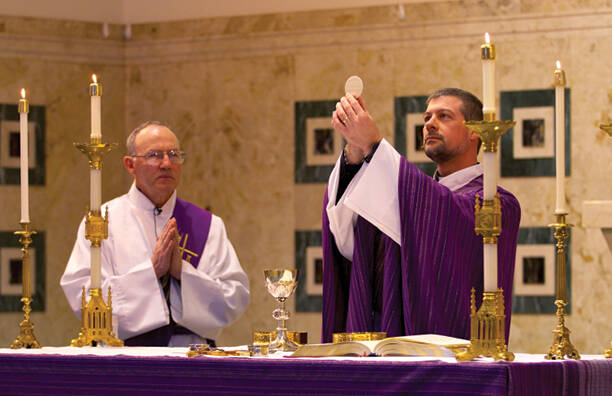 Father Joel Sember is the pastor of a cluster of parishes in and around the city of Antigo in rural Wisconsin.

Editors’ note: This fall, America Media released the groundbreaking documentary “People of God: How Catholic parish life is changing in the United States” with the aim of sparking a national conversation about the diverse ways the Catholic faith is lived out across the country. To help facilitate those conversations—in your parish, with your family or in the comments section—Jim McDermott, S.J., has offered a reflection on each of the four segments of the film as well as a number of discussion questions. You can read Part II below, and follow the links for Part I, Part III and Part IV.

The second part of America’s new documentary “People of God: How Catholic parish life is changing in the United States” focuses on a small community in the Diocese of Green Bay where parishes are being merged and clustered under the responsibility of one pastor, assisted by a priest from Pakistan and a deacon. As we hear about how vibrant this community in the small city of Antigo in rural Wisconsin once was, you feel a twinge of loss. But the people themselves seem to see that with these changes also come some fresh insights about parish life.

Mergers and clustering can end up empowering deacons and the laity to assume greater responsibility in the church community and streamline management. The addition of foreign-born priests can bring new ways of thinking about church. And diminishment also brings humility and wisdom. As the pastor, Father Joel Sember, points out, having big parishes is not the same as changing hearts: “I need to just be content to serve Jesus without worrying about the numbers. Are hearts changing? Are minds changing? Are people growing in their faith? That’s what matters.”

It is inspiring to see how the people are allowing the challenges of their community to function as inspiration rather than reason for complaint.

It is inspiring to see how the people are allowing the challenges of their community to function as inspiration and a source of growth rather than reason for complaint. But there are burdens here that prompt further reflection. As the film lays out, foreign-born priests now make up one-sixth of clergy in the United States. They are utilized all over the country as a stop-gap to fill the growing holes in priestly vocations. As Father Sember rightly points out, clergy from other countries and cultures bring not just more men who can celebrate the sacraments but other experiences of community and God, fresh ideas about being church.

But I’m not sure I know a Catholic at this point who has not also had some frustrating experiences dealing with clergy from other countries. Most significantly, people talk about the difficulty in understanding some accents—an issue that is exacerbated by the overall aging of the Anglo-Catholic community in the United States and the hearing issues that often come with that. Foreign-born priests can also sometimes bring points of view on culture, gender and power that do not fit in the American context, or even do harm.

How are bishops and other church leaders responding to these Catholics and what they’re facing?

To a large extent, these issues are not those priests’ fault. What sort of formation are they given before they begin work in the United States? Are they required to attend ongoing language classes? Are they mentored and given regular feedback? Mechanisms like these are essential both for the parish and for their own sense of connection and well-being.

The situation in communities like Antigo prompts other questions: How are bishops and other church leaders responding to these Catholics and what they’re facing? We rarely hear them talk about these problems. While our leaders are busy arguing about whether the church can even consider making women deacons, a process that could very well take decades, the people of God need priests now, and so do their clergy. Truly, just how much do ordinary Catholics have to suffer and their communities wither up for local leaders to talk more seriously about ordaining married men or women?

The people of Antigo and their parish staff are making the best of a challenging situation. They are a real model of what it looks like to put your life in the hands of God and trust that what lies before you is not only manageable but a gift. But part of what they face is a function not of necessary realities but the decisions of church leaders. And that is a lot harder for some Catholics to understand.

Questions for reflection and conversation:

On this bonus episode of the Jesuitical podcast, hosts Ashley McKinless and Zac Davis speak with Jim McDermott, S.J., and Sebastian Gomes, the producer of “People of God,” about the many parishes across the United States where churches are closing, there’s a shortage of priests and many younger Catholics are leaving the faith.