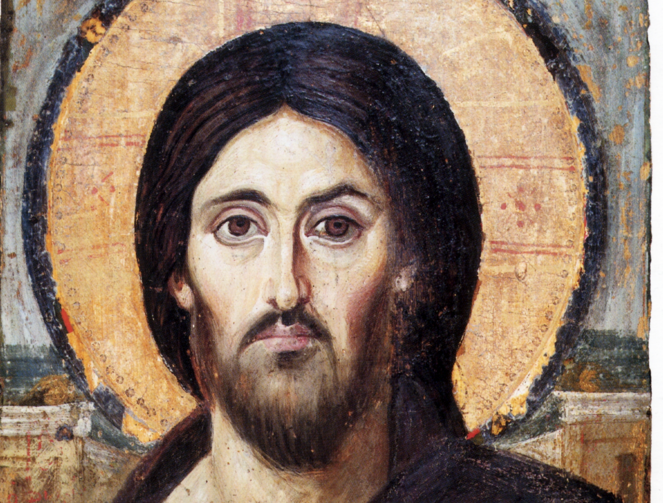 In 1988, my first year as a Jesuit novice in Boston, I spied a slim paperback book on the shelf of the novitiate library with a strange title on its cover: Jesus Before Christianity.

At first, I couldn’t get my mind around what seemed a bizarre notion: How could Jesus exist before Christianity? Such was my understanding of the Christian faith that the idea seemed threatening, even dangerous. But the blurb on the cover, from the famous theologian Harvey Cox, called it “The most accurate and balanced short reconstruction of the life of the historical Jesus.” I was hooked.

As a novice, I knew zero about the quest for the “historical Jesus,” the scholarly (and pastoral) project that tries to understand as much as we can about the life and times of Jesus of Nazareth and considers which of his words and deeds can be traced directly to him and which may have been embellished, or even added, by the evangelists. Mainly, though, the hope is to know as much as possible about the “Jesus of history.”

To my mind, the quest to understand the historical Jesus is essential for followers of the Christ of faith—in other words, Christians. And why wouldn’t you want to know more about Jesus of Nazareth?

I also didn’t know anything about Albert Nolan, O.P., a distinguished Dominican priest, writer and theologian, who was well known in his native South Africa for his dedication to human rights (something made clear in his book). Father Nolan, I discovered after his death, was once elected as the master general of the Dominicans but declined the position since it would have taken him away from South Africa during a time of volcanic change. His little book captivated me. And it’s not a stretch to say that it changed my life. If you had asked me as a novice about Jesus’ humanity, I would have said, “Of course I believe that Jesus is human.” I knew that God had become human and had “dwelt” among us, as John’s Gospel said.

But until reading Jesus Before Christianity, which plunges the reader into the roiling social and political world of first-century Galilee and Judea, I didn’t grasp the importance of understanding what Jesus was reacting to. His book—short, accessible, inviting—placed special emphasis on Jesus’ ministry to the poor and marginalized, and described the conditions of such suffering people in those days. But it was, as the blurb suggested, the “reconstruction” of Jesus’ world that I found, in a word, thrilling.

Toward the beginning of the book, Father Nolan offers this tantalizing invitation:

If we read carefully between the lines of the four gospels and if we make full use of the information available about the contemporary situation, we shall be able to uncover a great deal of historical information about Jesus. This is possible because, although the gospels were written for a later generation, they make use of sources that go back to Jesus and his contemporaries. In many places it is even possible to capture the exact words used by Jesus and retrace exactly what he did (his ipsissima vox et facta.)

What? I thought. It is? “Reading between the lines,” as well as uncovering “historical information about Jesus” and even reading his “exact words” sounded irresistible: a sleuthing that would not only be fun but help me come to know Jesus better.

Jesus Before Christianity started me on a lifelong quest to learn as much as I could about the historical Jesus. And that quest continues today. Such quests are sometimes denigrated as contrary to faith. Why? Mainly because study of the historical Jesus is placed into false contrast with devotion to the “Christ of faith,” the one who has risen from the dead and is alive to us through the Holy Spirit. But of course the “Jesus of history” and the “Christ of faith” are one and the same.

As a scholar, Msgr. Meier was nothing if not thorough but also honest about what that he could reasonably conclude came from the historical Jesus and what didn’t.

The risen Christ, as the New Testament scholar Stanley Marrow, S.J., wrote in his commentary on John’s Gospel, was “recognizably and identifiably the Jesus of Nazareth, the man whom the disciples knew and followed. For him to have risen as any other than the Jesus of Nazareth that they knew would void the resurrection of all its meaning.”

Father Nolan’s book led me to the equally fascinating work of Msgr. John P. Meier, a priest of the Archdiocese of New York who had taught at St. Joseph’s Seminary in New York, the Catholic University of America and finally at the University of Notre Dame. During his lifetime, Msgr. Meier might have been accurately called the dean of historical Jesus studies. His colossal, magisterial, multivolume series, A Marginal Jew, was a mountain of research and scholarship that I wanted to climb. But it turned out not to be so much a forbidding mountain as a beautiful valley to explore.

In his first volume, Rethinking the Historical Jesus: The Roots of the Problem and the Person, he set out his goal, imagining an interfaith scholarly group examining the Gospels:

To illustrate what a historical, as distinct from a theological, investigation of Jesus must involve, I have proposed the fantasy of the “unpapal conclave”: a Catholic, a Protestant, a Jew, and an agnostic—all honest historians cognizant of 1st-century religious movements—are locked up in the bowels of the Harvard Divinity School library, put on a spartan diet, and not allowed to emerge until they have hammered out a consensus document on Jesus of Nazareth.

To satisfy that imaginary conclave meant that Msgr. Meier had to examine each saying, deed and miracle of Jesus with utmost care. Consequently, the scholarly density of his series, five volumes so far (he was working on a sixth when he died), can be a challenge. But despite its countless citations, footnotes and frequent digressions, I found it fascinating, with insights and “aha” moments on almost every page.

Each volume of A Marginal Jew can at times feel overly focused on one or two points: Most of Volume Four, Law and Love, is almost entirely focused on Jesus’ teaching on divorce (which he judges to be among the most likely to go back to the historical Jesus). But for the most part, the attention paid to the passages under Msgr. Meier’s exegetical microscope seemed not obsessive but appropriately exhaustive. As a scholar, he was nothing if not thorough but also honest about what that he could reasonably conclude came from the historical Jesus and what didn’t. Often, he would reach the conclusion of Non liquet. Not clear.

I was not only filled with gratitude for their work but with joy that these two great scholars, who in their different ways had brought so many people into contact with Jesus, would now encounter him face to face.

But to see Msgr. Meier’s work as designed only for scholars would be wrong. (It would be equally wrong to see Father Nolan’s work as insufficiently academic.) Thanks to his effortless command of the material, as well as his own obvious faith, Msgr. Meier could also be as accessible as Father Nolan. In his chapter on Lazarus, which I’ve been reviewing lately, he makes a beautiful observation about Jesus’ “signs” in John's Gospel (a.k.a. miracles):

In all these signs there is a common underlying element. In every sign Jesus gives, on the physical level, some sort of fuller, more joyful or more secure life to people whose lives were in some way constricted, saddened, or threatened.

As was Father Nolan, Msgr. Meier, the historical Jesus scholar, was also a follower of the Christ of faith.

I never met Father Nolan, but I probably read Jesus Before Christianity 10 times, the most recent on a retreat this summer. It remains fresh and exciting, especially his insights on the poor. I corresponded with Msgr. Meier over the years and finally met him at an America lecture in 2015. He was also gracious enough to answer questions that I had while writing Jesus: A Pilgrimage, which relied heavily on his work, and he reviewed the manuscript before publication. Later, I was delighted when the book made it into a footnote of his next volume. I joked with him that even sans Ph.D., I felt I had “made it” academically.

Both men died this week, and at their deaths I had the same thought about them both. I was not only filled with gratitude for their work but with joy that these two great scholars, who in their different ways had brought so many people into contact with Jesus, would now encounter him "face to face," as Paul said. Now, in the fullness of time, they have had all their questions answered, all their confusions cleared up and all their hopes fulfilled. Nothing is non liquet. All is clear.