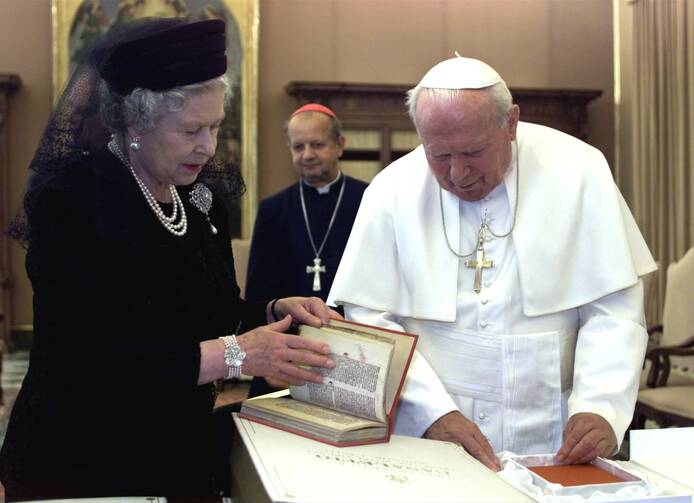 When “The Crown” debuted on Netflix in 2016, people were immediately astonished by the depth with which it seemed to take us into the lives of Queen Elizabeth and the royal family. As Vulture’s culture critic Kathryn VanArendonkwrote recently, Elizabeth was the first monarch of the media age. She had the first televised coronation, and every major moment in her family’s life was held up to a level of sustained scrutiny that was impossible before first television and then the internet.

But despite that, the queen maintained a studied distance from the press and her people. “Diana was the People’s Princess, somewhat like Elizabeth’s sister Margaret before her but without the acid tongue,” Ms. VanArendonk wrote. “Elizabeth II, by unmistakable contrast, was not. By dint of being the irreproachable, inaccessible, distant queen for everyone, she was never really, personally, yours.”

Then suddenly with “The Crown,” it seemed that she was. Around the world, people could tell you about Prince Philip’s secret sorrows, the queen’s cruelty toward the young Charles and how the royal family did their press agent dirty. In 2020, Oliver Dowden, Britain’s then-secretary of state for digital, culture, media and sport,said Netflix needed to add a disclaimer indicating that the show is a work of fiction. People scoffed, but ask most people about Elizabeth’s relationship with Margaret Thatcher, Winston Churchill or the mining disaster at Aberfan and you’d more than likely hear about scenes from the show.

As the queen of England, Elizabeth served as the religious leader of the British Commonwealth and supreme governor of the Church of England—and she took that role very seriously.

Having said that, there is one aspect of the show’s portrayal of Queen Elizabeth that seems by all accounts both accurate and usually overlooked. As the queen of England, Elizabeth served as the religious leader of the British Commonwealth and supreme governor of the Church of England—and she took that role very seriously.

In her Christmas address each year, the queen would speak of how important her faith was to her. “I know just how much I rely on my own faith to guide me through the good times and the bad,”she said in 2002. “I know that the only way to live my life is to try to do what is right, to take the long view, to give of my best in all that the day brings, and to put my trust in God.”In 2016, citing Mother Teresa, Queen Elizabeth ended her address by saying that she is a Christian “because Christ’s example helps me see the value of doing small things with great love, whoever does them and whatever they themselves believe.”

Elizabeth used her Christmas addresses to celebrate other religious traditions, as well. “We all have something to learn from one another, whatever our faith—be it Christian or Jewish, Muslim, Buddhist, Hindu or Sikh,”she said in 2001, months after the attacks of Sept. 11. In 2020, as she acknowledged the hardship the pandemic posed for Christians unable to celebrate Jesus’ birth together, she noted how that struggle was shared. “People of all faiths have been unable to gather as they would wish for their festivals, such as Passover, Easter, Eid and Vaisakhi,”she said, “But we need life to go on. Last month, fireworks lit up the sky around Windsor, as Hindus, Sikhs and Jains celebrated Diwali, the festival of lights, providing joyous moments of hope and unity—despite social distancing.” Time and again she encouraged people to see hardship as an obstacle that draws us together.

Truly, Elizabeth’s faith was flinty, filled not with pious affirmations or easy grace but a sometimes hard truth: Real progress is possible but only through striving.

In part, the queen’s Christmas messages served a political function: They were a way for her to mention the various groups she and the royal family had met during the year, the places they had gone or events they had witnessed. In 2011 she talked about visiting Australia and witnessing the devastation caused by floods;in 1994 she described her first-ever state visit to Russia. But she always used these stories to inspire. “The sight of the happy faces of children and young people in Russia,” she said in 1994, “in South Africa, where so much has changed with such extraordinary speed in the last year, and in Northern Ireland, where there is real hope of a permanent end to the bitterness of recent years, should be enough to convince even the most hard-hearted that peace is worth striving for.”

She regularly held up people she had met who modeled courage and perseverance, like the people with disabilities she celebrated inher 1981 address: “Their courage in handling their difficulties and in many cases living an almost normal life, or making abnormal life normal, shows our own problems to be insignificant in comparison.”

Truly, Elizabeth’s faith was flinty, filled not with pious affirmations or easy grace but a sometimes hard truth: Real progress is possible but only through striving. “The message of Christmas remains the same; but humanity can only progress if we are all truly ambitious for what is good and honourable,”she said in 1963. “We know the reward is peace on earth, goodwill toward men, but we cannot win it without determination and concerted effort.” Real faith was most fully expressed in service: “The true measure of Christ’s influence,” she saidin her Christmas message for the new millennium, “is not only in the lives of the saints but also in the good works quietly done by millions of men and women day in and day out throughout the centuries.” And pain was an unavoidable part of a generous life. “Grief is the price we pay for love,” she wrote in a message to a prayer service in New York after the Sept. 11 attacks.

In “The Crown,” the queen’s status as head of the Anglican Communion is at least as much a burden as a gift. Particularly when it comes to her own family, we see her repeatedly put in the position of having to deny those she loved the remedies of divorce and remarriage that they request because of her religious position. Whether exactly accurate or not, it fits the message the real Elizabeth was always offering her people. A life of faith was difficult at times, but it was also a gift.

Whether exactly accurate or not, it fits the message the real Elizabeth was always offering her people. A life of faith was difficult at times, but it was also a gift.

Especially in the final decade of her life, the queen’s addresses seemed to draw consolation from details of the Christmas story itself. “At Christmas I am always struck by how the spirit of togetherness lies also at the heart of the Christmas story,”she said in 2012. “A young mother and a dutiful father with their baby were joined by poor shepherds and visitors from afar. They came with their gifts to worship the Christ child. From that day on he has inspired people to commit themselves to the best interests of others.” Her growing willingness to simply share what she saw as she gazed at the Nativity scene offered a powerful invitation to others to look upon the Christ Child for themselves (and a great witness to preachers, as well).

As reticent as she was in public about her private life, Queen Elizabeth’s Christmas message was often the one place where she would share a little bit about her personal ups and downs. She would talk about anniversaries, children born or getting married, family who had died, and you could catch a glimpse of the real her behind the words.

Her words last Christmas after the death of her husband were especially poignant: “Although it’s a time of great happiness and good cheer for many,” she said, “Christmas can be hard for those who have lost loved ones. This year, especially, I understand why.”

But as usual, her message did not dwell on her own sense of loss. For Elizabeth, no matter the grief and suffering one might experience, there were always signs of hope and new life to be found, and the life of Jesus to serve as a guide. “It is th[e] simplicity of the Christmas story that makes it so universally appealing,” she said. “Simple happenings that formed the starting point of the life of Jesus—a man whose teachings have been handed down from generation to generation, and have been the bedrock of my faith. His birth marked a new beginning. As the carol says, ‘The hopes and fears of all the years are met in thee tonight.’”