The missing piece of Shia LaBeouf’s conversation with Bishop Barron: the stories of abuse victims 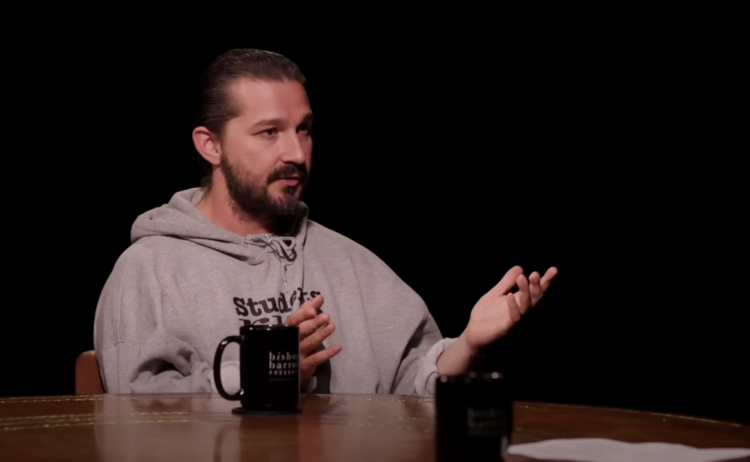 Late last week, in an interview with Bishop Robert Barron on his “Bishop Barron Presents” talk show, the actor Shia LaBeouf shared that working on a new biopic about Padre Pio has changed his life. He now goes to Mass, receives Communion and particularly loves the Latin Mass. “Latin Mass affects me deeply, deeply,” he explained. “It feels like they’re not selling me a car. And when I go to some Masses with the guitars and stuff…it’s like they’re trying to sell me on an idea.”

“It almost feels like I’m being let in on something very special,” Mr. LaBeouf said of the Latin Masses he has attended in Oakland, Calif. The decision of the Second Vatican Council to make the Mass more participatory was a “bureaucratic activation,” he feels. “There was a yearning to activate the public, in an artificial way.”

As you might imagine, this created quite a stir. Latin Mass fans felt vindicated. Even “Even Stevens” [sic] likes the Latin Mass! Others wondered: Who cares?

“Latin Mass affects me deeply, deeply,” Shia LaBeouf explained. “It feels like they’re not selling me a car.”

Watching the video, I was surprised to discover that discussion between Bishop Barron and Mr. LaBeouf ranged far beyond what I was hearing about on social media. Yes, they talk about the Latin Mass, and the be-hoodied LaBeouf throws some elbows (while also admitting he’s no expert on Catholicism; he talks about “the Old Testament Christ on a horse, cape dipped in blood, sword.”). But he and Bishop Barron also talk about suffering, shame and the unexpected ways that God works in one’s life. And much of their back and forth has the kind of free-wheeling curiosity and openness about spirituality that you can very occasionally find on a TV show like “The Late Show with Stephen Colbert” and more often on podcasts like America’s “The Gloria Purvis Podcast” and “Jesuitical” but few other places in the Catholic Church proper.

Bishop Barron has been doing occasional programs like this for some time now, and his relaxed, Charlie Rose-esque format is the kind of thing we need more of in the church. In the open-ended meandering that such a format allows, we are able to get beyond some of the standard topics and oppositions and into deeper, more meaningful conversations.

But it is also very difficult to watch the exchange because Mr. LaBeouf has been given this major platform to talk about faith during a time when he is accused of having domestically abused and sexually assaulted two different women, with two others supporting the women’s claims with their own experiences of abuse and harassment from the actor. This issue is never raised by Bishop Barron, which is hard to understand. But Bishop Barron also allows Mr. LaBeouf to bring up the topic repeatedly, in ways that paint him as a victim, without ever challenging or questioning these characterizations.

Early on, Mr. LaBeouf says he came to the Padre Pio project “on fire: I didn’t want to be an actor any more, my life was a mess, and I had hurt a lot of people, and I felt deep shame.” But soon after he is talking about the rejection he has experienced from his peers and his family as though he was the only one hurt. “God taps certain people to go through certain suffering,” Mr. LaBeouf says, quoting advice he says he received from a monk, “so that they can be more effective at bringing the good news forward.” The bishop responds only by praising the wisdom Mr. LaBeouf has gained and the mentors he has had.

Having given Shia LaBeouf over an hour to talk about his spiritual journey, perhaps Bishop Barron would consider having a similar conversation with women who have survived domestic assault or sexual abuse.

Later Mr. LaBeouf says before working on the Padre Pio movie, he “was so upset, so resentful about the woman who accused me of all this…and now I see that woman saved my life. She is for me a saint in my life.” It sounds great, and it leads into an interesting conversation about the radical change in perspective that conversion can bring. But it is also a way for Mr. LaBeouf to recast himself as a martyr. He is the innocent who suffered, and she is the villain that he is now compassionate enough to forgive.

Earlier in the interview, when he is still willing to acknowledge some responsibility for the situation in which he finds himself, Mr. LaBeouf never acknowledges any need to do anything to repair what has been broken. Conversion, as he talks about it, seems to involve personal change without any kind of repair or restitution. (In recent days Mr. LaBeouf has been willing to admit more guilt but only after director Olivia Wilde shared her fears for her lead actress after having him on her set.)

I have no reason to doubt the bishop’s good intentions; again, I think his show provides a meaningful forum for conversation about faith and life, one that the broader church could learn from. We need more opportunities like this to think and talk about our faith. But no matter what his intent was, his conversation with Mr. LaBeouf offers another example of the kind of disregard for victims and women that is so often leveled against leaders in the Catholic Church. We say we stand with victims of abuse and that we support women, but time and again our choices show us instead standing only with the men who have been accused.

Having given Shia LaBeouf over an hour to talk about his spiritual journey, perhaps Bishop Barron would consider having a similar conversation on “Bishop Barron Presents” with women who have survived domestic assault or sexual abuse. According to the Centers for Disease Control and Prevention, one in five women in the United States have experienced severe physical violence and/or sexual violence from an intimate partner in their lifetime, and one in four have experienced extreme psychological aggression. They, too, have stories to tell and wisdom to offer.