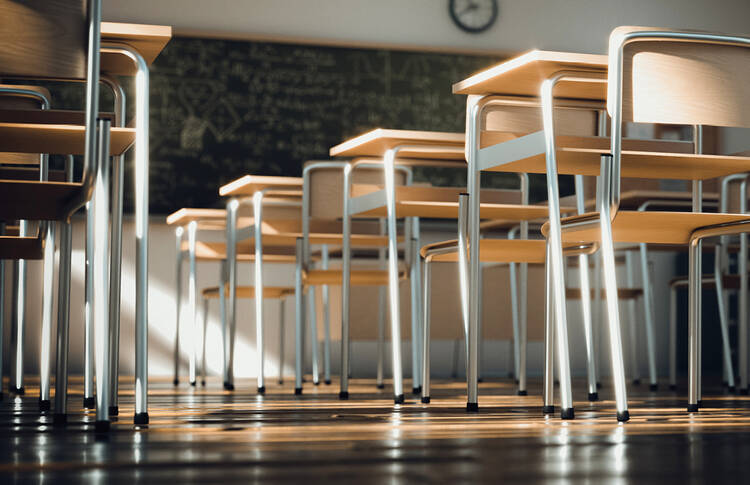 If you were to arrive early to the campus of my junior high and peek through the classroom window of my math teacher, Mrs. Peak, you would witness a quiet and astonishing moment.

You would see Mrs. Peak pull out her wooden desk chair to the middle of the room. You would see her place her open grade book on that chair and then kneel on a small, orange carpet square. Each morning, without fail, you would see my teacher praying over the names in her roll book.

As students, we all knew this. It was spoken of in whispers in the hallways. Even at this Christian school where we were taught and encouraged to pray, we students found her ritual as strange as it was sacred. Mrs. Peak knew that we saw her, as hundreds of students, including my own father, had done during her decades of teaching. But her prayer was not a show. She moved without artifice and with a humility we had not seen in any other person. We knew we were witnessing something holy.

The choice to look so utterly ridiculous could have been motivated only by love. Mrs. Peak knelt there with a posture that seemed to define the word fortitude, as if she knew precisely, in exact terms, that our God would answer her prayers. She believed in things unseen and knew there was a battle going on for our very souls.

There is something truly beautiful about a shared history overlapping with the mystical connection of the body of Christ.

My father attended that tiny little Christian school. He told me about Mrs. Peak. The love, care and respect he had for her knew no rival. My father loved Christ very much, but his mental health was always on a precipice. Did it begin with his own abuse? I do not know. But he attempted to balance the monsters that tormented him with alcohol and drugs. The cycle of abuse spiraled until, by the time he died at age 53, he had destroyed nearly all his relationships. There was no one to speak at the funeral his wife held mostly for internet friends who had known only one side of him.

Mrs. Peak knew him. She remembered who he was as a child and who he hoped to be. And she understood the battle that raged within him. She gave his eulogy when no one else, myself included, wanted to. She spoke of the goodness she had seen in him as a child and the remnant that remained in his adulthood.

The kids I knew in Mrs. Peak’s math class are all grown up now, too. We are in our late 40s, with children and mortgages and midlife cars. Many of us struggled with our faith through the years, some even falling away for a spell. But in the last two years, when our faith seemed to be on the defensive, it has been those same names, the ones Mrs. Peak whispered in love, who sustained me.

I pray that they will know Christ and his love for them.

We might have not talked to each other for years, but as the world turned to chaos, we began to surface—in texts and Facebook groups, in FaceTime calls and snail mail—and as we reunited, we also remembered Mrs. Peak’s prayers. We, too, prayed for one another and pointed one another toward Christ and his love and mercy and hope; and in doing so, we sustained one another. There is something truly beautiful about a shared history overlapping with the mystical connection of the body of Christ.

Today Mrs. Peak is in her mid-80s. She is often seen riding her bike through my hometown. We talk on the phone twice a year. The years I do not send her a Christmas card, she will worry. She will send me a note—typed on a typewriter, then pasted into a notecard—asking if all is well. This year, I did not send Christmas cards, but I reached out to her before I received her typed note.

She answered the phone breathless, as she said she was just arriving home from a weekly visit to Starbucks. She keeps a rigid schedule of prayer, church, exercise and daily visits with friends at local coffee shops. She was glad I called, as she had just asked my junior high English teacher, Miss Miller, whom she meets for coffee once a week, if she had received a Christmas card from me.

“It wasn’t just me,” she was quick to say. “All the teachers were praying for you.”

During our hour-long call—during which we shared news of each family and student we knew in common, babies born, moves, new jobs—I told her how it has been this small school community that has sustained me throughout the pandemic. I told her of the letters and texts and prayers and support we have passed back and forth among this tiny group.

We know you prayed for us, I told her. “Mrs. Peak,” I whispered, “We still feel those prayers.” We do. We’ve talked about them. How there have been times we do not have the words to pray but her prayers have sustained us.

“It wasn’t just me,” she was quick to say. “All the teachers were praying for you.” And as soon as she said this, I knew it was true. I remember the conversations about faith and identity, about conflict and love. I can still see the tender eye of Mr. Winger, our science teacher, as he watched us file into class each day. Or the same Miss Miller with whom Mrs. Peak had coffee last week who taught me to memorize the entire Letter of James. “Those teachers poured into us,” one of my classmates recently recalled.

I want this for my own children and their classmates, that they will feel the prayers of their community as they navigate a world that views our faith as old-fashioned, ridiculous and even malicious. We know that young people are leaving the faith in droves. And where else will they go? Only Christ has the words of eternal life.

So I pray in the spirit of Mrs. Peak. Although I am not their teacher, I type out the names of all the children in my children’s classes. I kneel and whisper each name as I pray. I pray that they will know Christ and his love for them. And I pray that these prayers will help sustain them when they cannot pray for themselves. 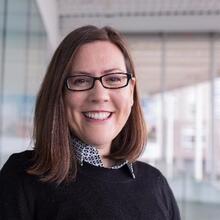 Shemaiah Gonzalez is a freelance writer living in Seattle. She thrives in moments where storytelling and faith collide.

@Shemaiahng
Show Comments ()
Join the conversation: Login or create an account
Before you can comment, you need to update your profile to include your first and last name, as required in our comments policy. Then reload this page and you'll be set up for commenting. Update your profile