The two saints who saved me from scrupulosity 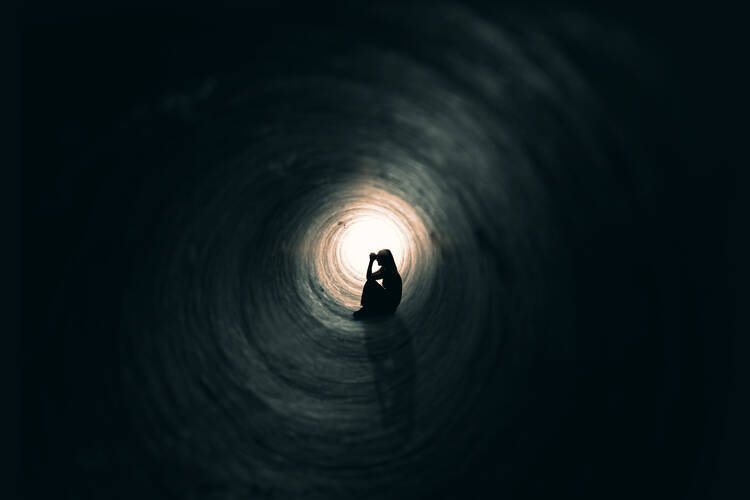 Image by Sharon Dominick for iStock

I didn’t always know what scrupulosity meant, but I always knew there was something different about me. I think back to the kindergarten classroom where I confessed to the teacher about doing something I did not do. There was the slightest possibility that perhaps I had done it but had forgotten. That bit of doubt was enough to convince me of my guilt.

I think back to the confessionals where I earnestly poured out all of my sins just to hear a priest say, “Ummm, I’m not sure that is exactly a sin.”

And I think back to the countless nights I spent awake performing Google queries trying to find if my latest slip-up was a mortal sin.

The priest would say to me, "I'm not sure that is exactly a sin."

After years of struggle, I finally found some solace in St. Thérèse of Lisieux. My ego in my younger years always would bristle at St Thérèse’s humble little way. But when I read in her diary that she, too, struggled with scruples, I knew that I had found a kindred spirit.

I would like to say that an understanding of what scruples are, and seeing the issue described by one of the doctors of the church, allowed me to see the problem in a clear light and begin to rectify it. But it was not that easy. Just knowing that St. Thérèse struggled did not take my own struggles away.

What it did, however, was show me that my own struggles were not proof of an implicit evil about me. After all, how could they be definitive proof if Saint Thérèse fought with scruples as well? Maybe my struggles were…just struggles. No, I did not find a solution to my problem, but I did find something far more valuable. I found a context in which to place it.

Pathological scrupulosity can be seen as a sort of moral obsessive-compulsive symptom. The overly scrupulous person, instead of fearing contamination by germs, dreads committing immoral acts. A scrupulous person often has difficulty determining if something is or is not a sin. They may even be afraid that thoughts that float through their head unbidden can put them into a state of mortal sin.

Oftentimes the scrupulous person is able to rationally determine that something is not a sin, but they are not able to let go of the slight possibility that it could be. Like anything, people can be more or less scrupulous, and not everyone who suffers from scruples has a psychological disorder, but it can lead to that.

St. Ignatius of Loyola has long been a favorite saint of mine, and he wrote about scruples. He wrote that the devil tempts the delicate conscience with scruples while he tempts the lax conscience with indifference. “If [the devil] sees that a person does not consent to any sin…he brings him or her to judge as sinful something in which no sin exists,” writes Ignatius in the Spiritual Exercises. For the person with the lax conscience however, “the enemy works to make it still more lax.”

This is a concept I had long intuited but had never heard expressed in such a clear and concise manner before. I knew that scrupulosity led me away from God. I knew that it could not be of God if it led me only to fear and despair. I never had understood its role as a temptation, however, until I read the words of Ignatius.

Scrupulosity is a rejection of God’s mercy.

Looking around, it is easy to see that many people simply will not be tempted into grave sins without putting up a huge fight. But those same people can commit perhaps the lesser but still extremely serious sin of not trusting God.

For many, that is what scrupulosity is. It is a rejection of God’s mercy. The scrupulous fall into the trap of seeing God as one who wants to watch us fall rather than the one who lifts us up after we have fallen. This was my trap, my temptation. I love God; I want to do his will. The devil takes that love and those desires and twists them into something ugly. He presents my weakness to me and blinds me to the redemptive power of God’s love. The devil tries to blind me to the power of the cross.

Knowing this tactic of the evil one has not taken away my scrupulosity, but it has given me a lens through which to examine it. Now when I find myself tempted to avoid Holy Communion over a perceived but not an actual moral sin, or I am tempted to run into confession in haste without proper examination just to get this one thing off my chest, I remind myself that this is not the work of my well-formed conscience. Rather, it is the work of my tempted conscience that has fallen for the snare. True repentance leads us to approach God with a sense of wonder and awe and contrition. Scrupulosity leads us away from Christ out of fear and mistrust.

I believed in the condemnation of sin without also holding fast to the truth of reconciliation.

I was not always a practicing Catholic. For about a decade in my early adulthood I rejected the church because I believed she had rejected me. I believed the people who preached only condemnation, and I failed to listen to those who preached redemption. I gave assent to those who held up my sin, showed me my weakness and then told me these sins made me unworthy to even approach God. I believed in the condemnation of sin without also holding fast to the truth of reconciliation. I do not think it is any coincidence that those years were also the ones I struggled most with mental health issues.

I like to think that I have grown and matured in my faith since then. But whenever I allow myself to fall into scrupulosity, I am reminded yet again of how weak I am; how readily I seem willing to throw away the mercy that Jesus died on the cross to extend.

Scrupulosity will probably stick with me until the grave, because it is an easy way for evil to lead me astray. But now that I understand the context in which it thrives, I see more clearly the lies that it preaches. I understand that while this still is and probably always will be a huge struggle for me, I am not alone in this struggle. I have no lesser figures than St. Therese and St. Ignatius to thank for that insight.

I think that is one of the greatest gifts the Lord has given us with his church. He has given us centuries of kindred spirits who have attempted to walk the same narrow road and fallen prey to the same evil influences. We do not need to do this alone, and we never have. 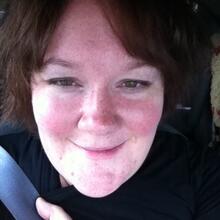 Amanda Knapp is a graduate of Marquette University and Northern Illinois University. She has written for multiple faith, mental health and parenting publications, and she maintains the blog Indisposable Mama.