We need to talk about ‘life of the mother’ exceptions in abortion law. 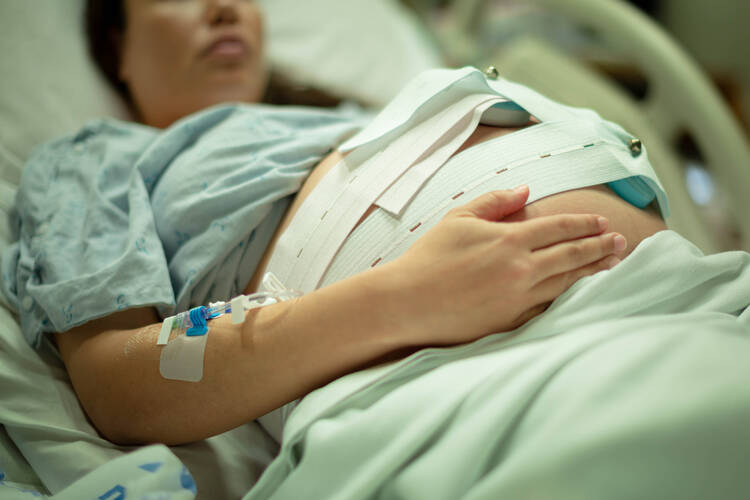 As the nation reckons with the overturning of Roe v. Wade by the Supreme Court last week, it is time for Catholics to have a real conversation about the kinds of abortion laws we want.

In recent weeks, a number of new anti-abortion laws have passed: both those intended to impose criminal penalties on abortion providers in the wake of the Supreme Court ruling in Dobbs, and those in Oklahoma and Texas that create immediate civil liability for health providers who perform abortions. Lawyers and advocates have raised concerns that these laws may harm access to even lifesaving reproductive care. Meanwhile, many pro-life Catholic thinkers have insisted that none of these laws endanger women in any way: They argue that these laws can be written in ways that will restrict abortion while allowing exceptions to handle miscarriages, ectopic pregnancies and dangers to women’s lives in reasonable, commonsense ways.

Catholic bioethicists are split on how and when to preserve the lives of mothers when their pregnancies become life-endangering.

Take S.B. 8, the Texas law, which creates an exemption from liability for abortions “necessary due to a medical emergency.” What does that “necessary” mean? The law does not say. Is an abortion that would avert a 5 percent chance of death “necessary,” or must a doctor wait until the risk increases to a 25 percent chance? Is it enough to know that a mother will have a high chance of death tomorrow if the pregnancy continues?

And what if the medical emergency she is facing is not death but some permanent impairment or disability? What is the threshold then? Who determines and adjudicates these thresholds? How much deference do we ask juries and judges to accord to a doctor’s judgment in the moment of pressure?

Under both the Texas and Oklahoma laws, medical professionals who are fully confident in their diagnosis of a medical emergency and whose decisions would stand up to anyone’s moral scrutiny can still face legal liability. Because these laws allow plaintiffs, but not defendants, to recover legal costs, doctors and hospitals may be exposed to exorbitant costs defending their medical judgment against bad-faith lawsuits. It may even risk their freedom and livelihoods. Come September, if all goes according to the state’s plan, doctors in Oklahoma who are accused of performing an abortion that wasn’t sufficiently medically warranted might not just face a lawsuit but also a homicide charge.

Hospital legal teams will balance these liabilities and weigh the costs against the benefits. Up to three-quarters of OB-GYNs already don’t perform any abortions in a given year. Most teaching hospitals—especially those in the South, where abortion restrictions are likely to be highest post-Roe—place restrictions beyond those required by law on the kinds of abortions that are allowed to be performed and taught in their facilities, including restrictions on abortions that are classified as involuntary and medically indicated. How long after abortion is criminalized in Oklahoma will it take before a situation arises in which not a single doctor is available to perform a necessary, life-saving abortion for a woman who is too sick, or too poor, to travel elsewhere for it?

We cannot write laws that incentivize doctors to err on the side of allowing the woman to die and ignore the outcome that will result. If there are steep penalties for performing abortions that are later determined to have been unnecessary without strong mandates for doctors and hospitals to perform necessary abortions—which the church surely wants to avoid for religious liberty reasons—women will die. Not because of a renewed culture of life, but because of capitalism. We will have simply made it more costly to kill the child than to kill the mother.

We cannot write laws that incentivize doctors to err on the side of allowing the woman to die and ignore the outcome that will result.

If one’s goal is to maximize the number of both women and children who survive, then crafting these laws will require careful triangulation, calibration, policy expertise and democratic compromise. Catholics will have good-faith disagreements on these questions in the same way we do about the exact lines to draw around gun control and immigration restrictions.

Instead, so much focus has been placed on bringing pro-choice Catholic politicians into line that we don’t have basic answers to important followup questions: What laws around abortions should these politicians support instead? How many allowances and exemptions for medical necessity could such laws include before politicians who support them find themselves on the wrong side of the bishops’ guidance?

The church’s moral teaching is that abortion should only be performed when the doctrine of double effect applies—when there is some morally neutral medical intervention that can save the mother while, unfortunately and unintentionally, resulting in the death of her child. It sounds simple in theory, much the same way that “necessary” seems like a sufficient legal descriptor in theory. But in practice, Catholic bioethicists are split on how and when to preserve the lives of mothers when their pregnancies become life-endangering.

Catholics are divided about how to offer treatment in these cases. Some argue that these medical procedures merely target the dangerous invasion of a trophoblast (a sort of early placenta) into the fallopian tube, with the permitted goal of curing that dangerous condition. But others argue that methotrexate and salpingostomies are impermissible direct abortions by another name and the only morally licit option is to remove the entire fallopian tube, which can have lasting effects on the woman’s fertility. Notably, under Texas’ law, at least one patient was told to wait until her ectopic pregnancy ruptured her fallopian tube—which would have put her at immediate risk of death from hemorrhage—because her doctor worried an abortion wouldn’t be sufficiently “necessary” under the law until that point.

One might also consider cases in which the only ongoing threat to a woman’s health is the pregnancy itself. Women with pulmonary hypertension can die during pregnancy. There is no way to treat this aside from ending the pregnancy because the only thing causing the patient’s heart to fail is the fact that it is being asked to pump blood for two bodies. In 2009, a patient at a Catholic hospital in Phoenix was assessed as having a 100 percent chance of dying, along with her child, if an abortion were not performed.

Under any legal definition of “necessary,” this patient would have qualified for an abortion even in Texas and Oklahoma. But Bishop Thomas Olmsted of Phoenix revoked the Catholic status of the hospital and even excommunicated a religious sister for her involvement in what he considered a “direct abortion.” The moral theologian hired to do a moral analysis of the situation at the bishop’s request disagreed, arguing that the procedure necessary to save the mother’s life was morally licit.

Another medical reality is that an incomplete miscarriage will often leave a woman pregnant with a child who continues to have a heartbeat but who clearly cannot and will not survive. The most risk-averse strategy, and thus the most medically recommended, is immediate dilation and curettage (D&C) or dilation and evacuation (D&E), depending on the stage of the pregnancy. But Catholic hospitals regularly ask women in this situation to wait for the fetus’s heart to stop naturally, to avoid the direct killing of the fetus. This has risks: It can result in hemorrhage or sepsis, and if a woman waits long enough, she may have to give birth or have a C-section to remove the fetus’s dead body, which is always riskier for her health than the alternative. In the meantime, she will bleed, be in pain and likely be unable to work or parent her children.

What would a law that aims to reduce the number of abortions while still allowing doctors the needed space for life-saving care in complicated situations look like?

We Catholics celebrate and honor women who choose to sacrifice themselves to carry dangerous pregnancies to the end: We canonized St. Gianna Beretta Molla for it. We ask saints to intercede in pregnancies where the child has been given no chance of survival: We beatified Blessed Michael McGivney for just such an intercession. But are we willing to demand such sacrifices by law? Are we morally required to promote such laws? Under the U.S. Constitution, should we be allowed to?

An inability to satisfactorily answer these questions was a major factor in the backlash that ended Ireland’s abortion ban. Savita Halappanavar developed sepsis while waiting for her fetus’s heart to stop beating after an incomplete miscarriage, and she died as a result. In the aftermath, the Irish parliament tried to expand and clarify the country’s exception that allowed abortions that would save the life of the mother, but Ireland’s bishops pushed back. One member of parliament was removed from his position as an extraordinary minister of the Eucharist for his vote in favor of the bill. And ultimately, it was too little, too late—within a few years, Savita had become an icon in a successful campaign to legalize abortion entirely.

Would it have been better if Ireland’s expanded life of the mother exemption—the one that the country’s Catholic bishops so opposed—had existed earlier and prevented Savita’s death?

The scenarios described above are not new. But 49 years after Roe, the question remains: What would a law that aims to reduce the number of abortions while still allowing doctors and patients the needed space for life-saving care in complicated situations look like? The examples of Texas and Oklahoma make it clear that laws that lack clearly defined exceptions to the rule will only result in worse health care realities for pregnant women and their doctors. Can the Catholic Church offer more nuanced and compassionate guidance than that?

It is time to create the space for an actual conversation. How we adjudicate these laws affects more than the unborn. Women’s lives are on the line. 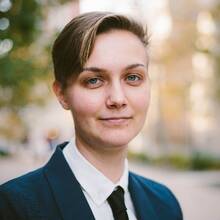 Jacqui Oesterblad is a recent graduate of Yale Law School.

@JOesterblad
Show Comments ()
Join the conversation: Login or create an account
Before you can comment, you need to update your profile to include your first and last name, as required in our comments policy. Then reload this page and you'll be set up for commenting. Update your profile