I don’t think we should be banning anyone from the Eucharist. 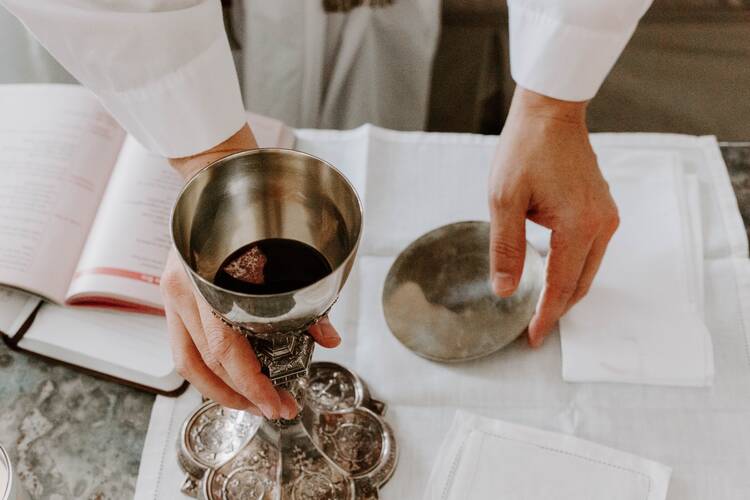 I love the Eucharist.

Indeed, there is no time in my day when I feel more myself than when I am celebrating, with a community of faith, the mystery of love given to us on the altar. At this table, the spirit of God fulfills the promise of Christ by transforming the gifts of field and vine into the body and blood of the Lord. Here bread and wine—gifts freely given to us, which we now return in offering—become the presence of God. This occurs not through the power of the priest nor through the merit of those present, but through the fidelity of Christ, who constantly responds to the faith of the people of God with incarnate love. Here the gift of the Spirit is offered to us through this living memorial of Christ’s death and resurrection.

In such an exchange, the priest’s role is that of minister—servant of the one who prepares the feast, and spokesperson for the church who gathers to receive it. This communion with God is not magic. The words of institution and consecration are not incantations that force God to act. Rather, it is a miracle, a free action of God, beyond anything nature can achieve or human beings can rightfully expect. Of all the sacraments, the Eucharist is the most treasured, because in its simplicity it proclaims all that is accomplished through the incarnation: the welcome of the stranger, the healing of the sinful, the inclusion of the alienated, the sanctification of the people of God through constant and irrevocable communion in Christ. These are not things that we accomplish or earn, but things that God accomplishes in us and for us, whenever we stand hungry at the altar, whenever we open our hearts and hands to receive God’s gift.

The original sin of the church, clericalism, emerges when those called to minister the sacraments begin to believe that the sacraments belong to them, or are a product of their special power as God’s chosen vessels. In such cases, instead of being a servant at the table of the Lord, the ordained minister begins to act like he is the host, empowered to set up criteria of reception not present in the example of Christ. The Eucharist itself, the mystery of Christ’s presence given to the people of God, becomes a tool to be used according to the discretion of the ruling cleric. In such times, access to the sacrament is denied or granted, not according to the conscience by which God speaks to the heart of the individual, but according to the power of the clerical authority.

Such a vision is contrary to the practice of Jesus in the New Testament and to the notion of ministry exemplified in the early church. Far from being the gatekeepers of the Eucharist, the ordained are called to help the gift of the Eucharist become fully visible for God’s people by welcoming and inviting all people in imitation of Christ. In this role, one might well quote St. Paul: “It is no longer I who live, but Christ lives in me” (Gal 2:20). As Pope Francis reminds us, such ministry should inspire humility in all those called as pastors, for the gifts we minister do not belong to us. It is not by our goodness that the table is set, not by our power that the common elements of bread and wine become vessels of grace and divine presence, not by our virtue that the spirit of God moves in the hearts of believers. All of these are the work of Christ, through his body the church.

Far from being the gatekeepers of the Eucharist, the ordained are called to help the gift of the Eucharist become fully visible for God’s people by welcoming and inviting all people in imitation of Christ.

Unlike the priesthood of Aaron in the Old Testament, the ministers of Christ’s church are not uniquely chosen to pass through the curtain of the sanctuary and make sacrifice to God on behalf of the people. Jesus Christ—the Son of God—has offered that sacrifice once and for all, and through the gift of the Holy Spirit at Pentecost, the holy sanctuary has now become the whole world. This is what the Second Vatican Council meant by “the priesthood of all believers.” While some of us may be called to lifelong service through ordination, such ordination does not place a cleric above the church. It does not make the priest or bishop a mediator between God and God’s people. Rather, ordination makes one a servant of the mediation that Christ himself has achieved through the blood of his cross.

Today, while Pope Francis promotes humility in pastoral leadership, where “those who preach…recognize the heart of their community and…see where the desire for God is lively and ardent,” there are others in the church who wish to control access to the Eucharist, and to use the body and blood of Christ as a cudgel to punish or train. Ignoring that the sacrament both is Christ and belongs to Christ, such church authorities, on their own initiative and often in opposition to the larger church, take on the role of guardian of the altar or the bouncer from the feast—usurping the role of Christ who calls all to the table.

Jesus never comes with a threat, never teaches by withholding his presence, even to the spending of his life.

In this sacrament, Jesus speaks to the heart of his people and forms them as he feeds them. Christ never withholds food to impose obedience; rather, he sets his table among the sinners and gains their hearts by pouring out his own body and blood. Submission to him comes from his submission in love to us. His teaching comes in word and act, in the healing of the leper and the calling of the tax collector. Jesus never comes with a threat, never teaches by withholding his presence, even to the spending of his life.

While we must, in humility, respect the authority of teachers in the church, those who seek to teach by withholding the Eucharist abuse the very sacrament they claim to defend.

Even if we bracket the question of intercommunion among different Christian churches, and acknowledge that—through a just process and in extreme circumstances—a baptized Catholic may be sanctioned by the church, we must question the individual bishop who uses the Eucharist in a preemptory manner, without process or appeal. One who seeks to teach by withholding the Eucharist abuses the very sacrament he claims to defend. For if it is Christ, alive in the church, who sets the table and draws up the guest list, who gives his body as food to show the vastness of his love, who am I, even if I have been given high office, to amend his invitation in a way contrary to the example of Jesus? No individual who is called to wait at table is greater than the One who sets it, but should submit in humility to his guidance, or leave the table to others.

I love the Eucharist, and though I know I don’t deserve it, I am happy to be here, with all the other sinners. 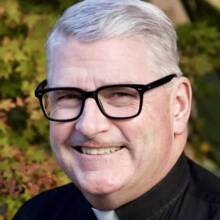