My name has been in my family for seven generations. Here’s what I hope it means for the next one. 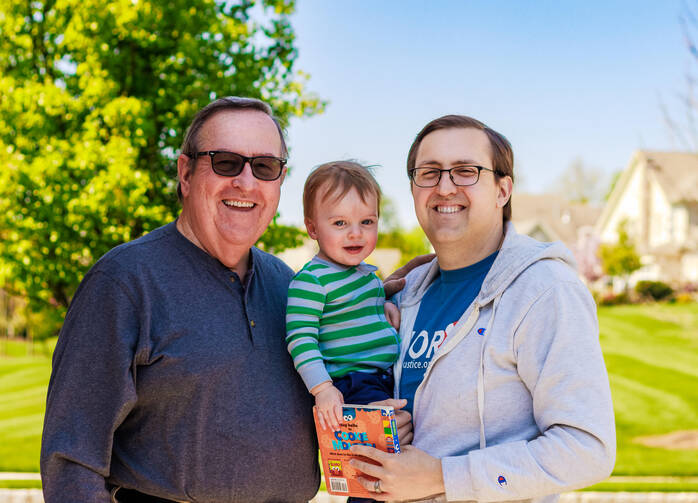 Three generations of John James Doughertys: the author, his father and his son. (Photo courtesy of the author)

I have always known what I would name my first son.

My name is John James Dougherty VII. I am part of an unbroken chain of Johns, going back centuries, crossing oceans. I was thrilled to learn this as a child. It made me feel like I was part of a long, epic story. Not only that, but it was a tradition I would be able to pass along to the next generation. Whenever my family joked about what I would be like as a parent (or when I received some variation of the “Someday, when you’re a parent...” lecture), they always referred to my hypothetical future child as “John the Eighth.” While I was dating the woman who would become my wife, she picked up on this and started referring to him as “El Ocho.”

Long before he was born, he had a part in this story.

Then, finally, in December 2020, John James Dougherty VIII came into the world. After years of speculation, he was real, not just an idea or a hope. Passing on the name was such a given throughout my life that it was not until after he was born that I really thought about what our family’s naming tradition meant to me, and what I hope it means to him.

I am part of an unbroken chain of Johns, going back centuries, crossing oceans.

I should say that, while the name remains constant, the people who held it have been very different. John James Dougherty the first was born in Ireland in 1830 and grew up during the potato famine. Our family were farmers in County Donegal on the Inishowen Peninsula, the traditional home of the Clann O’Dochartaigh. He passed the name to his son. We can tell that John James II considered the name meaningful, because when his eldest son (John James III) died at a young age, he gave the name to his third son, my great-grandfather.

John IV, called “Red John” by friends and family, was the one who came to the United States in search of new opportunities. He settled in the dense immigrant neighborhoods of south Philadelphia, where he tried his hand at various jobs, including a chauffeur service for dockworkers and operating a speakeasy out of the basement of his home on Federal Street during Prohibition. When the Depression hit, things were so bad in America that my family moved back to Ireland to work the farm.

They returned when my grandfather, John V, was 12, having already learned most of his high school algebra in two years. My great-grandfather sent him to St. Joseph’s Prep, a Jesuit high school in Philadelphia, because he believed their acceptance letter was better written than those from the other schools. So began my family’s affection for the Jesuits. My grandfather served on a submarine in the Pacific (the U.S.S. Flying Fish) during World War II and attended Villanova University on the G.I. Bill, launching a career as an electrical engineer. The family moved to Northeast Philadelphia, where my father—John VI—and his six siblings grew up.

My dad also attended St. Joseph’s Prep and Villanova and followed in Grandpop’s footsteps to become an electrical engineer. He worked for General Electric for 40 years. He is also an inventor and holds 50 patents; as a kid, I would find notepads covered in sketches of circuits—new ideas coming to life.

And then there is me. My Jesuit education took me in a different direction, and I am now a campus minister at another Jesuit high school, father to two children and—in my very limited free time—I write for publications like America. This long line of John James Doughertys have led very different lives. Still, I feel a sort of kinship with all of them through our shared name.

I do not know why the first John James passed down his name or why the second kept it going. Maybe it was a desire for a sort of immortality, a sense of pride or legacy. Maybe it was a more personal reason I could never guess. My decision to give the name to my own son was born of a desire to keep this family story going. I did not want it to end with me.

I realize that this tradition might sound silly to some. And I also know that both my son and my daughter, no matter their names, will carry on the family story. Even at their young ages, they already are a part of it.

With a tradition as long-lived as this one, I felt a certain responsibility to keep it alive. But my choice was about surrender as much as it was about continuity. This became clearer to me after Johnny’s birth. When we gave him the name, I also relinquished some of my control over it. I gave up my right to have the final say on what being John James Dougherty means. Now he can do what he pleases with it.

Being a part of this family legacy has been deeply humbling. I am reminded that I am not the beginning nor the culmination of this story, simply one part of a larger tradition. I have put my own spin on it, before stepping aside to let the next John James Dougherty take center stage. The tradition does not cement us in our identity but rather helps us understand that our lives are never just our own. It reminds me of St. Ignatius’ Suscipe prayer (“Take, Lord, and receive, all my liberty...”), and the idea that the truest act of love is giving. I give the tradition over to my son, to keep it or let go of it.

My choice was about surrender as much as it was about continuity.

I hope I teach my son important lessons and help him to grow into a good person. But it is inevitable that his experience as John James Dougherty will be radically different from mine. I have to give him the same freedom I had to take this name, this tradition, and give it personal meaning. Maybe it will not mean anything to him, and he will have no desire to pass it along. That is the risk and beauty of handing over something precious.

My son is too young now to understand any of this. He cannot even say his name yet. Still, I think about how I will explain this tradition to him when he is old enough. I will tell him it is a reminder of our shared history, of the journeys our family undertook, the hardships we faced, the homes we left behind and discovered. And it is a way of setting the stakes for our work in the present and giving a face to the future.

Our shared name is a constant nod to the generations that I hope will follow, a reminder that the work I do today is not on behalf of some shapeless ideal of a better world, but for the world that my children will grow up in, and their children, and their children. John James Dougherty X is only a hypothetical, but the choices I make now will shape the sort of world he may be born into.

I’ll probably have to simplify it a little; that seems like a lot to put on a child. I am a writer, so maybe I will just use a metaphor. This tradition, I could tell him, is a book. Each generation turns to a fresh page. Your name, passed down through the years, is one aspect of your life. It is a pen that may help prompt you to tell your own story. It’s in your hand now. I can’t wait to see what you write. 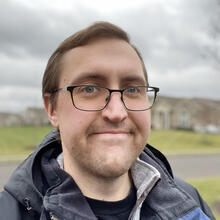