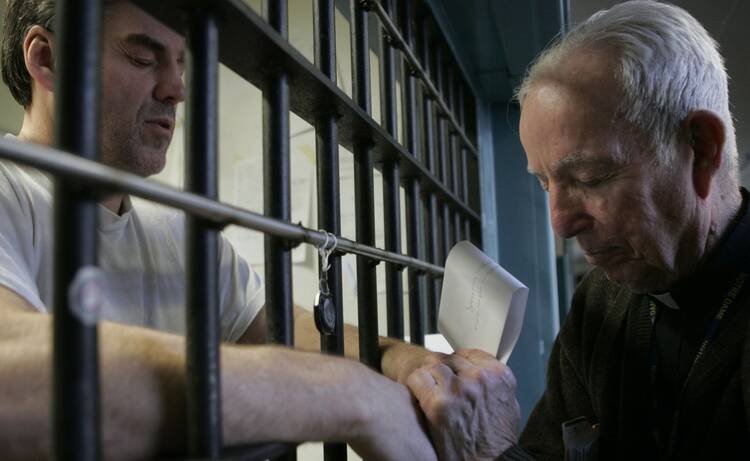 For many Catholics, Good Friday is the one day each year that we fully immerse ourselves in the story of Jesus’ execution. We venerate the cross, touching and kissing the Roman state’s preferred instrument of capital punishment. We pray the Stations of the Cross, keeping vigil with Jesus from his death sentence to his merciless public killing.

Though this day focuses our gaze upon the brutality of Jesus’ execution, many still fail to see its relevance to our modern-day criminal justice system. In reality, Good Friday is when every Catholic should be contemplating the sin of capital punishment and our moral imperative to end it.

Though this day focuses our gaze upon the brutality of Jesus’ execution, many still fail to see its relevance to our modern-day criminal justice system.

Like the mob that condemned Jesus, we still sentence people to death in the United States (almost 500 in the last decade) and blatantly disregard the sanctity of their lives. And like Pontius Pilate, we willfully ignore that some of these people are innocent (as many as 4.1 percent, by some recent estimates).

Like the crowds on the road to Calvary, we jeer at those burdened by the weight of their death sentences, relishing their torment. Like the Roman soldiers, we administer their sentences methodically, piercing flesh with lethal injections as easily as Jesus’ was pierced with nails and thorns.

Arguably every step along Christ’s Passion begs us to reckon with the modern system of capital punishment. Though now it is conveniently contained in sanitized “death houses,” the death penalty is as cruel and barbaric today as it was in Jesus’ time.

Christ’s sacrifice on Good Friday is his final, most decisive refutation of the saying “an eye for an eye.”

And yet, in my five years leading Catholic Mobilizing Network, which organizes Catholics and people of good will to end the U.S. death penalty, I have seen how many people, churchgoing Catholics included, will deny these similarities. To them, the dozens of executions we carry out in the United States each year are justified, often due to a distorted understanding of “An eye for an eye” (Lev 24:20).

Nothing could be further from the Good News Jesus came to share. If anything, Christ’s sacrifice on Good Friday is his final, most decisive refutation of “an eye for an eye,” or at least any interpretation of this saying that would endorse retribution and vengeance.

Jesus first addresses the saying in the Sermon on the Mount: “You have heard that it was said, ‘An eye for an eye and a tooth for a tooth.’ But I say to you, offer no resistance to one who is evil” (Mt 5:38-39).

[Related: Pope Francis has shown the U.S. a new path for ending the death penalty—for good.]

It isn’t until Good Friday that he demonstrates the full extent of what he has so radically preached. On the road to Calvary, Jesus does not repay evil for evil; on the cross, he does not demand a “tooth for a tooth.” Instead, he shows us what it looks like to “love your enemies, and pray for those who persecute you” (Mt 5:44). The final words he leaves us with are “Forgive them, Father, for they know not what they do.”

It often seems as though Christians have yet to embrace Jesus’ merciful example when it comes to the death penalty, the very practice through which his example of mercy was made. Today, Catholics oppose capital punishment at only a marginally higher rate than the general public, even though the Catechism of the Catholic Church teaches that the practice is “inadmissable” in all cases.

What is it that we are missing? Why is it that so many of us shed tears in remembering Christ’s execution on Good Friday yet condone the state-sanctioned killing of our neighbors throughout the rest of the year?

When Jesus comforted the women of Jerusalem on his journey to Calvary, he told them to “weep not for me; weep instead for yourselves and for your children” (Lk 23:28b). We are these children, the descendants of Jerusalem who continue to kill in the name of justice, in the name of “an eye for an eye.”

Too often our actions repudiate what Jesus modeled, and they ignore the truth that on Good Friday he died for every single one of us.

If we lived as Jesus instructed us, we would more readily see the face of the suffering Christ in our brothers and sisters on death row: people like Melissa Lucio, a mother who is scheduled for execution in Texas on April 27, even though there are serious doubts about her guilt. We would advocate for the lives of Carl Buntion and Oscar Smith, who also face execution this month and who, although they are almost certainly responsible for their crimes, are still human beings with inviolable dignity. We would look for Christ in the face of Dzhokar Tsarnaev, whose federal death sentence was just reinstated for his role in the Boston Marathon Bombing, the 13th anniversary of which falls on Good Friday this year. And we would speak out against efforts in South Carolina and Arizona to restart executions in the coming weeks using barbaric and antiquated methods like the firing squad and the gas chamber.

Jesus died for these men and women, too. It was for them as much as you and me that he suffered execution and forever flipped the script on “an eye for an eye.”

This Good Friday, as we venerate the cross and walk the Via Crucis, may we at last let Jesus’ execution story transform our hardened hearts and empower our actions to end the death penalty in our modern world. 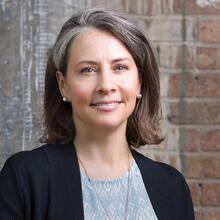