Can you be pro-life and own guns? 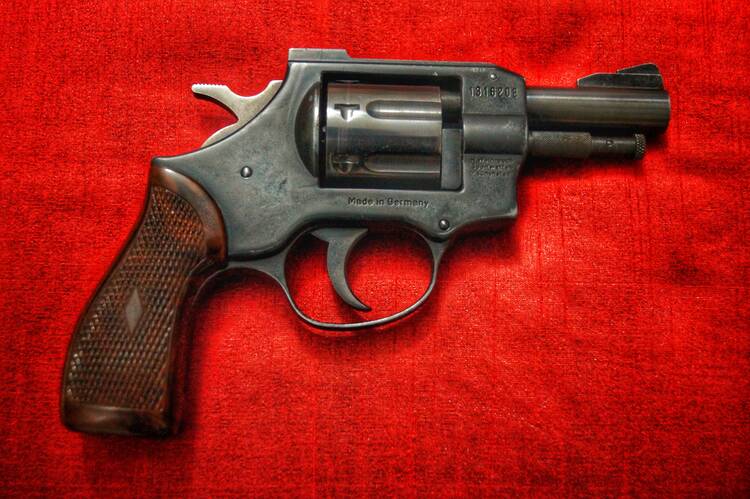 Photo by Arnav Singhal on Unsplash

I was in elementary school when I had my first personal experience with gun violence. My younger sister and I had gone out to meet our mother in the garage when she got home from work. She was crying. “David is dead,” she told us.

David was my friend’s stepfather. He had big eyes and a gentle soul and he was always kind to me. He had a big black mustache and drove a Pontiac Fiero, which always fascinated me because the engine is in the back of the car. David was a Vietnam vet. My mother explained to me after my sister went to sleep that night that David had shot himself in his bathroom.

“Why did he do that?” I asked my mother. She told me that he was sad. I didn’t understand.

We will no doubt continue to disagree on specific policy. But to move forward, we must center our conversation around the sanctity of human life.

According to Statista, 42 percent of Americans own a gun. Yet there are more guns—around 400 million—than there are people in this country, so many people own more than one. In 2020, more than 45,000 people died because of gunshot wounds, and 57 percent of those deaths were suicides. Most gun-related deaths each year are suicide, which made up about 60 percent of gun deaths over the last decade.

Why do people own guns? Self-defense is the main reason gun owners give, followed by hunting, according to Pew. But guns can also convey power and security to their owners. Often, those who abuse the right to bear arms feel powerless and hopeless. People who commit suicide often feel the same.

Are guns evil in themselves? St. Augustine said that evil exists in the free will of human beings. Things are not evil in and of themselves, he would argue. It is rather how things are used. I tend to agree. Even when guns are used to kill—as in the case of self-defense—are we sure that their use is wrong? These questions become more complex in light of Ukraine handing out more than 18,000 guns to its citizens to defend itself from a Russian invasion.

Often, those who abuse the right to bear arms feel powerless and hopeless.

The first gun I ever held—one of the few—belonged to my maternal grandfather in the Dominican Republic, where I was born. I was a kid, and he let me hold his .38 snubnose because he could be sure it was empty. There is a strange gun culture in the Dominican Republic. I suspect that’s at least in part because of Raphael Trujillo, our pedophile, rapist, murdering dictator who ruled from 1930 until his assassination in 1961. Among his crimes was a 1937 massacre of tens of thousands of Haitians. In the end, Trujillo himself died by the gun, shot to death when my mother was only a child.

Given this trail of violence and suffering, can I, as a pro-life Catholic, support gun rights and ownership? I think the answer is yes. Based on my experience, citizens of democratic republics should be allowed to own guns. I think these are difficult questions because they involve those self-defense concerns mentioned above—including against tyrannical dictators—as well as the fact that guns are often abused.

I don’t own a gun, but I’d say most gun owners don’t like to flash them around.

I don’t own a gun, but I’d say most gun owners don’t like to flash them around. As a kid, I had a friend next door whose dad had guns, I was told, but I never saw them. My friend wouldn’t even point a toy gun at anyone because he took it so seriously. One of my best friends today is a gun owner. He and I used to live in the same house, but I’ve never seen any of his guns. Gun theft is a serious problem, but I’m not convinced that’s the reason they keep them private. I would like to think most gun owners realize that what they own can kill a human being.

Nearly half of Americans say that gun violence is a major national problem, and it’s not hard to understand why. Most of us weren’t paying attention, but there were 34 school shootings in 2021. It happens so often that we get numb to shootings until they happen in our own communities.

It also feels wrong to use numbers so casually. All of these victims have names. They have families. They were all created in the image of God at the moment of their conception. And shouldn’t they still be with us? Do we struggle to talk about this because some Americans actually value guns more than they value human life?

The dignity of human life is the foundation of Catholic social teaching. I’d say how Catholics feel about gun ownership has a lot to do with how they see it vis-à-vis human dignity: Do guns defend or denigrate human dignity?

We will no doubt continue to disagree on specific policy. But to move forward, we must ground ourselves in Catholic teaching and center our conversation around the sanctity and defense of human life. For human life is precisely what is at stake.