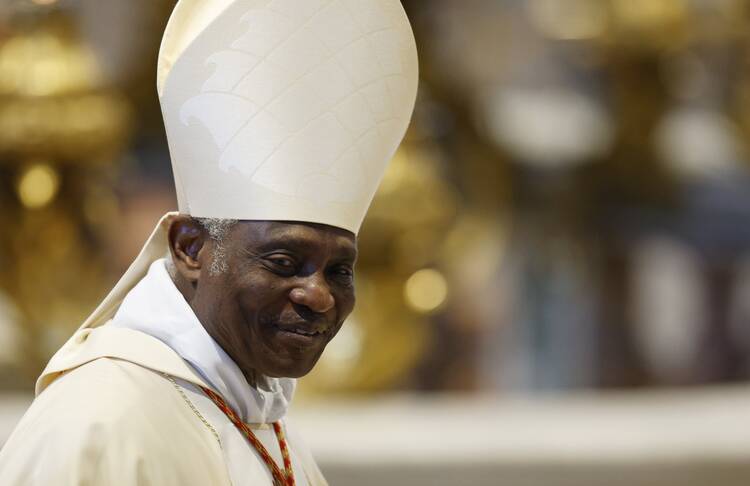 He succeeds the Argentinian bishop, Marcelo Sánchez Sorondo, who turns 80 next September and has been chancellor of the academies since 1998.

The Pontifical Academy of Sciences was founded in Rome in 1603 as the first exclusively scientific academy in the world. It appointed Galileo Galilei as a member in 1610. It is international in scope, multiracial in composition and nonsectarian in its choice of members. Its activities range from a traditional interest in pure research to a concern with the ethical and environmental responsibility of the scientific community.

The Pontifical Academy of Social Sciences was established by Pope John Paul II on Jan. 1, 1994. Its aim is “to promote the study and progress of the social, economic, political and juridical sciences, and of thus offering the Church the elements which she can use in the study and development of her social doctrine” (“Vitae Mysterium” No. 1).

He succeeds the Argentinian archbishop, Marcelo Sánchez Sorondo, who turns 80 next September and has been chancellor of the academies since 1998.

Today’s appointment came as no surprise. It had been rumored for some time that Pope Francis would appoint the internationally well-known and much-liked Ghanaian cardinal to another high-level position in the Holy See after he completed his five-year term as prefect of the Dicastery for Promoting Integral Human Development. He was at that time the most senior African prelate working in the Roman Curia. In December, Pope Francis announced that the Jesuit Cardinal Michael Czerny would succeed Cardinal Turkson as the interim head of the dicastery.

Since 2009, Cardinal Turkson has represented the Holy See at the highest levels internationally, including at conferences of the United Nations and at the Davos summit in Switzerland. He has engaged with government ministers on all continents and is known to the churches across the globe. He has spoken on many of the major topics in the field of social justice, human rights, peace, the environment and, more recently, on the pandemic and looking to the post-pandemic world.

His new position allows him greater freedom and enables him to continue along much the same track, focusing on specific issues of global importance without the heavy burden of having to manage a complex department of some 70 staff, as he had done for the past five years in the dicastery for human development.

It had been rumored for some time that Pope Francis would appoint the internationally well-known and much-liked Ghanaian cardinal to another high-level position in the Holy See.

Born into a family of 10 children in Western Ghana, Cardinal Turkson told me in an interview for La Stampa in 2012: “My paternal uncle was a Muslim. We lived together; we don’t have any trace of fear of Islam in my family. My mother was a Methodist, my father a Catholic. This is the inter-religious family and context in which I grew up.” He said that his uncle took care of him when he was a boy, and “when he grew old I took care of him until he died.”

Cardinal Turkson studied in seminaries in Ghana and New York and was ordained to the priesthood in 1975. After doing pastoral work for a few years, his bishop sent him to Rome to study Scripture at the Pontifical Biblical Institute, where he gained a licentiate and a doctorate in scripture studies. He speaks several languages besides English, including French, Italian and German.

St. John Paul II appointed Cardinal Turkson as archbishop of Cape Coast, Ghana in 1992, and named him a cardinal in his last consistory in 2003. Pope Benedict XVI called him to Rome in 2009 to serve as president of the Pontifical Council for Justice and Peace. Pope Francis confirmed him in the latter post and then, as part of his reform of the Roman Curia, appointed him as the first prefect of the new Dicastery for Promoting Integral Human Development. The dicastery came into existence on Jan. 1, 2017, following the incorporation of several pontifical councils into it, including the Pontifical Council for Justice and Peace, which the cardinal had led.

Cardinal Turkson participated in the last two papal conclaves—2005 and 2013—and was listed in the international media among the “papabile,” or candidates to be pope

He participated in the last two papal conclaves—2005 and 2013—and was listed in the international media among the “papabile,” or candidates to be pope, at the last conclave. He is very close to Pope Francis, and today’s appointment is a confirmation of that relationship.

The Pontifical Academy of Social Sciences has “no less than 20 and no more than 40 men and women” pontifical academicians “suitably representing the various disciplines of the social sciences and geographical regions.” They are appointed by the pope “after nomination by the Academic body on the basis of their competences and outstanding contributions in the social sciences, and of their moral integrity.” The academy is headed by a president and assisted by the chancellor, both of whom are appointed by the pope. The chancellor effectively runs the academy.

Both academies are headquartered in the Casina Pio IV in Vatican City. Completed in 1561 as a summer residence for Pope Pius IV and surrounded by the trees and lawns of the Vatican gardens, the Casina is a well-preserved treasury of 16th-century frescoes, stucco reliefs, mosaics and fountains. The chancellor can choose to reside there.