Is it time for an 11th commandment? 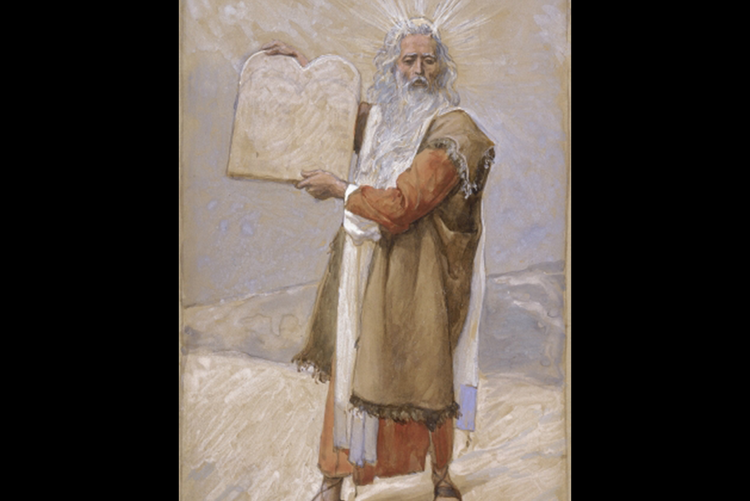 Sure, coveting is bad. Stealing, adultery, murder—the worst. But I spend most of my life not doing any of those things and at best I get a C in being a good person. The fact I don’t swear or take the Lord’s name in vain doesn’t mean I didn’t shout at that lady in the Buick who turned into my path in the crosswalk last weekend. I may avoid lying, but boy can I gossip. (Between us, you will not believe what this guy in my office did last week.) And who needs coveting my neighbor’s goods when I can just buy and consume all kinds of goods of my own? Sorry, the environment!

There’s a problem with the Ten Commandments: You can follow them and still be a pretty terrible person.

Many of us were taught as kids to use the Ten Commandments as sort of a confessional checklist. I have definitely heard confessions from adults that went that way, too. “This month I had three lies, four impure thoughts, dishonored my parents twice, and didn’t go to Mass last week.”

But the Ten Commandments were not designed to be the SparkNotes for sin. No, they were basically the stipulations in the God-Israel prenup: God gave them to Moses at the time he was making his covenant with the Israelites, and the point of them was, break any of these rules and “We are so over.” That’s why so many of the commandments start with “Thou shall not.” God wasn’t trying to be a downer or a control freak. He was laying out the boundaries of this relationship.

A lot of people believe the real commandment to follow is Jesus’ words in Matthew: “Love your neighbor as yourself.” And there is a lot to recommend that. It frames our life in active, positive terms. As life strategies go, “thou shalt not” is pretty much the worst. Being a good Christian or a good (and happy) person is not primarily about what you keep yourself from doing, but what you do. It’s about our deeds.

Also, while there are many different ways of thinking about Jesus, dig down and pretty much all of his choices come back to love. Time and again he tries to care for others, especially sinners.

It’s worth taking a second to think about that: Jesus spent his time helping people who have done bad things, and other people whom society had rejected as unclean, immoral or not even fully human. It sounds great until you start putting it in concrete terms, like Sister Helen Prejean working with death row inmates and speaking against their execution despite the fact they had murdered people; or Father Robert Nugent and Sister Jeannine Gramick insisting on the humanity and blessedness of L.G.B.T. people when many in the church wouldn’t. Then it can get pretty challenging.

It sounds more than a little narcissistic to say that the measure of your love for others should be yourself.

Honestly, love thy neighbor is even a test when I think of it in terms of my actual neighbors, like the family to my right who refuse to fix their fence or the ones to my left who leave their dog Cujo barking outside all night. Not only do I not love them, I want someone to steal that dog.

But Jesus’ commandment also has some flaws. It sounds more than a little narcissistic to say that the measure of your love for others should be yourself. Also, it assumes that we all have a lot of love for ourselves, when in fact many of us have spent our lives being told that we are not as worthy of love as others or that there is something wrong with us. Jesus’ command can even be used to reinforce that terrible message. Tell me you have never heard a homily on this idea where the point is “Look at how much you spoil yourself.”

Also, “love” is such a fuzzy word. We use it to mean so many things, and often just a general feeling of good will or affection. I love the White Sox. I love my car. I love my writing classes. It’s all good.

But the actual point of Jesus’ commandment is to actually do things, to care for people in the way that Jesus did—to be friends to those who we don’t already know or who aren’t easy to be with; to be open to those whose life choices challenge our own or whose company might make us look bad; to treat as human even those who may not have offered the same to others or themselves.

It was God’s lovingkindness that actually made him God to the Israelites.

In the Old Testament, when we see the word “love” or “mercy,” often the original Hebrew is “hesed.” But in fact that word is better translated as “lovingkindness,” and rather than an emotion it describes activity. Hesed is practiced, not felt.

It’s also an act of extravagance; it’s about going beyond what is expected of you by social or cultural standards rather than simply meeting them. If the social convention is to give a homeless man a dollar, hesed is about taking him to dinner, making a point of talking to him when you see him or helping him find a place to live. It is the word that describes the act of rescue, of forgiveness, of a friendship that gives past when it hurts.

When he gives Moses the Ten Commandments, God uses hesed to describe himself. “Then the Lord passed by in front of him and proclaimed, ‘The Lord, the Lord, a God merciful and gracious, slow to anger, and abounding in lovingkindness and faithfulness; who keeps lovingkindness for the thousandth generation, forgiving iniquity and transgression and sin.’” (Ex 34:6-7)

And in fact it was God’s lovingkindness that actually made him God to the Israelites. Throughout the Ancient Near East, divinity was not just accepted because someone pronounced it. It had to be proven through deeds. Just as we prove we are good friends by our willingness to be there when we are needed, God is accepted as God precisely because he rescues the Israelites.

Far be it from me to suggest that the Ten Commandments that the Lord God gave to Moses could use improvement. (Also, as David Letterman proved so many years ago, people love a Top Ten list.)

But if we’re going to continue to look to them as a sort of moral checklist, could we please add one: “Practice lovingkindness toward everything and everyone you meet.”