When we got a new bishop, he didn’t know about our archdiocese’s history of abuse. Then he listened to me and other victims. 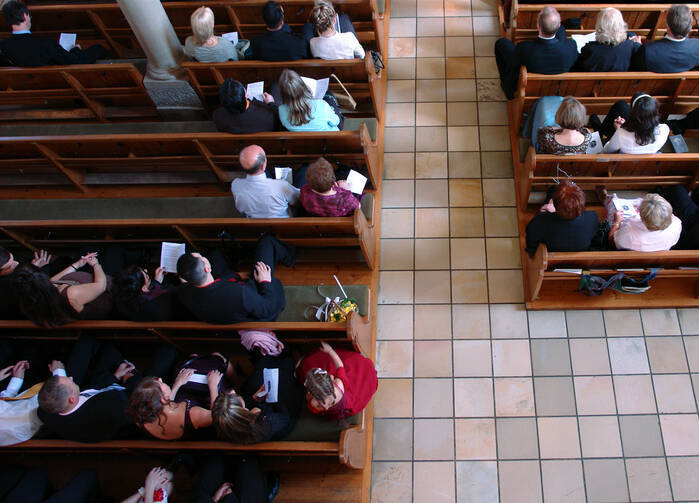 Shortly after Archbishop Donald Bolen was installed to serve as Archbishop of Regina, I and other victims reached out and requested to meet with him. We learned he was unaware of the area’s deep legacy of clergy sexual abuse. At the initial and subsequent meetings, he learned of the deep legacy of abuse and the painful, retraumatizing and broken process that myself and other victims were subjected to when they came to the church to report abuse. Those initial conversations resulted in an understanding and willingness on his part to walk with and work with victims. Over the next five years, through difficult but collaborative conversations with all parties, we have made significant changes both to prevent future abuse and to accompany victims. We continue to take steps to help the institution to listen to, learn from and walk with victims and survivors of clergy sexual abuse.

At the time, the Archdiocese of Regina, like other dioceses, did not have a dedicated position to work with victims of clergy sexual abuse, and it was evident that was desperately needed. In January 2021, the Victim Services and Advocacy position was created, with me taking the position. The primary focus was on victims, including advocating for victims, accompanying them and assisting the diocese in proactive and educational work to make the church as safe a place as possible.

While clergy sexual abuse has occurred throughout the church’s history, it has only truly been reported for the last 100 years in Canada.

While clergy sexual abuse has occurred throughout the church’s history, it has only truly been reported for the last 100 years in Canada. Until recently, the church often made excuses that sexual abusers had simply suffered from a moral failing, and some perpetrators tried to claim that no one was really hurt by their abuse. For example, the description of one perpetrator in the 2018 Pennsylvania grand jury report on sex abuse in the Catholic Church stated that “[b]asically if he had not got caught he would be continuing the behavior without really thinking it was [sic] not that sinful.” Society now knows that sexual abuse is not just a moral failing; it is an evil that has devastating consequences, resulting in lifelong trauma. But the questions remain: Why is clerical sex abuse still occurring? Why are victims still being judged? Why are there still offending priests in ministry? Why are victims still being silenced?

Victims of childhood clergy sexual abuse—and all people who have been sexually abused by clergy—carry deep wounds. Victims are commonly blamed, marginalized, stigmatized and ultimately silenced for no other reason than that they have spoken their truth. Many Catholics do not want to hear that truth; they would rather bury their heads in the sand than stand up and side with those voices. Too often, when survivors speak of their abuse, it leads to re-victimization and re-traumatization. Historically, when victims have spoken out, they have been deemed disloyal to the church. The shame, blame, pain and turmoil that resulted when they spoke out was too often framed as an injustice to the church and clergy, in a narrative controlled by those considered loyal to the church. Although many victims never thought the pain could get worse, even deeper wounds were inflicted upon coming forward.

It is not just the sufferer of sexual abuse who faces such impacts. The pain and suffering of the families of victims and their communities are also all too real. Like a stone tossed on calm waters, the ripple effect continues to grow until one cannot see how far the rings reach.

It is not just the sufferer of sexual abuse who faces such impacts. The pain and suffering of the families of victims and their communities are also all too real.

Just imagine what happens when a young child is abused. The resulting trauma is so massive that no adult, let alone a child, knows how to deal with it. The effect is life-changing and lifelong, not only for the abused person but for others around them beginning the moment the abuse first occurs. Of course, no one suffers as much as the primary victim. But there is no doubt that a ripple effect is felt in the families of the survivors and will be passed on to future generations. Likewise, parish communities where the abuse has taken place may begin to move forward over time in the aftermath of the discovery of abuse, but the unspoken truth sits with a heavy presence. For this reason, any attempt to minimize the damage caused by the actions of offending clergy is misguided.

Structural and institutional change to address sexual abuse remains difficult to achieve in the church. Granted, documents and policies have been created and touted as best practices, like those found in “From Pain to Hope,” the 1992 report from the Canadian Conference of Catholic Bishops on child sexual abuse. Yet, when victims tried to force implementation of such policies, they were told these best practices were no more than guidelines. There was no way to hold those in power accountable.

Over the last few decades, victims of sexual abuse in the church have become more vocal, despite attempts to silence them and the fact that they are often threatened, discarded and blamed. Sadly, few dioceses around the world have moved toward holistic, pastoral processes in dealing with sexual abuse. The time has come to have difficult and necessary conversations about why, for so long, it was victims who were investigated (see 20-29 in the 2018 Pennsylvania grand jury report) instead of the clergy who were abusing them. It is time to realize that such practices inflicted deeper wounds and breached trust even further for victims. Any sign that they continue is a sign the church is not following the gospel of Jesus.

Every bishop, clergy and church member must come to terms with the true breadth and scope of the legacy of abuse in every diocese and every church.

In the past few years, we have heard calls to hold the church “accountable” by naming abusive clerics, by encouraging victims to go to the police and by demanding a process be set in place for handling any claims of abuse. But is accountability reducible to these things? In some places, those calling for these actions are not actually victims. Nor do they have a firm understanding of the cost these steps may have for a victim. There is no real process to ensure the above actions will not cause further harm.

We must not ask those who already have deep wounds to take on more burdens. For those victims/survivors who go to the police, it is their choice. For those who want to name the abuser, that is again a personal choice. Those that have been abused have already had their voices and their choices taken from them. Now is the time for others to listen openly and honestly to victims. Now is the time to honor survivors for the courage it takes to speak their truths, instead of placing unrealistic demands on them.

Accountability can take many shapes. For some it may be an admission by the church that the priests who abused and those that did nothing to stop them did not live up to the teachings of Jesus. For others, it may be the acknowledgment that the church cared more about its reputation than the people who were abused. Others will say it means accepting the painful reality that children’s lives were destroyed. These are all important but are not enough.

Victims are saying that it is time to walk with us, to listen to us, to include us, to be with us, to stop denying we exist, to stop saying this is all in the past, to stop the cycle of pain victims so often find themselves caught in. No longer can fellow clergy and bishops say they didn’t know that abuse caused grievous hurt and harm. No longer can those sitting in the pews say they didn’t know. It is time to stop minimizing the abuse as “just a few cases” and accept the reality that victims/survivors live with the pain of abuse from the moment they were first touched until the day they take their final breath. Once people accept this reality, the process of accountability begins.

What does accountability in the church look like? It is about clear policies, structures and avenues for recourse.

What does accountability in the church look like? It is about clear policies, structures and avenues for recourse. It is about basing such policies on best practices that will be used in a positive and life-giving way for victims, their families and the larger church community. It is about ensuring that the structures of the church are based on the foundational principles of the gospel of Jesus, principles of welcoming and seeking out those deeply wounded people and walking with them instead of trying to silence them. It is about entering into dialogue, no matter how painful, to find appropriate recourse and justice for everyone who has been affected by clergy sexual abuse. Most importantly, it also means taking none of these steps without the direct input from survivors in order to guide and direct the church in all matters related to clergy sexual abuse.

Accountability is about understanding that victims do not need a legal process through the church, but a pastoral one that is rooted in care, compassion, attention and understanding for those that come forward. It means using a holistic, trauma-informed perspective in order to allow people who come forward to share what happened to them in an open, honest, judgment-free process. It means preventing clericalism from entering into the process of defining, understanding and evaluating statements regarding abuse. It also means understanding that clergy hold an incredible amount of power, and that clergy sexual abuse is not only about profoundly inappropriate sexual activity but about a devastating manifestation of the abuse of that power.

Accountability is about learning to walk with victims. Sometimes that means just sitting with us in silence, or being with us in a very dark hour. It is about understanding the incredible pain and torment victims struggle with in coming forward, and supporting them in a positive way through the process, including providing long-term support starting the moment a person files a complaint. It means no longer saying to a victim that “we have determined you should be able to heal in x number of counseling sessions,” but instead asking what victims need and supporting them emotionally, spiritually, physically and psychologically in order to heal to the extent possible.

In the end, accountability is about what many Catholics believe life is about: to live out the gospel of Jesus and the mission of the church by seeking out the wounded and walking with them in their woundedness. For Catholics, we are called to do no less. 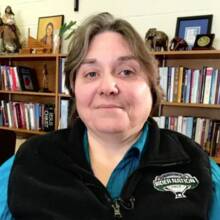 Pamela Walsh is a victim of childhood clergy sexual abuse. She is working with the Archdiocese of Regina in the position of Victim Services and Advocacy.