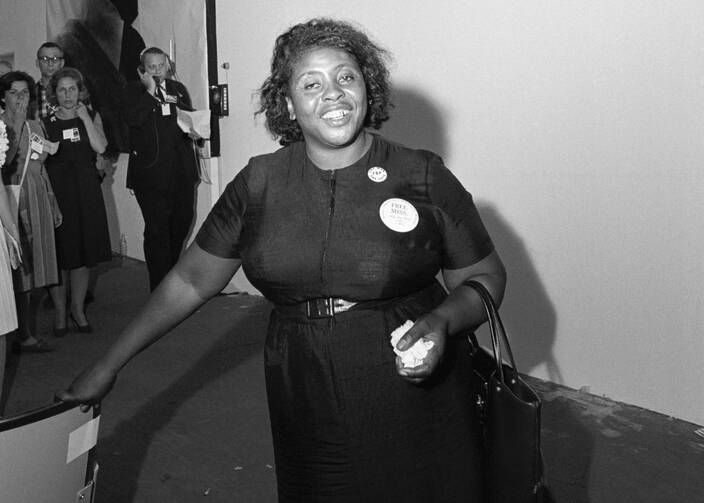 There are many reasons the life of Fannie Lou Hamer is notable. Born a child of sharecroppers in Mississippi, she became one of the civil rights movement’s most powerful voices. During her life, Hamer endured unspeakable hardship, including forced sterilization, state-sanctioned police violence and at least one attempt on her life. She worked as a field secretary for the Student Nonviolent Coordinating Committee and worked to register Black Mississippians to vote. She helped form the Mississippi Freedom Democratic Party to challenge the entrenched Mississippi Democratic Party that disenfranchised Black voters.

Hamer’s legacy is rightfully receiving renewed attention following the release of new biographies last fall, Walk With Me by Kate Clifford Larson and Until I Am Free by Keisha N. Blain, which are fitting efforts to honor her life, activism and legacy. Although she is known most widely for her tireless fight for the right to vote and her broader human rights activism, Hamer is also known in pro-life circles for her opposition to abortion. She is quoted as calling abortion “legalized murder” during a 1969 White House conference on food, nutrition and health.

In Until I Am Free, Blain writes, “Hamer viewed birth control and abortion as social justice issues. She feared that both were simply white supremacist tools to regulate the lives of impoverished Black people and even prevent the growth of the Black population.”

As the pro-life movement prepares for the possibility of a post-Roe America, there are several lessons it can learn from Hamer’s advocacy and the civil rights movement.

Renewed attention to Hamer’s legacy comes at a pivotal point for legal abortion in the United States. As the pro-life movement—of which I am an active member—prepares for the possibility of a post-Roe America, there are several lessons it can learn from Hamer’s advocacy and the civil rights movement.

The people most affected by an issue should be the centerpiece of the movement to deal with it.As a strategist for S.N.C.C., Ella Baker advocated for a grassroots organizing model that Blain calls, “the bottom-up, community-based political activism that was vital to the development of local leaders.” This model was centered on empowering local people to lead their own movements.

“These people,” Larson writes, “farmers, day laborers, and business owners, among others—were the source of motivation and momentum in their communities.”

Hamer was a visible member of her community and understood the hardships of that community because she lived with them every day. S.N.C.C. believed that building leadership from within the affected community was more important than recruiting high-profile leaders, especially people from out of state.

While much of the pro-life movement’s focus is justifiably on Washington, D.C., the challenges facing women and their babies are felt community by community across the United States. Leaders in the pro-life movement should listen to stories from the community level and provide resources and organizing at the grassroots level. We should be committed to listening especially to the stories of women of color in places like New York City, where more Black babies are terminated than are carried to term. In their annual conference, Rehumanize International, a nonprofit that advocates for a number of life issues, has been especially effective at this type of work, focussing on the voices of former abortion clinic workers, people with different abilities whose parents were pressured to abort them and women who have faced crisis pregnancies.

The pro-life movement should take it upon itself to ensure that as it engages in political activity to end abortion, it also provides for the material needs of families.

Advocacy is most effective when political action is combined with direct services.Early in her work for S.N.C.C., Hamer and her colleagues collected and distributed food for people in need. They provided material support for their community alongside their work registering people to vote. S.N.C.C. cared for the community, built trust and alleviated some of their immediate needs while advocating for more just systems at the same time.

If Roe v. Wade is overturned in the near future, the material needs of mothers will increase. Larson writes that Hamer once said, in describing her own pro-life views, “God didn’t create a mouth he couldn’t feed.” The pro-life movement should take it upon itself to ensure that as it engages in political activity to end abortion, it also provides for the material needs of families.

There are many examples of this type of effort. The Susan B. Anthony List, the nation’s largest political pro-life organization, has organized co-fundraisers that have raised money for pregnancy centers while they raised money for their own mission. They have also announced a new campaign, “HER Plan,” to provide funds and material needs to pregnancy resource centers in anticipation of the upcoming Supreme Court decision on Dobbs v. Jackson Women’s Health Organization. The theme of the March for Life in 2018 was “Love Saves Lives,” an effort to promote the work of pregnancy resource centers. Mercy Missions walks with women in need, raising funds for individual women facing crisis pregnancies. And as Senate Bill 8 has been implemented in Texas, pro-lifers from around the country have provided money and materials to pregnancy centers throughout the state.

We should challenge political parties that do not represent us.Hamer’s most famous effort was her attempt to seat the Mississippi Freedom Democratic Party at the 1964 Democratic National Convention. Poll taxes, literacy tests and other Jim Crow laws prevented Black Missippians from voting in “official” Democratic Party primaries. In response, civil rights organizations held “Freedom Vote” mock elections and eventually formed the Mississippi Freedom Democratic Party, traveling to the Democratic National Convention in Atlantic City demanding their right to be seated as the delegation from Mississippi. In the best-known speech of her life, Hamer captivated the nation as she told the credentials committee the story of her fight for the right to vote. Her powerful testimony built momentum for the eventual passage of the Voting Rights Act of 1965 and allowed for a new Democratic Party from Mississippi to be recognized at the next D.N.C. gathering.

If our political parties are not designed toward just ends, they deserve to be remade or disbanded.

American pro-life activists often talk about feeling “politically homeless” between our two major political parties: a Democratic Party whose commitment to justice does not include the unborn, and a Republican Party that pushes to end legal abortion without addressing the systems that create demand for abortion. To be clear, there is no comparison between those of us who are disillusioned and those like Hamer who were disenfranchised and discriminated against. While the situations are different in category and degree, we can learn from the example of Hamer and the M.F.D.P. If our political parties are not designed toward just ends, they deserve to be remade or disbanded.

Pro-life individuals should not wear this disillusionment as a badge of honor; we should see it as a call to action. We should not consider ourselves above the fray; we should feel challenged to make our political parties—and our political system—more just. Those who belong to political parties should demand more from them. Democrats have a moral obligation to demand that their party abandon the radical portions of their platform that would permit elective abortion through all nine months of pregnancy, force taxpayer funding of abortion and trample pro-life Americans’ conscience rights. Republicans should demand that their party do more for pregnant women and their families, face the realities of systemic racism and embrace a more holistic pro-life approach. Pro-lifers who belong to neither political party should find their own calling to work on individual policy issues, challenge candidates in both parties and advocate for structural changes that can allow for a more representative political system. Every single pro-life American needs to confront the unjust platforms of our two major political parties and find ways to disrupt this deadly status quo.

All civil rights depend on a democracy that works for all. Throughout Until I Am Free, Blain explains that Hamer centered many of her speeches around explanations of the U.S. Constitution. She did this to reveal to Black audiences their rightful place in American democracy and to demand the full rights of Black Americans guaranteed by that document. As she worked to make that demand a reality by registering people to vote, she was fired from her job, removed from her housing, beaten by police and harassed by state authorities.

Fannie Lou Hamer continued to fight so passionately for the right to vote because she understood that voting was fundamental to the protection of all of the other rights. All the issues for which we advocate, including the right to life, rely upon free and fair elections and a democracy that serves the will of the people. Pro-life leaders should strongly oppose voter suppression and efforts to subvert the results of free and fair elections. Even if we do not like the results of an election, the pro-life movement should not give cover to false claims of voter fraud or otherwise sow doubt about accurate results. The just ends of legal protection of unborn children should not be sought through means that would undermine our democratic republic. 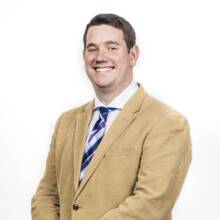 Chris Crawford is a writer and pro-life activist who lives in Silver Spring, Md.