Rejection is part of life—even for God 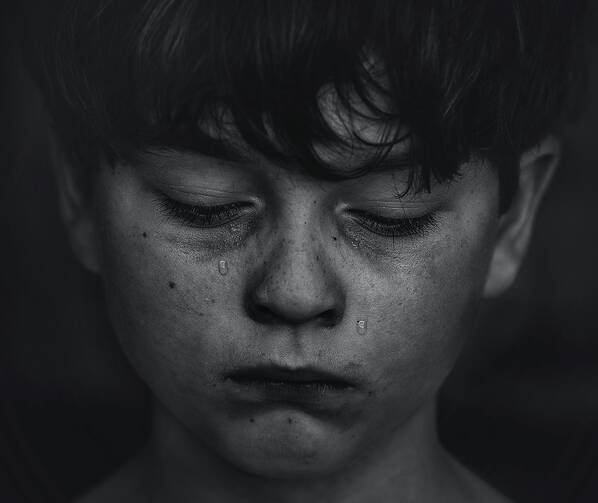 A Reflection for the Fourth Sunday in Ordinary Time

Everyone has experienced rejection. It is part of life, though we hope that it does not come too often or too early in the lives of the young. Isn’t that what so often sets someone’s life on a course of sorrow and sin—being rejected too young when we should be loved?

In his autobiography, The Seven Storey Mountain, Thomas Merton recalls with some shame a time that he rejected his younger brother John Paul.

I suppose it is usual for elder brothers, when they are still children, to feel themselves demeaned by the company of a brother four or five years younger, whom they regard as a baby and whom they tend to patronize and look down upon. So when Russ and I and Bill made huts in the woods…we severely prohibited John Paul and Russ’s little brother Tommy and their friends from coming anywhere near us. And if they did try to come and get into our hut, or even to look at it, we would chase them away with stones.

When I think now of that part of my childhood, the picture I get of my brother John Paul is this: standing in a field, about a hundred yards away from the clump of sumaches where we have built our hut, is this perplexed five-year-old kid in short pants and a kind of leather jacket, standing quite still, with his arms hanging down at his sides, and gazing in our direction, afraid to come any nearer on account of the stone, as insulted as he is saddened, and his eyes full of indignation and sorrow. And yet he does not go away. We shout at him to get out of there, to beat it, and go home, and wing a couple of more rocks in that direction, and he does not go away. We tell him to play in some other place. He does not move.

And there he stands, not sobbing, not crying, but angry and unhappy and offended and tremendously sad. And yet he is fascinated by what we are doing, nailing shingles all over our new hut. And his tremendous desire to be with us and to do what we are doing will not permit him to go away. The law written in his nature says that he must be with his elder brother, and do what he is doing: and he cannot understand why this law of love is being so wildly and unjustly violated in his case.

The human desire for love is unlimited, but our capacity is always curtailed.

Life is full of sinful rejections. Think of those who lose jobs and careers because of unjust decisions. Or of those who never even have a chance at such opportunities because of prejudices.

Are there parents who do not feel remorse because—being tired, depressed, frustrated or experiencing any of the other trials that assail our human condition—they failed to respond to their child’s enthusiasm with love? Or because they corrected their child in a way that suggested rejection?

And then there are those rejections that arise not from sin but through the inherent limitation of being human. You cannot date or marry everyone. You cannot admit each friend to the same level of confidence and intimacy. To decide for one is to reject another. The human desire for love is unlimited, but our capacity is always curtailed.

We have all known simple, honest rejection. Can we fault the other? We say that we choose to love everyone, but that avowal does not give us the capacity to share our time and attention equally with all who seek it.

The only one who can love all, without rejecting any, is God. That is what makes God, God.

Indeed, the only one who can love all, without rejecting any, is God. That is what makes God, God. In contrast, to be human is to have infinite aspirations but limited time and capacity.

The greatest of ironies lies at the core of the Gospel. God, who is not forced to favor some and to reject others, nonetheless lowers God’s self to become a lover who can be, and is, rejected by us.

There is a principle of biblical scholarship sometimes called “cutting against the grain.” If an ancient source reports something that appears to lower or shame the protagonist, it is most likely because this is truly what happened. Who lies to discredit themselves?

So, Jesus very likely did preach in his hometown, only to be visibly and forcefully rejected:

When the people in the synagogue heard this,
they were all filled with fury.
They rose up, drove him out of the town,
and led him to the brow of the hill
on which their town had been built,
to hurl him down headlong.
But Jesus passed through the midst of them and went away (Lk 4:28-30).

Thomas Merton wrote of his rejection of his kid brother: “Many times it was like that. And in a sense, this terrible situation is the pattern and the prototype of all sin: the deliberate and formal will to reject disinterested love for us for the purely arbitrary reason that we do not want it.”

Pondering the role of rejection in human life illumines an age-old question: Are there souls in hell? It is true that God need not, and does not, reject us. But, in love, God made us to be those who can choose. And in coming to us in Christ, God made it possible for us to reject love itself. Not on the brow of a hill, long ago, outside Nazareth. No, somewhere now, in our own lives.