20 years after Spotlight investigation of the Catholic sex abuse crisis, is the church a safer place? 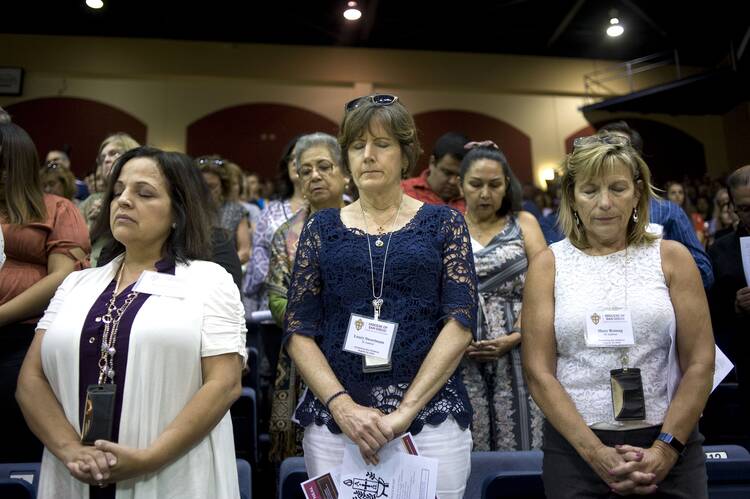 The events of Jan. 6, 2021, at the U.S. Capitol caused shock and dismay for most Americans, many of whom feared that our political system was much weaker than we had thought. On the same date nearly two decades earlier, we witnessed a similar crisis of confidence in the Catholic Church as a protector of all children.

On Jan. 6, 2002, on the Feast of the Epiphany, The Boston Globe published the first in a series of reports from its Spotlight investigative team, headlined “Church allowed abuse by priest for years.” While the findings were not a surprise to abuse survivors, the revelations that a previously unknown number of priests in the Boston area had sexually abused minors for decades devastated Catholics in Boston and, ultimately, the faithful around the world. The Globe had learned that instead of removing many of these offenders from the priesthood, church leaders had transferred some of the men to new assignments—where the priests continued to have unsupervised access to boys and girls and had not been provided with psychological evaluation or treatment.

On Jan. 6, 2002, on the Feast of the Epiphany, The Boston Globe published the first in a series of reports from its Spotlight investigative team, headlined “Church allowed abuse by priest for years.”

More distressing news followed. Parents who had reported that their children had been abused were treated by the church as if they, and not the predators, were the problem. There were confidential settlements, few apologies and, until the 1990s, limited services and little pastoral care for victims. Church leaders and attorneys appeared to do all they could to prevent scandal and preserve public trust in an institution that had failed to acknowledge, or report, many of the crimes committed by some of its ministers and had also failed to address the risk these predators posed to young people.

Soon after the Globe report, other newspapers published stories about clergy who had abused minors in nearly every diocese in the country. The media coverage prompted an unprecedented response from the U.S. bishops, who adopted the Charter for the Protection of Children and Young People, commonly called the Dallas Charter, in June 2002. The Charter set standards for responding to persons who had been abused, preventing future abuse, holding offenders accountable, and being transparent about allegations and those clerics who had been removed from ministry. And the bishops established a National Review Board of committed professionals to provide guidance on abuse-related issues.

Also in 2002, then-Bishop Wilton Gregory asked me to establish a National Office for Child and Youth Protection and to direct the implementation of the charter throughout the United States. Hundreds of women and men, lay and religious, began working together to create safe environments within the church’s various ministries and attempting to ensure that no other minors or vulnerable adults would be abused in the future.

The charter, however, was no magic bullet. It did not remove the pain and scars of the men and women who had been abused. It did not provide comfort to those who had reported their abuse to a trusted adult, even a parent or church official, and had not been believed. And the charter’s programs could not rebuild trust in the church without a sincere, ongoing effort by every bishop to reach out to those who had been affected by these offenses.

I am often asked whether the church is a safer place for minors who participate in Catholic ministries than it was before 2002. The answer is yes. But that is not a reason to let our guard down.

The charter’s programs, such as mandatory screening of candidates for ordination, abuse-awareness training and the removal of men from ministry who had committed even one act of abuse, were successful in significantly reducing the number of abuse cases but have not completely eradicated sexual abuse of minors by Catholic clergy. Since 2002, we have learned much more about sexual abuse by Catholic clergy, particularly as a result of the charter-required studies conducted by the John Jay College of Criminal Justice regarding incidents that occurred between the years of 1950 and 2002. This body of knowledge has become a resource for preventing abuse in the church and other organizations that serve young and vulnerable populations.

During the past 20 years, many law enforcement agencies have begun to focus on sexual abuse not only in churches but also in sports, youth organizations and educational institutions. They have prosecuted abusers and, in some cases, monitored Catholic dioceses’ responses to new allegations of sexual abuse. Some state legislatures have enacted “look back” laws, allowing for prosecutions and lawsuits against offenders and entities that had previously been protected by statutes of limitations. More adult survivors, learning that there were others abused when they were children too, have come forward to tell their stories without embarrassment or shame.

[Related: Catholics owe Marty Baron a debt of gratitude. He told us the truth about the clerical sex abuse crisis.]

Another “shock wave” of abuse reports came in 2018, when then-Cardinal Theodore McCarrick was revealed as an abuser of adult-age seminarians. (Mr. McCarrick has also been accused of sexually abusing minors.) In fact, attention to cases involving a power differential—such as would exist between a bishop and a seminarian, or between a priest and a “vulnerable adult”—was overdue and not surprising to those of us who were familiar with the existence of these types of cases. In his 2019 motu proprio “Vos Estis Lux Mundi” (“You Are the Light of the World”), Pope Francis defined a vulnerable adult as “any person in a state of infirmity, physical or mental deficiency, or deprivation of personal liberty which, in fact, even occasionally, limits their ability to understand or to want or otherwise resist the offense.” The inclusion of the term “even occasionally” recognizes that vulnerability may be present in specific and temporary situations (like retreats) that may occur multiple times, and may cause a person to not understand what is happening to them or be able to defend against maltreatment or manipulation.

I am often asked whether the church is a safer place for minors who participate in Catholic ministries than it was before 2002. The answer is yes. As surveys by the Center for Applied Research in the Apostolate and other credible sources reveal, reported incidents of abuse of minors by Catholic clergy have gone down substantially since 2002. That is not a reason to let our guard down, of course; we must remain focused on the goal of seeing no new cases.

As we begin the third decade of responding to the sexual abuse crisis, another important question remains. Has the church fully addressed the issues related to clergy and laypersons, including educators, who abuse or otherwise exploit or groom vulnerable adults, seminarians, counselees, spiritual directees and students? Here, the answer is “not yet.”

The goal of no more acts of abuse sets the bar at the highest point possible. The goal may be difficult to achieve, but to set a lower bar is to dishonor the thousands of boys, girls, men and women whose suffering should not be in vain.

Dr. Kathleen McChesney, a former F.B.I. executive, was the first executive director of the Office of Child Protection for the U.S. Conference of Catholic Bishops. She is the co-editor of Sexual Abuse in the Catholic Church—A Decade of Crisis and currently consults with dioceses and religious orders regarding ethics and misconduct issues.