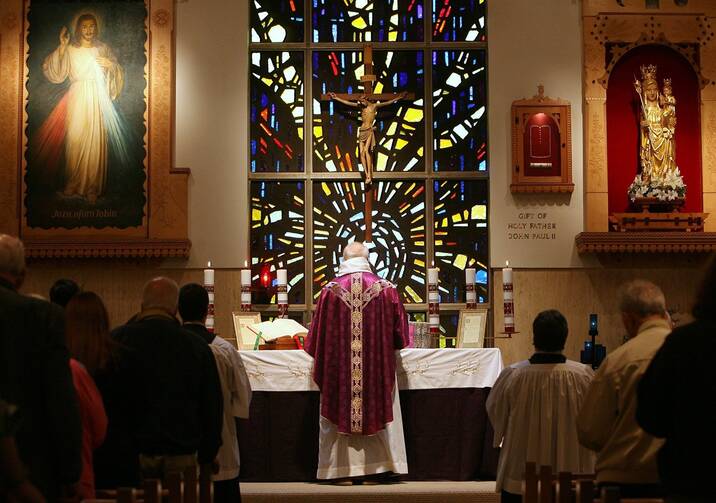 What if you schedule a schism and nobody shows up for it?

Recent edicts and explanations of edicts out of Rome have ignited a familiarly unpleasant conflict in the U.S. church. And yet, though this will infuriate a vocal minority of my fellow Catholics, I just don’t get the brouhaha over the traditional Latin Mass.

I do not miss the traditional Latin Mass, and I do not know anyone who does or who will likely miss it in the future. I have never been to a Latin Mass, except as an infant and toddler, so I cannot feel nostalgic for it. In fact, whole generations of Catholics around the world have come of age and remain faithful to the church without ever having attended a Latin Mass.

I suspect that almost no one in my parish or any parish I have ever belonged to, beyond their most senior members, has been to one. My parents’ generation surely has memories of it, but in 50 years I have never heard one of them express a yearning to return to the Latin Mass they grew up with, particularly the “low Mass” that would have been their typical experience.

I just don’t get the brouhaha over the traditional Latin Mass.

In fact, outside of a handful of influential newspaper, magazine and web columnists, and a small group of self-described “trad” Catholics, I don’t personally know anyone who is upset about the pope’s recent decision to rein in what had been an experimental reopening to the Tridentine rite. I suspect a lot of Catholics don’t even know that the Latin Mass tentatively returned under St. John Paul II and Pope Benedict XVI in the first place.

Mainstream media, following the lead of influential Catholic publications, love to amplify any whiff of conflict in the church—hence the extraordinary attention paid to the limitations recently restored to the “extraordinary form.” But I suspect this is a crisis and controversy less apparent IRL—“in real life,” as the kids say—than it is across the howling echo chambers of Twitter and of Facebook.

[Related: I love Pope Francis’ commitment to dialogue—which is why his Latin Mass restrictions confuse me]

Don’t get me wrong. I am sure there are a good number of Catholics this week struggling over the recent instructions from Rome on the hows and whens of celebrations of the old rite, but I am confident that the reaction of the vast majority of Catholics in the United States, and even more so in non-English-speaking countries all over the world, has been little more than a perplexed raise of an eyebrow.

It is simply a non-issue to the 99 percent of us out here in the pews who are far more anxious about keeping our schools and parishes afloat and persuading our pastors to step up their homily game a little. Some in the traditionalist camp may respond that those pastoral issues have spiritual origins in the suppression of the Latin Mass, but there is just no evidence that reverting to Latin is vanguarding a revival of Catholic pastoral life.

In fact, it has often worked in the opposite direction. Just ask traumatized parishioners struggling to understand what happened to their parish community after it was overrun in what amounts to a Latin Mass liturgical coup.

Mainstream media love to amplify any whiff of conflict in the church—hence the extraordinary attention paid to the limitations recently restored to the “extraordinary form.”

Some insist that Latin is the “language of the church.” It was for four centuries. But time has moved on and the church with it. Aramaic may have a better claim on that designation anyhow. It is not lace, incense and Latin that propels the church. It is the Word made flesh that we celebrate.

I grow weary of hearing the Mass I grew up with diminished and ridiculed. I have never experienced the dread “clown Mass,” so often reported in stories that circulate like Bigfoot sightings among critics of the “novus ordo,” nor have I experienced an irreverence to the Eucharist they insist is somehow inculcated by the ordinary liturgical form.

I do sometimes encounter people whose love for the church and the celebration of the Mass sometimes ends in well-intentioned misfires. (Yes, I have experienced a few bad liturgical dance moments.) So be it; accepting that liturgical risk is a far better service to the church than discouraging laypeople from having input into the liturgy.

The loosening of restrictions on the celebration of the old rite was actually intended to bring Latin Mass adherents closer to the church. Instead, many merely grew to feel suspicion, if not contempt, for the liturgy in the vernacular established by the Second Vatican Council. Pope Francis concluded that the unity his predecessors sought had been frustrated and that the liberal allowances for the use of the Tridentine form were creating more harm than good.

So he began reeling that “reform of the reform” back in.

As Michael Sean Winters, a columnist for the National Catholic Reporter, has already pointed out, the personal attacks on Pope Francis from proponents of the Latin Mass are evidence enough that the pope was not wrong to be concerned about the contemporary fascination with the old rite. Though I know it is a mistake to put much credence in Twitter reality, it would not take much digging on that platform to find many examples of the corrosive effect of a clamorous loyalty to a form of the Mass rather than to Christ and the church.

I pray that fellow Catholics who indeed find the extraordinary form spiritually nurturing are able to find their way to an approved celebration. I suspect, despite the uproar, that a good number of them will.

But if part of what someone finds elevating about Mass in Latin is the stoking of a private sense of liturgical and fraternal superiority, then I can’t say that I regret them getting cut off from it. If it even partly encouraged a belief that “your” Mass was better than the weekly celebration of the people of God across this vast Catholic communion, then I can only believe that the pope is correct to curtail this form of worship.

More from America on the Latin Mass