The gift of burnout: How quitting my job allowed me to flourish 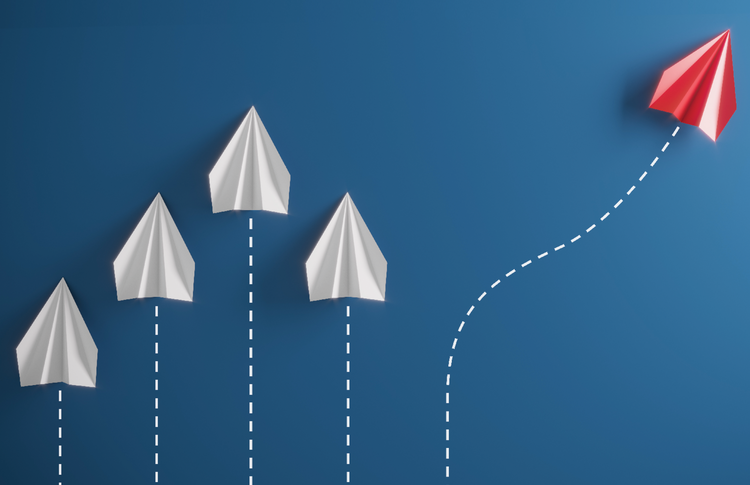 I knew something was wrong when I could not get myself out of bed to go to my dream job as a theology professor. I had spent seven years in graduate school and had beaten the grim odds in the academic job market to land the position. In Frederick Buechner’s terms, being a professor was where my great longing met students’ great need for knowledge. I simply was the job.

And I hated it. Not at first. For the first several years, it felt like challenging but rewarding work. In class, I gestured wildly as I diagrammed theological concepts on the board. I spent hours cutting and pasting snippets of the Gospels for an exercise in textual criticism. I felt personally validated when I published a paper, won a grant or earned the prize of tenure.

But over time, the effort felt less and less rewarding. My students seemed mostly indifferent. They told me I took the class too seriously; after all, it was a pointless requirement, irrelevant in the “real world.” When I turned my effort to improving the college’s curriculum and culture, I was frustrated by administrative obstacles. I felt my work did not matter.

After 11 years, I ran out of ideas for how to make this job, which looked perfect from the outside, more bearable. So I quit.

After 11 years, I ran out of ideas for how to make this job, which looked perfect from the outside, more bearable. So I quit.

I later realized that I was undergoing occupational burnout. Burnout happens when a worker is chronically stretched between that person’s ideals for work and the reality of the job. It is more than ordinary tiredness. My exhaustion never went away with rest. In fact, I took a semester of unpaid leave but returned as wiped out as before. Any hopes I had for my career went up in smoke.

And yet part of me is glad it happened. My misery got me out of a job that was no longer right for me. It destroyed the idols I had made of academic status and tenure. And it pushed me into a new career as a writer and instilled in me a more modest sense for what a career ought to mean in a person’s life. I would not wish the pain I endured on anyone, but in a way, burnout was a saving grace.

Psychologists formulated the concept of burnout in the mid-1970s after researching the complaints of overburdened social workers, attorneys for the impoverished and free-clinic staff. But the term had already been floating around for more than a decade. One prominent early account was Graham Greene’s 1960 novel, A Burnt-Out Case, a study in how exhaustion and despair can open the door to spiritual growth.

The novel focuses on a famous European architect named Querry, who quits his cutting-edge designs and a string of lovers in order to volunteer at a leprosy hospital in Congo. When a doctor asks why Querry came to the place, he says, “I am one of the mutilated.” His soul is as ravaged as the limbs of the leprosy victims.

The doctor’s reply offers a clue that something positive may lie on the far side of suffering: “Perhaps your mutilations haven’t gone far enough yet. When a man comes here too late, the disease has to burn itself out.” Whatever caused his misery was still with him.

Querry thinks the underlying disease is the professional vocation that had previously meant so much to him. Now he complains that ordinary churchgoers ruined his ecclesiastical designs, “clutter[ing] them up with their cheap plaster saints.” I recognize these feelings of resentment.

The dark night is like an extended desert sojourn. It deprives a person of the senses and sweats out everything that distracts from the soul’s highest end.

As Querry settles into the work of the leprosarium, a priest suggests that he has “been given the grace of aridity,” alluding to the “dark night” described by the 16th-century mystic St. John of the Cross. The dark night is a stage in contemplation that purges the person of imperfections and impediments to spiritual progress.

The dark night is like an extended desert sojourn. It deprives a person of the senses and sweats out everything that distracts from the soul’s highest end. “These aridities,” St. John writes, “make people walk with purity in the love of God. No longer are they moved to act by the delight and satisfaction they find in a work, as they perhaps were when they derived this from their deeds, but by the desire to please God.” Querry, though he had long since given up on faith, shows great compassion to the patients. He even begins to design humble new structures for the hospital.

Burned-out cases reflect the conflicted role of self-emptying, or kenosis, in Christian life. St. Paul writes that Christ “emptied himself” in becoming human, then obediently submitted to death on the cross (2 Phil 2:7-8). This idea provides a theological justification for the moral ideal of self-sacrificial love.

My job wasn’t going to fix my problems or save my soul. I could lose it and still flourish. In fact, losing it was the only way I could.

Applied to our work lives, kenosis meshes all too neatly with the American ideal of “selfless” devotion to labor. Many workers, like front-line nurses and delivery drivers during the pandemic, were asked to sacrifice their well-being to the demands of their jobs. Americans expect good workers to “give 100 percent” to their work. This is a false ideal; we should not have to empty ourselves for the company or college.

But as I learned, we are often better off when we empty our pride and devotion to labor, even when these emotions constitute much of who we believe ourselves to be, because they can be obstacles to our spiritual well-being. As the Jesuit theologian Karl Rahner wrote in The Need and the Blessing of Prayer, “Whatever can be taken from you is not God.” My job, including whatever sense of vocation I brought to it, was good, but it was not an ultimate good. It wasn’t going to fix my problems or save my soul. I could lose it and still flourish. In fact, losing it was the only way I could.

People can persist in unfulfilling, even damaging work for years. Some people have little choice. I was lucky that I could quit and rely on my wife to be the main breadwinner. I fear what might have happened if that had not been possible, if my burnout had just kept smoldering. What untreated disease of body, mind or spirit would have mutilated me, had I never burned all the way out?

I would not say that my life now is a model of either spiritual wholeness or even proper work-life balance. I am still susceptible to anxiety over status and recognition: What is the rank of my book’s sales? What are the reviewers saying? How many new Twitter followers do I have? But because I freelance and teach part-time, no single job asks everything of me. After running on empty, I am now at least partly fulfilled.

Jonathan Malesic is the author of The End of Burnout: Why Work Drains Us and How to Build Better Lives. He lives in Dallas.