Vatican Census: The Catholic Church is growing everywhere — except Europe 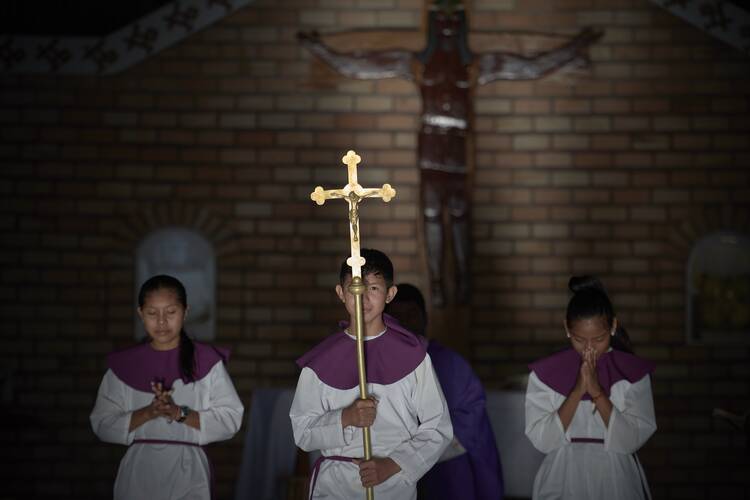 VATICAN CITY (RNS) — A Vatican census released ahead of World Mission Day reveals growing numbers of Catholics in what Pope Francis often refers to as “the global peripheries,” even as the number of believers continues to diminish in Europe.

The number of Catholics in the world grew by more than 15 million from 2018 to 2019, according to a census by the Vatican news agency Fides published on Thursday (Oct. 21). “The increase applies to all continents, except Europe,” which saw the number of Catholic faithful decrease by almost 300,000, the survey found.

The data was released ahead of the 95 World Mission Day, which will be celebrated on Sunday in dioceses around the globe following the one-year hiatus caused by the COVID-19 pandemic.

The number of Catholics in the world grew by more than 15 million from 2018 to 2019. “The increase applies to all continents, except Europe.”

According to the census, conducted annually among Catholic faithful, Catholics represented 17.7% of the global population in 2019. As Catholicism gained followers in Africa, the Americas and Asia, the church’s numbers waned in Europe, the historic basin of Catholicism that is now increasingly becoming a mission territory.

While the number of Catholic priests has grown overall, Europe has seen a consistent decrease in clergy, where the number of faithful per priest grew to more than 3,245-to-1. For the seventh year in a row, the number of religious brothers and sisters has declined everywhere, with Africa as the only exception. Religious sisters experienced the sharpest decline, losing 11,562 members.

While clergy members experienced a steep fall worldwide, the number of lay missionaries grew significantly, especially in the Americas and Africa, with only a small decrease in Asia. Catechists saw their numbers reduced by 2,590, with the Americas and Europe registering the highest drops.

While clergy members experienced a steep fall worldwide, the number of lay missionaries grew significantly, especially in the Americas and Africa, with only a small decrease in Asia.

The Fides data accounts for all Catholics until Dec. 31, 2019. Given the COVID-19 pandemic and the subsequent church closures and deaths, experts at a Vatican news conference on Thursday admitted the numbers may have changed substantially during 2020.

Archbishop Giovanni Pietro Dal Toso, president of the Pontifical Mission Societies, addressed the challenges of putting together all the data, especially during the pandemic. While admitting “the de-Christianization is evident,” Dal Toso added that beneath the surface there are new and lively Christian communities that are thriving, even in Europe.

“I think it will be necessary to implement courses for Christian formation” to help the faithful better understand Catholicism, he said.

In a message shown at the news conference and written in January, Pope Francis said “the pandemic has brought to the fore and amplified the pain, the solitude, the poverty and the injustices experienced by so many people. It has unmasked our false sense of security and revealed the brokenness and polarization quietly growing in our midst.”

“I think it will be necessary to implement courses for Christian formation” to help the faithful better understand Catholicism.

The most frail and vulnerable took the brunt of the pandemic, the pope said, as the world witnesses a “growing negativity that stifles hope.” Despite these challenges, Francis said “the call to mission is not a thing of the past,” and the world needs missionaries willing “to go forth to the peripheries of our world as messengers and agents of compassion.”

Speaking at the news conference, Cardinal Luis Tagle of the Philippines encouraged the faithful to become “missionaries fueled by compassion and hope.” Mentioning his experience living in Asia, where Catholics represent a minority of the population, the cardinal warned that “if we keep the faith to ourselves, we will become weak, and if we keep the faith to a small group, it might become an elite group.”,

Instead, he continued, Christians and missionaries are called “to reach all the nations, the geographical and existential spaces.”

Tagle has headed the Vatican Congregation for the Evangelization of People since 2019 and holds several important positions at the Vatican that have led many observers to consider the cardinal “papabile,” meaning a possible candidate to be elected pope at the next conclave.