Matt Malone, S.J., president and editor in chief of America Media, to step down in 2022 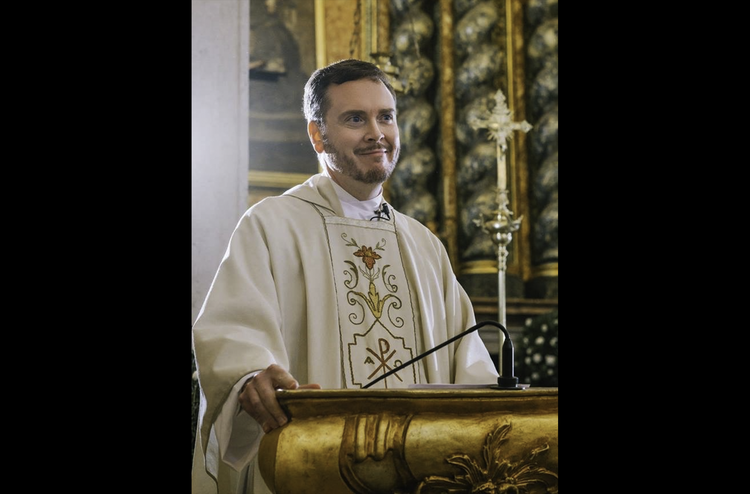 Matt Malone, S.J., the president and editor in chief of America Media, announced on Monday that he will step down from his roles in the fall of 2022, after leading the Jesuit publication for 10 years.

“Long before there were strategic plans and Schools of Business, Saint Ignatius of Loyola taught that regular turnover in the leadership of an organization is a healthy occurrence,” Father Malone posted on Twitter. “By the Autumn of 2022, moreover, we will have met the goals that I set for us a decade ago. Thanks be to God!”

Matt Malone, S.J., the president and editor in chief of America Media, announced on Monday that he will step down from his roles in the fall of 2022, after leading the Jesuit publication for 10 years.

Father Malone, who at 40 was the youngest editor in chief appointed to lead America when he took the reins in 2012, led the organization’s expansion into digital media and transitioned the once-weekly print magazine into a monthly publication. The 112-year-old magazine now publishes multiple podcasts, video reports and daily email newsletters. In 2021, America launched a digital subscription model.

Father Malone also oversaw the sale of the magazine’s long-time headquarters and Jesuit residence on 56th Street in Manhattan and transitioned the media organization’s operations into a new office, with an accompanying television and audio studio.

Susan S. Braddock, who chairs the America Media board of directors, praised Father Malone’s leadership during the magazine’s pivot to digital media, saying it fulfilled “the vision of the founding editors: that America might minister to its readers on a daily basis.”

During Father Malone’s tenure as editor in chief, America was named magazine of the year by the Catholic Press Association in 2018 and 2019.

“He took the motto of America Media, ‘Pursuing the Truth in Love,’ as his clarion call—a call from which he never wavered and called upon all of us to answer it in kind,” Ms. Braddock said. “Father Malone will be dearly missed, but his positive impact will never dissipate as America continues to lead the conversation about faith and culture.”

During Father Malone’s tenure as editor in chief, America was named magazine of the year by the Catholic Press Association in 2018 and 2019 and won dozens of awards for its reporting, editorials and digital products. Father Malone interviewed then-Vice President Joe Biden in 2015, covering a range of issues related to faith and politics. In 2013, America published the first in-depth interview with Pope Francis, a joint endeavor with other Jesuit journals, and in 2014, the magazine opened a Rome bureau to cover the first Jesuit pope.

Father Malone’s first article in America, “Catholics and Candidates,” was published in 2004, while he was serving as an intern at the magazine during his time as a Jesuit novice. He also served a two-year stint as an associate editor from 2007-09. In his announcement, Father Malone said he decided to step down after consulting with the magazine’s board of directors and his Jesuit superiors, but added that he “undertook this discernment and I have made this decision on my own initiative.”

“I look forward to working with the Board of Directors to recruit the 15th Editor in Chief of @americamag,” he tweeted. “Most of all, I look forward to learning what God still has planned for His grateful yet unworthy servant. Ad majorem Dei Gloriam.”