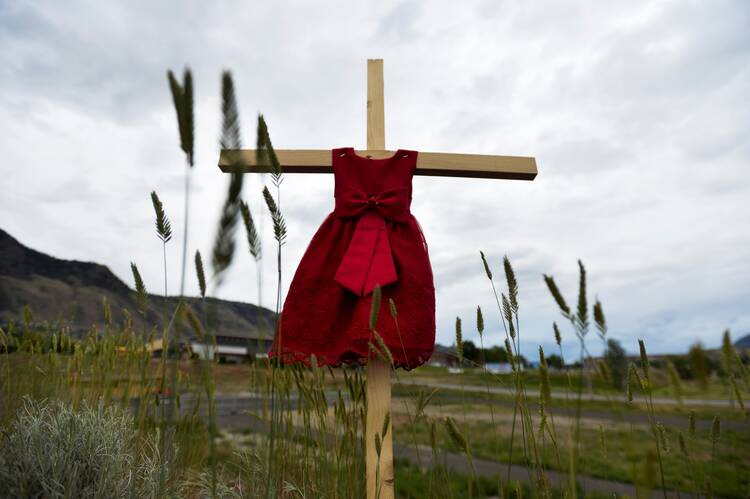 OTTAWA, Ontario (AP) — Catholic bishops in Canada apologized Friday “unequivocally” to Indigenous peoples for the suffering endured in residential schools, just as Pope Francis prepares to meet with Indigenous leaders at the Vatican later this fall.

The institutions held children taken from families across the nation. From the 19th century until the 1970s, more than 150,000 First Nations children were required to attend state-funded Christian schools as part of a program to assimilate them into Canadian society. They were forced to convert to Christianity and not allowed to speak their Native languages. Many were beaten and verbally abused, and up to 6,000 are said to have died.

The Catholic bishops in Canada are promising to provide documents that may help “memorialize” students buried in unmarked graves, work on getting the pope to visit Canada, and raise money to help fund initiatives recommended by local Indigenous partners.

The bishops in Canada are promising to work on getting the pope to visit Canada and to raise money to help fund initiatives recommended by local Indigenous partners.

The church has been heavily criticized for refusing to provide all documents requested by the Truth and Reconciliation Commission and for raising less than one-sixth of a $25-million Canadian (U.S. $19.8 million) fund promised for reconciliation and healing as part of the 2007 Indian Residential Schools Settlement Agreement.

The bishops’ apology is the latest expression of remorse from the Canadian arms of the Catholic Church but still falls short of the Truth and Reconciliation Commission’s call for the pope himself to apologize in Canada.

National Indigenous leaders, elders, youth and survivors of residential schools are to travel to Rome in mid-December for four days of meetings, which some hope will be the final precursor to that apology.

Prime Minister Justin Trudeau appealed directly to the pope for the apology during a visit to the Vatican in 2017, but months later Francis sent word through Canadian bishops that he could not personally respond to the call.

The Canadian government apologized in Parliament in 2008 and admitted that physical and sexual abuse in the schools was rampant. Many students recalled being beaten for speaking their Native languages. They also lost touch with their parents and customs.