Survey: Catholics are ready for women leaders in their church 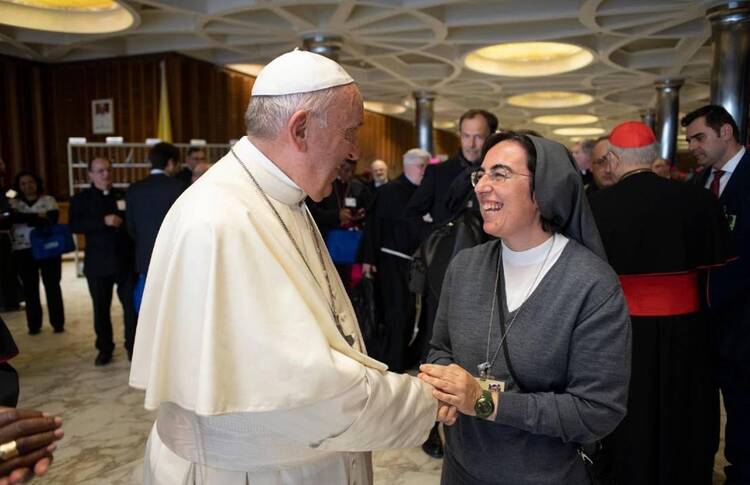 These days it would not be uncommon for your parish council to be led by a laywoman; and across the United States, bishops are placing women religious and laywomen in diocesan leadership positions, emulating Pope Francis, who has doubled the number of women in significant roles inside the Roman Curia. (See Colleen Dulle’s report on women in the Vatican.) Five of the 22 most important Curia offices now have women on the leadership teams, and Francis became the first pope to appoint a woman to a top position when he named Alessandra Smerilli, F.M.A., as the interim secretary of the Dicastery for Promoting Integral Human Development.

Increasing the visibility of women and tapping the wisdom they offer will surely encourage laypeople around the world. Religious sisters and nuns were ranked more trustworthy than bishops, priests and the Vatican in a recent survey of U.S. Catholics sponsored by America (see our August issue).

And lay Catholics may be ready for more. That America survey also found that 56 percent supported allowing women ages 35 and older to be ordained as permanent deacons, and nearly the same share—52 percent—supported allowing women to be ordained as priests (see our September issue). The need for greater visibility of women in the church could not be more pressing. According to a 2017 study by Georgetown’s Center for Applied Research in the Apostolate, only 17 percent of millennial women in the United States attend Mass weekly. 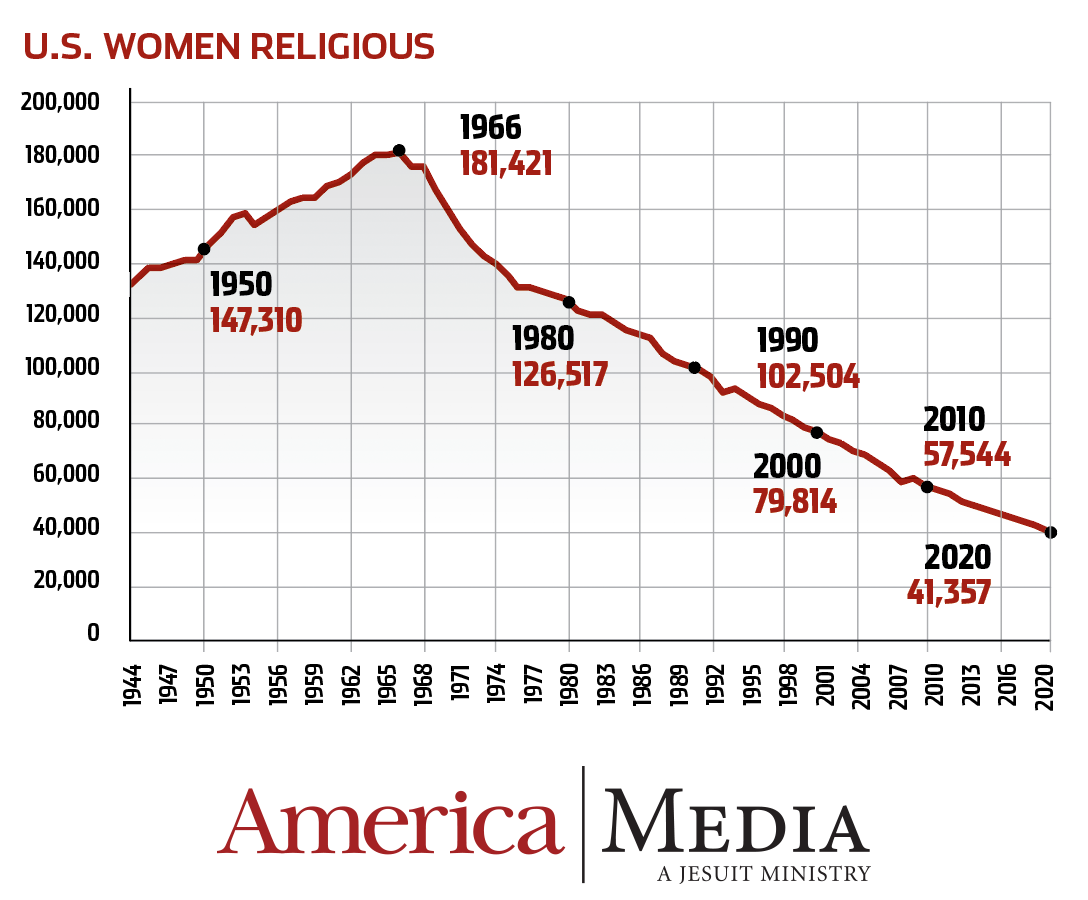 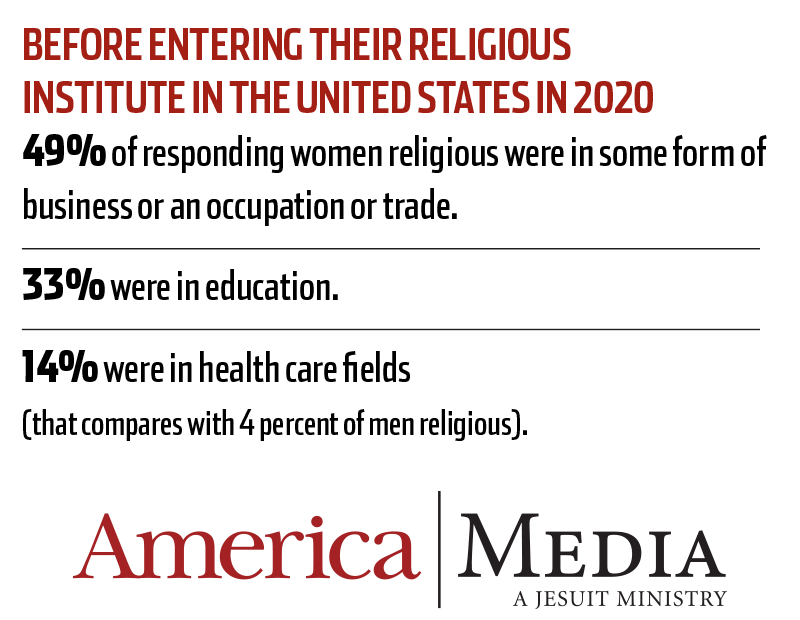 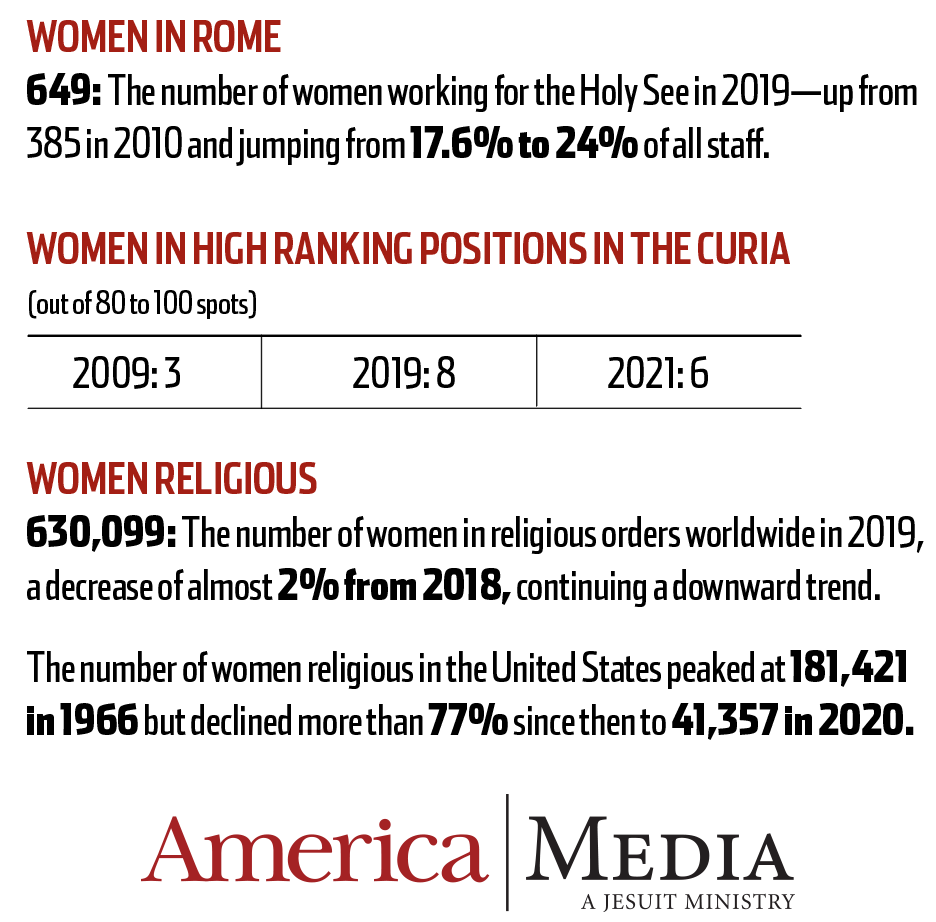 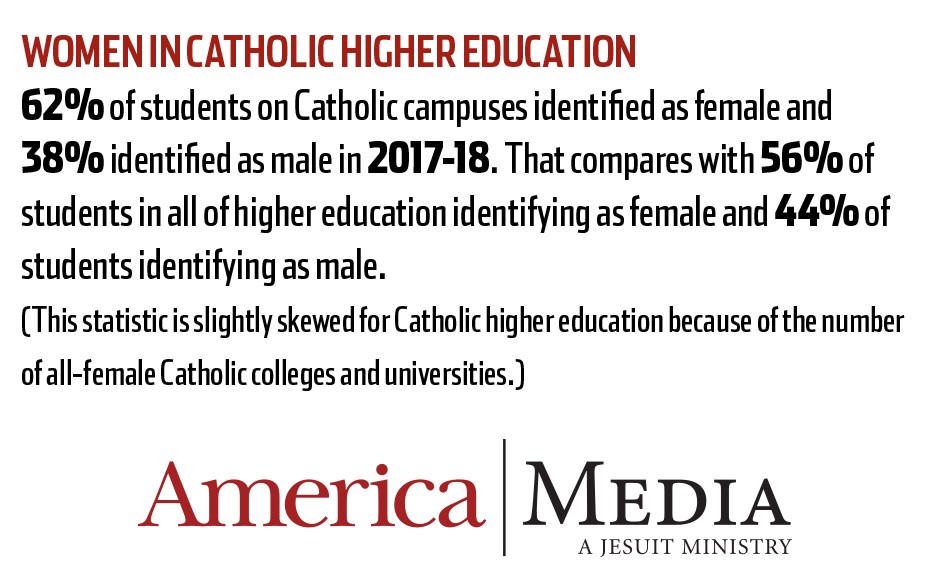