What is the difference between knowledge and wisdom? Jesus lived and preached it — all the way to the cross. 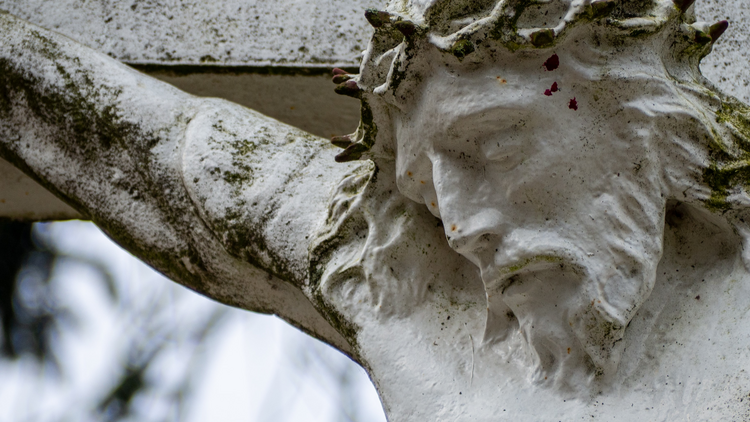 A Reflection for the Twenty-fourth Sunday in Ordinary Time

Let’s distinguish wisdom from knowledge in general. It is more than just practical information about how the world is, how to maintain things like our health or our prosperity. Wisdom refers to the meaning of life itself. Why are we here? Why do we suffer? Where are we going? To ponder these questions is to ask what most deserves our attention and energies. And what does not.

Some people say that these questions have no answers. But to hold that opinion is to have already proposed an answer, one no more certain than any other response. Perhaps more telling than the variety of our answers is our need to ask these wisdom questions. Why can’t we let them go?

In the September issue of The Atlantic, Jennifer Senior offers a beautiful meditation on a family she knows well. For two decades its members have grieved the death of Bobby McIlvaine, whom Ms. Senior describes as “incandescent.” “When he smiled it looked for all the world like he’d swallowed the moon.” The McIlvaine family’s hometown, Somerdale, N.J., still treasures a video in which

a teenage Bobby McIlvaine throws an immaculate pass that sets up an immaculate shot that flies right over the head of…
Kobe Bryant.
Bobby scored 16 points off Kobe and his team that day in addition to setting up that floater.

Bobby graduated from Princeton wanting to be a writer, but he was willing to begin with marketing. That is what put the 26-year-old in a restaurant called Windows on the World, located on the top floors of the North Tower, on the morning the Twin Towers came down.

“I wanted to believe what I was taught in my Catholic upbringing. But what I liked about Kübler-Ross is that she had a science background.”

After Bobby’s death, his mother, Helen, found comfort in reading Elisabeth Kübler-Ross. Her famous five stages of grieving were helpful to Helen, but she was even more attracted to the later work of the Swiss American psychiatrist: her studies of near-death experiences, which seemed to suggest that our souls survive death.

“I looked at life-after-death books, but they were too faith-based,” Helen says. “I wanted to believe what I was taught in my Catholic upbringing. But what I liked about Kübler-Ross is that she had a science background.”

Ms. Senior sees an irony. Although Kübler-Ross’s later work discredited her with some scientists, it was all the more esteemed by those seeking wisdom. Helen wanted to believe, but she also wanted to know.

Think of knowledge as a light, one which illuminates what previously lay in darkness. It is possible, at least in theory and with time, to know all the salient facts about the world. Whatever the setbacks, the knowledge science seeks is out there.

But when it comes to wisdom, how we are to act within the world, the knowledge we seek is not “out there” in the world. Indeed, it is not a question of illuminating what is already there. Wisdom lies within us, but there is no light that we can shine within ourselves to see it, nor can we step to the side and point it out to others.

Knowledge is a light we can shine in any direction, and it allows us to see a given distance. But the only way it could shine infinitely in every direction is if we never had to move, never had to risk, never had to believe. Wisdom changes as we change because until we die, we are always becoming someone else, someone new. That’s why belief, which is a fundamental attitude toward the mystery we call our lives, must lead where knowledge itself cannot go.

When it comes to wisdom, what is said matters a great deal. Who says it might matter even more. The Holocaust survivor and chemist-turned-acclaimed-author Primo Levi wrote that “those who testify through their behavior are the most valuable witnesses, because they are unquestionably truthful.” People can lie to themselves and others, but actions speak for themselves.

The Gospels insist that crucifixion is not something that befell Jesus, not something he failed to see coming. Jesus knew that his teaching was going to get him killed.

What people say about knowledge or wisdom sometimes may be wrong. It will always be insufficient. We do not yet fully know the world or ourselves. But if you are looking for wisdom, there is little purpose in listening to those whose teaching moves in one direction and whose actions in another. Sadly, they—we?—earn the title of hypocrite when we fail to believe, fail to act upon our own wisdom.

Integrity is everything in the Gospels. It matters greatly to St. Mark and to each of the Evangelists. The Gospels insist that crucifixion is not something that befell Jesus, not something he failed to see coming. Jesus knew that his teaching was going to get him killed.

He began to teach them
that the Son of Man must suffer greatly
and be rejected by the elders, the chief priests, and the scribes,
and be killed, and rise after three days.
He spoke this openly (8:31-32).

How could Jesus see death approaching and walk out to meet it? Having emptied himself, having taken the form of a slave, Jesus could not follow his father’s will by way of certain knowledge. He could only go forward by believing, by maintaining a fundamental openness to the mystery of life he addressed as “Father.”

Jesus went to his death trusting in the love of his father. That was the wisdom he preached, both in the words he used and in the witness that he gave.

Whoever wishes to come after me must deny himself,
take up his cross, and follow me.
For whoever wishes to save his life will lose it,
but whoever loses his life for my sake
and that of the gospel will save it (Mk 8:34-35).