Pope Francis appointed three women to the Pontifical Academy of Sciences this summer. What’s their role at the Vatican? 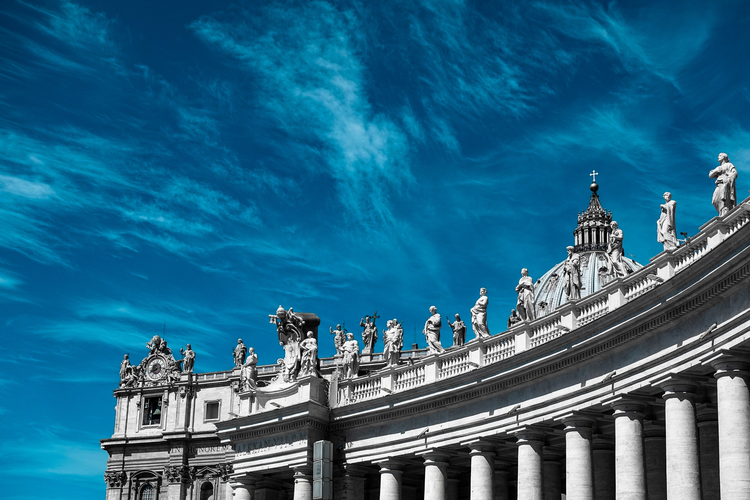 Photo by Xavier Coiffic on Unsplash

The three women join a prestigious group of around 80 scientists in all who are members of the Academy, 20 others of whom are also Nobel laureates. The “academicians,” as the Vatican calls them, are appointed by the pope and serve for life.

What is the Pontifical Academy of Sciences?

A pontifical academy is, essentially, an academic honor society that gathers scholars to discuss important issues in their fields. The ten academies have a twofold purpose for the Vatican: to signal the pope’s or church’s support for an area of study and to assemble a group of the world’s brightest scholars to advise the pope. The first pontifical academy was the Pontifical Academy of Fine Arts and Letters, founded in 1542, and the newest is the Pontifical Academy for Latin, established in 2012.

Pope Francis has appointed three Nobel laureates to the Pontifical Academy of Sciences this summer.

Signaling support for the hard sciences was particularly important to the Vatican following the Industrial Revolution, when the world had been quickly and irreversibly transformed by emerging technologies. Hoping to rid the church of its anti-science reputation, which had been cemented by the Vatican’s investigation of Galileo Galilei for the heresy of heliocentrism (the belief that the earth revolves around the sun), Pope Pius IX established the Pontifical Academy of the New Lynxes in 1847. The academy was meant to be a revival of the 17th-century Academy of Lynxes, which boasted Galileo as a member.

After the world had seen the destruction wrought by advances in arms technology in World War I, Pope Pius XI reconstituted the academy again in 1936, naming it the Pontifical Academy of Sciences. Since then, the academy has regularly advised the pope on questions of science and technology. During the Cold War, for instance, the academy developed a report on nuclear weapons that the United States successfully lobbied the Holy See not to publish, according to a report by Thomas J. Reese, S.J., in America in 1978.

Today, the academy hosts conferences and develops papers based on their discussions on a wide range of subjects, including this year robotics and artificial intelligence, sustainable food systems and the development of international standards for organ donation. They also award a prize every other year to a promising scientist under age 45.

The three women join a prestigious group of around 80 scientists in all who are members of the Academy, 20 others of whom are also Nobel laureates.

Although underwritten by the Holy See, the academy is considered an independent body with academic freedom.

Who are the members?

Scientists of any nationality or religion can be members of the academy, and they are chosen by the academy based on their contributions to their field and “their acknowledged moral personality,” according to the academy’s website. Msgr. Georges Lemaître, who developed the “Big Bang” theory, was a member. Today, the academy includes the Nobel laureate and former U.S. energy secretary Steven Chu; Yves Coppens, discoverer of the “Lucy” fossil; and Fabiola Gianotti, the first female head of CERN, the European Organization for Nuclear Research.

Places in the academy are also reserved for the director of the Vatican Observatory and its astrophysics laboratory, along with the prefects of the Vatican Library and the Secret Archives.

Scientists of any nationality or religion can be members of the academy, and they are chosen by the academy based on their contributions to their field “their acknowledged moral personality.”

Two of the women named to the academy this summer, Emmanuelle Marie Charpentier and Jennifer Anne Doudna, won the 2020 Nobel Prize in Chemistry together for developing the CRISPR/Cas9 method of genome editing. The Vatican has been interested in the bioethics and disease-curing potential of genome editing for years. The Pontifical Council for Culture co-hosted a much-publicized conference at the Vatican on the topic in 2018.

What ‘Jeopardy!’ can learn from the Vatican
James T. Keane

In addition to the CRISPR researchers, Pope Francis named Donna Theo Strickland to the academy this summer. Dr. Strickland won the 2018 Nobel Prize in Physics with Dr. Gérard Mourou for research the two had published on chirped pulse amplification in lasers in 1985. The technique they developed makes lasers more powerful by stretching and compressing their pulses. It is used by the highest-power lasers in the world.

Read next: The director of the Vatican Observatory, Brother Guy Consolmagno, S.J., on what the story of Galileo gets wrong about the church and science.