In the Assumption of Mary, Christ transforms creation. We are called to do the same. 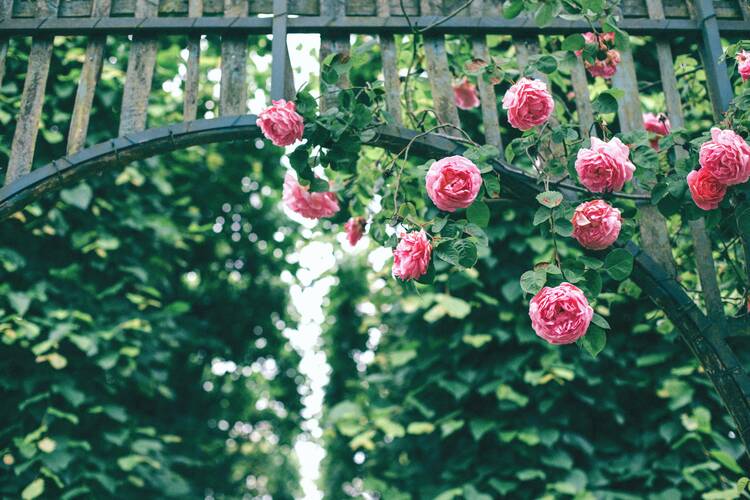 Photo by Colin Maynard on Unsplash

A Reflection for the Solemnity of the Assumption

A spot of earth should not suffer because we visited. As the crown of God’s creation, our presence should be a blessing to our environs, not a blight. We were not created by God to abuse the rest of his creation. No, we are to care for it, remembering that it is God’s gift to us and to generations still to come.

We were not created by God to abuse the rest of his creation. No, we are to care for it, remembering that it is God’s gift to us and to generations still to come.

A teaching that has great antiquity but might appear rather esoteric can teach us a lot about our care for the world in the light of Christ’s concern for it. The Assumption of the Blessed Virgin Mary reveals the reach of the resurrection into the very depths of creation. It parallels the scout teaching to leave what we touch better than we found it. Everything that the Son of God touches is utterly transformed.

If one believes that Jesus is the living God, the Eternal Son of the Father, how could creation not be transformed by his touch? How could that which opens itself to him not be made what he is: divine? Did he not tell us that he came among us not only to teach, not only to save, but to grant us God’s own life? Indeed, does it not appear, in the New Testament and in all subsequent history, that human life is transformed, made divine, to the same degree that it sets aside sin and opens itself to him?

God the Father did not allow the sinless flesh of the Son to suffer corruption. Through the power of the Holy Spirit, the Father raised him up and glorified the Son in his flesh. What a trio of disciples glimpsed in a singular, mountain-top moment, the Transfiguration of the Christ in the flesh, is now proclaimed from every mountain top.

Through us, as through the Virgin, Christ intends to touch and transform creation, to bless it and to make it holy.

At his birth, Christ assumed our flesh. In his return from the dead, it is not discarded as dross. Christ assumed the flesh of the Virgin. She is not a mere instrument, used by him only to procure our salvation. No! By his grace she gave a complete “yes” to God, enabling the Incarnation itself. In his resurrection and her assumption, we see how radical the outpouring of God’s own self upon creation truly is.

In Christ, God comes to his creation. In Mary, creation receives its creator and becomes something permanent and pure, something transformed. “Blessed are you among women, and blessed is the fruit of your womb” (Lk 1:42). Everything touched by the Son of God, everything set free from sin, shall also be transfigured. “In Christ shall all be brought to life, but each one in proper order” (1 Cor 15:22-23).

What began at Bethlehem in the womb is completed at Calvary’s tomb. New life is given to the world in the resurrection of Christ. What took root in the flesh of the Virgin flowers in her assumption into heaven, her passing into a divine existence without the suffering and corruption we call death. She is transfigured, body and soul, lifted into God.

Partial truths of the faith are the most dangerous of all. If you think that Christ is above us but not fully God, you have failed to perceive God’s own gift of self. If you think that renewal and rebirth are limited to his flesh, you fail to see the gift as leavening all of creation. And if you think we were made lords of creation without being called to care for it, you do not comprehend the new creation that the resurrection birthed. Through us, as through the Virgin, Christ intends to touch and transform creation, to bless it and to make it holy.