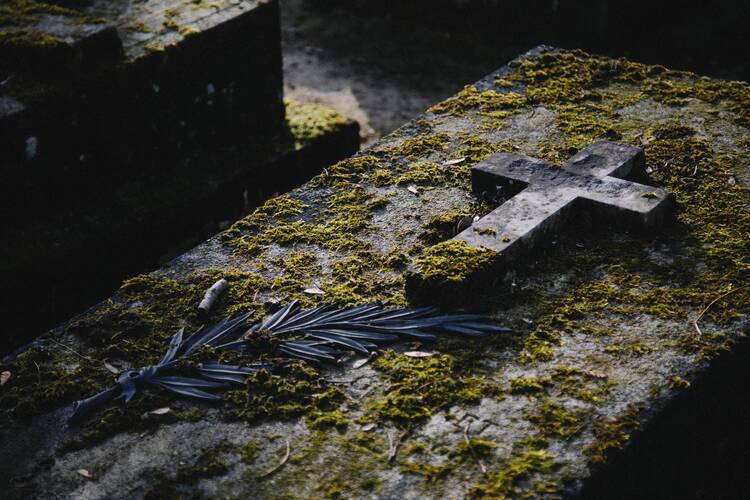 Photo by Kenny Orr on Unsplash

Washington, Colorado and Oregon are now among the U.S. states that have legalized the process of converting human bodies into soil, a procedure the Catholic Church said fails to show “respect for the body of the deceased.” Meanwhile, California and New York are seeking to be next in line to allow human composting.

The process for composting a body was introduced by the Seattle-based company Recompose, which is now open for business after the state of Washington legalized the process in 2019. Colorado was the second state to legalize it, followed by Oregon, when Gov. Kate Brown in mid-June signed House Bill 2574 into law.

Here’s how it works: A dead body is broken down through a process known as Natural Organic Reduction by placing the body in a reusable vessel, covering it with wood chips and aerating it, which creates an environment for microbes and essential bacteria. The body, over a span of about 30 days, is fully transformed into soil.

This process is seen as a more sustainable alternative to cremation, which requires fossil fuels and releases carbon dioxide. Proponents say families can use the soil to plant a tree or a garden to honor their loved ones. In public testimony, the Oregon bill garnered widespread support.

Rory Cowal, of Portland, Oregon, was one of those who testified in favor of human composting, saying, “It provides a profound and spiritually grounded close to a life story: a return to the land that sustained us in life.”

In California, where the massive number of COVID-19 deaths inundated funeral homes and even led to Los Angeles County’s suspension of air quality regulations on cremation, State Assemblymember Cristina Garcia, a Democrat, hopes the Golden State becomes the next place to legalize the process of converting bodies into soil.

“(The pandemic situation) is another sad reminder that we must legalize a more environmentally friendly option as soon as possible,” she said in a statement. It’s Garcia’s second attempt in passing this kind of legislation. Her bill remains in a Senate committee, with an upcoming hearing scheduled July 14.

The Colorado Catholic Conference is in opposition because the church “teaches that the human body is sacred and the dignity of the human person is the foundation of a moral society,” according to news outlets.

If cremation was chosen, the Vatican urged remains be kept “in a sacred place,” such as a cemetery or in a church area.

Joseph Sprague, executive director of the Washington State Catholic Conference, wrote in a letter that “disposing human remains in such manner fails to show enough respect for the body of the deceased,” according to the Los Angeles Times.

“While not everyone shares the same beliefs with regard to the reverent and respectful treatment of human remains, we believe there are a great many New Yorkers who would be uncomfortable at best with this proposed composting/fertilizing method, which is more appropriate for vegetable trimmings and eggshells than for human bodies,” it said.

And in California, the California Catholic Conference came out against the proposed measure last year.

Having trouble processing your grief? Try showing up and serving others
Liz Hauck

“We believe that the ‘transformation’ of the remains would create an emotional distance rather than a reverence for them,” Steve Pehanich, a spokesperson for the California Catholic Conference, told Religion News Service in 2020.

The Vatican, in 2016, released guidelines for the treatment of remains as the use of cremation grew in popularity. If cremation was chosen, the Vatican urged remains be kept “in a sacred place,” such as a cemetery or in a church area.

“Even with cremated remains, they directed that they remain in a communal place befitting of the dignity inherent in the human body and its connection to the immortal soul,” Pehanich said.

More: Death and Dying / US Politics