Having trouble processing your grief? Try showing up and serving others 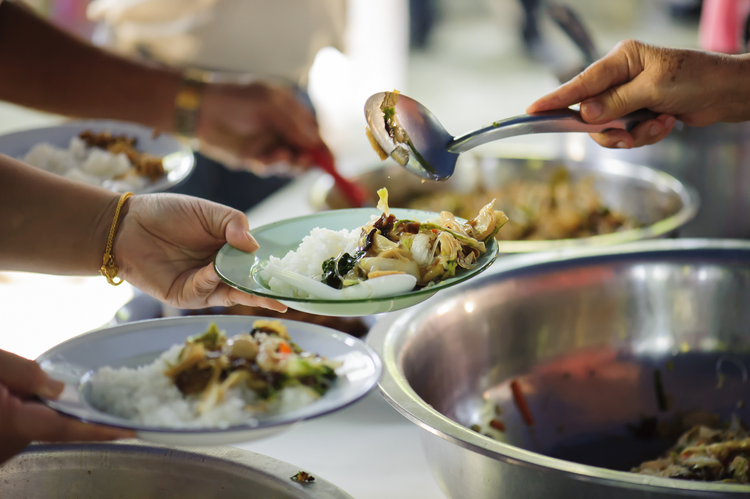 As we emerge from a thawing country, together and separately, fully vaccinated and carefully negotiating what it means to stand close to one another again, unmasked, many of us feel relieved and even joyful. Most of us are also grieving. As I write this, there have been 34,494,677 recorded cases of Covid-19 in the United States, and 619,424 reported deaths related to the virus in our country alone. We have all been touched by it, some of us in crushing ways. We have lost people and time and ways of life. Some people say that everything happens for a reason. I am not one of those people.

As I try to make sense of what has happened and what has changed and what is left of the world and the ways of life I remember, I find myself struggling to reconcile what I am seeing and feeling with what I know or thought I knew in normal time—or The Before Time that I thought was normal time. Now I recognize that liminal space between a lost past and uncertain future as grief. The only way beyond grief is through it, but there are many ways through it. I know this sounds like a riddle or a simply translated proverb. I also know it’s true.

One way through grief is service. And as many of us know, from the tips of our fingers through the depths of our hearts to the bottom of our wallets, there are many ways to serve. Theologically, the practice I am talking about is accompaniment—a practice of being in community with another person or people. Practically, it is just showing up. One thing we can do right now, as we grapple and rebuild a world deformed by the dual pandemics of a virus and entrenched racial inequality and violence, is show up for our neighbors.

One way through grief is service. And as many of us know, from the tips of our fingers through the depths of our hearts to the bottom of our wallets, there are many ways to serve.

One of my most vivid lessons in accompaniment happened when I was 19, as I was waiting to be admitted into an elevator on the protective custody unit of a prison. A Jesuit brother asked me if I would be willing to visit a woman in the hole, another name for an isolation cell to which some inmates were ordered. I did not think I was qualified to be anybody’s chaplain. I was a sophomore at Boston College at the time, a member of a volunteer program through which undergraduates volunteered at the same placement in the city for four hours per week. When the same Jesuit had asked me weeks before to organize a prayer group in Spanish on the women’s unit as part of my service responsibilities, I had told him I was not sure I had enough training to lead other people in prayer. He handed me a Bible and pyx holding Communion and told me he was sure I would figure it out.

This time, I agreed to visit the woman in the hole and asked the brother if he had a prayer in mind. He told me that the guard would walk me to the right place, and that once I was there I should just sit with the woman and listen to her, that the most important thing was listening. He did not warn me that the uncomfortable part would be the sitting. I did not realize that I would have to learn how to sit there, on the floor, folding my tall body in a way that allowed me to listen to the woman through the small opening in the bottom of the door, only large enough for a plate to pass through it. “I don’t really want to pray,” she told me, as we sat, awkwardly scrunched against the wall, our dignity and our chins nearly touching the floor. “I just wanted some company,” she apologized, as if that was cheating.

When my father died at 57, a few years after I graduated from college, of a tsunami of a cancer we did not see coming, it took all I had to keep showing up, not just for service, but for everything. I was thrust, along with my mom and siblings, into that liminal space between a lost past and an uncertain future. I could not imagine a world without my father in it, but it happened anyway. A thing about grief is that it is hard to understand unless you have experienced it, and once you have experienced it you never quite leave it, or it never quite leaves you—alone, or otherwise. Grief is the ultimate marinade. You become more of whatever you were already: the lonely, lonelier; the angry, angrier; the restless, more restless. Sometimes the faithful manage to emerge more faithful. It is hard to describe the infinite loop of loss. The closest sensation might be hunger, if eyes and ears and fingertips could be hungry. I decided to feed that hunger, or tend to it, with a cooking program in a group home for teenage boys in state care. Cooking seemed more practical than grieving; at the time I believed they were distinct processes.

As we continue to move forward, masked and unmasked, my prayer for us is that we show up for each other in the small and consistent ways we can.

My dad and I had had this idea to start a cooking program in one of the group homes run by the agency he co-directed as a social worker and chief financial officer. In its original iteration, I was going to volunteer to help him do this; when he died, I asked his business partner if I could try it on my own. At first, his business partner thanked me but declined. But when one of the kids cut his hand open in an angry effort to thaw a hamburger, he left me a voicemail that it “appeared some sort of cooking program was in order” and that if I was still interested, I could give my cooking program a try. So I did.

I showed up the next week with a tray of brownies and no idea how it would all turn out. I planned to show up for our first dinner with the food I said I would bring and also a keen awareness that it might be the only dinner. But I thought there might be more, because that is the fundamental nature of cooking: that individual ingredients combined together add up to something more. It is a brand of science that sometimes feels more like faith. Amazingly, what I thought would be one meal together turned into 100 never gourmet, sometimes messy, always complete dinners with a rotating cast of kids in care. I will tell you now that nobody was saved. But if you know this kind of work, you know this already. All that happened was one small thing—over and over again. These moments were excruciatingly small, but not inconsequential. Everything good is good.

I lost a boyfriend, a dog and my grandfather—all in the span of two months. Here’s how I learned to grieve.
Maggi Van Dorn

As we continue to move forward, masked and unmasked, my prayer for us is that we show up for each other in the small and consistent ways we can. This accompaniment can take a thousand different shapes: It is crouching in places we do not feel like we belong and where nobody really belongs; it is making a simple dinner for someone who needs it; it is that small thing you do that needs to be done that maybe nobody sees. There is much more to say here about scale and impact, but let’s leave it at this: Every time we show up for someone else, it makes some kind of difference. The nature of power is such that our relationships with each other are imbalanced, but the nature of grace is that feeling that shared humanity is mutual. Now more than ever, I refuse to believe that terrible things happen for particular reasons. My faith is attached to reason at a different juncture: I believe that there are reasonable ways through everything that happens. One way is service, and the first step in serving each other is showing up. 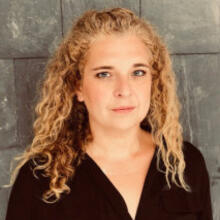 Liz Hauck is the author ofHome Made: A Story of Grief, Groceries, Showing Up—and What We Make When We Make Dinner (Dial Press). She’s an educator, writer, and volunteer from Boston, Mass.