Catholics: Don’t be afraid to engage with controversial ideas (even Critical Race Theory) 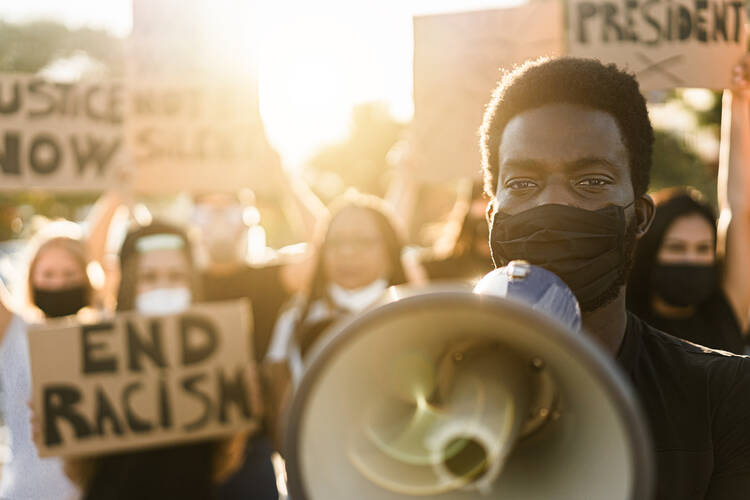 Do you recall this mantra for social action?

Sixty years ago, St. John XXIII, known as the “Good Pope John,” issued “Mater et Magistra” (“Mother and Teacher: On Christianity and Social Progress”), which addressed many of the social challenges facing the modern world.

His encyclical not only outlined these challenges but also offered principles rooted in the Gospel and Catholic social teaching for solving these problems, many of which still bedevil us today.

One passage has particular resonance. It suggests how we can confront social problems:

There are three stages which should normally be followed in the reduction of social principles into practice. First, one reviews the concrete situation; secondly, one forms a judgment on it in the light of these same principles; thirdly, one decides what in the circumstances can and should be done to implement these principles. These are the three stages that are usually expressed in the three terms: see, judge, act (No. 236).

Clever. Concise. Intuitive. Practical. Yet the counsel is not always as simple as it may seem.

Sometimes we do not see or even acknowledge social problems. When we do recognize them, we do not always agree on what must be done to rectify the situation. Often these disagreements can result in inadequate responses.

Sometimes we do not see or even acknowledge social problems. When we do recognize them, we do not always agree on what must be done to rectify the situation.

I believe that is where Catholic higher education can play a role.

For example, Pope Francis released “Laudato Si’” in 2015, in which he called urgent attention to the immediate threats of rampant consumerism and climate change. He advocated for an integral human ecology that prioritized our relationship with God and one another.

In response to this call, The Catholic University of America established its Institute for Human Ecology to promote scientific inquiry, analysis and dialogue on how to promote and protect true human flourishing in accordance with our faith.

I believe Good Pope John would likely applaud such academic initiatives and their underlying methodology.

“It is important for our young people to grasp this method and to practice it. Knowledge acquired in this way does not remain merely abstract, but is seen as something that must be translated into action” (No. 237).

In today’s episode of the Gloria Purvis Podcast, I talk with Vincent Rougeau, who while serving as the dean of Boston College Law School directed the Forum on Racial Justice in America.

It is important to engage in conversations about complex and even controversial subjects using our faith and intellect.

Mr. Rougeau is now the president of the College of the Holy Cross, a Jesuit liberal arts college in Worcester, Mass. The college’s mission statement invites students to consider: “What are our obligations to one another? What is our special responsibility to the world’s poor and powerless?”

Mr. Rougeau will be the first layman and the first Black person to serve as the president of the college in its 178-year history. As such, he brings his gifts and perspectives as a Black Catholic not only to this distinguished institution but also to the national conversation about racial justice.

It’s legitimate to debate President Biden receiving Communion. But we should consider our own worthiness, too.
Gloria Purvis

I talk with him about his perspective on a number of today’s “hot button” topics: so-called wokeism, reverse racism, systemic racism and, yes, critical race theory. We cover many questions concerning Catholic education: How can Catholic education help us navigate what ideas are compatible with our faith? Is critical race theory compatible with Catholic social teaching? Or is it an inherently misguided school of thought corrupting the minds of high school and college students about race in America?

We believe that it is important to engage in conversations about complex and even controversial subjects using our faith and intellect.

St. Pope John XXIII was as pastoral as he was prescient about the difficulties we face today, especially with regard to racial justice:

Differences of opinion in the application of principles can sometimes arise even among sincere Catholics. When this happens, they should be careful not to lose their respect and esteem for each other. Instead, they should strive to find points of agreement for effective and suitable action, and not wear themselves out in interminable arguments, and, under pretext of the better or the best, omit to do the good that is possible and therefore obligatory (No. 238).

I hope you find today’s conversation refreshing and inspiring in this regard.