Podcast: Pope Francis wants the next synod to be a ‘synodal process.’ Is it possible? 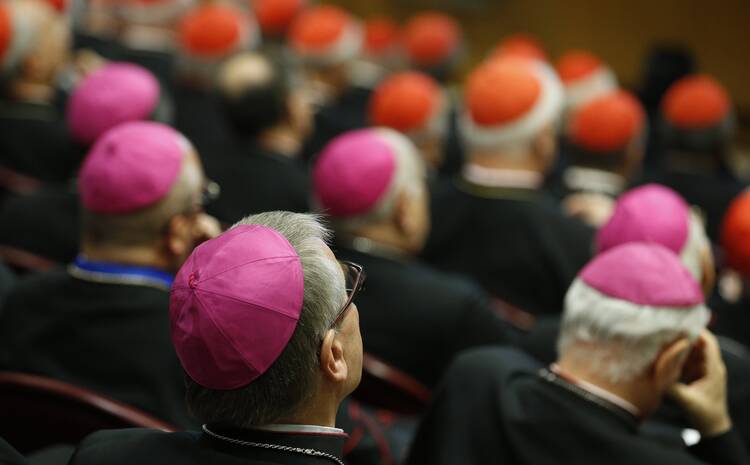 Bishops and cardinals attend a session of the Synod of Bishops on the family at the Vatican in this Oct. 24, 2015, file photo. In his book, "Let Us Dream," Pope Francis said he wants to strengthen the synod process not just for the church but also as a service to humanity. (CNS photo/Paul Haring)

The upcoming “synod on synodality” will look different from past synods, the Vatican announced last month: Instead of an event in Rome in 2022, the synod will be a process beginning on the diocesan level this fall, continuing on a continental level in 2022 and ending in Rome in 2023, discussing “communion, participation, and mission” within the church.

Pope Francis: The People of God must be consulted before the October 2023 synod of bishops
Gerard O’Connell

This week on “Inside the Vatican,” host Colleen Dulle and Vatican correspondent Gerard O’Connell discuss what we know about the new process: who is involved, what the topics for discussion will be, and whether dioceses from the United States to China can pull off the local listening sessions the Vatican is asking for.

“As a Catholic, you're part of a global church, which has got big problems in some areas, which is going reasonably well in others, but which has a major task,” Gerry says in this episode. “And I think the pope is [challenging us to consider] mission. What is the mission of the church? What is the purpose?”