Did going to therapy challenge my faith? Yes. Did it make it stronger? Also yes. 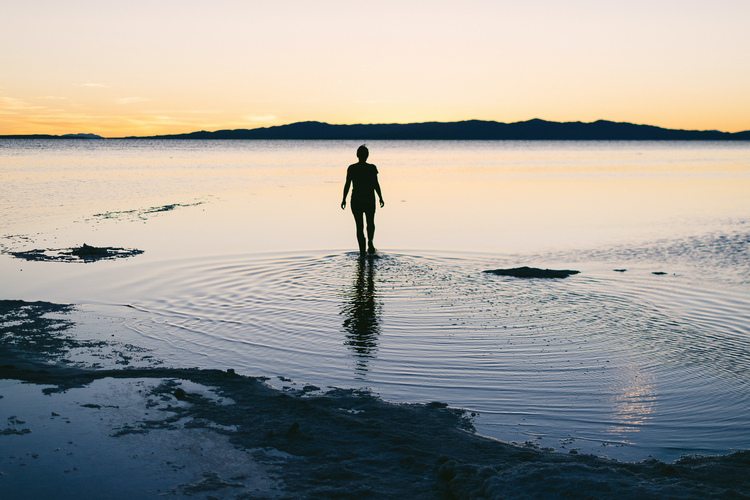 Photo by Tory Morrison on Unsplash

A little background, first. My old therapist had one of those wretched inspirational posters on his wall. It was a stock photo of a misty lake, and the caption said something about needing the courage to step off the shore so you can begin your journey.

It never made sense to me. What kind of journey is that? We don’t have to wonder what will happen when someone steps off the shore: They sink. Step off the shore, under you go. Bloop! End of journey.

Well, that poster may have been an illogical cliché, but it also turned out to be decent advice—as long as you don’t take it literally. But it was terrifying. Feeling nothing under my feet is the worst thing I have ever felt. There is always the temptation to scramble around and flail your way back to familiar ground because even if you recognize that your old life is a disaster, at least it is familiar.

But I did it: I stepped off into the void many times over the course of several years while I was in therapy. I was learning what in my psyche was craziness, what was garbage and what were traps I laid for myself, but also what was good, sane, powerful and admirable. What truly belonged and could be developed further and how to do it. It was an untangling process, and what was salvageable about myself was much more solid and worthwhile than I had feared. It is such a cliché to say “I found myself,” but that is more or less what happened when I took a big step away from security. I discovered, to my relief, that there was a real me there, in the heart of all the dysfunction.

Then, armed with a new sense of self, I started working on untangling some relationships. This was, if anything, even more terrifying. I knew that if I cut away everything that was unhealthy, there might be no relationship left.

People are who they want to be, and if you are going to become healthier and more whole yourself, you have to let other people be who they choose to be. Sometimes this means the relationship will end. You will lose someone you did not want to lose. This is a thing that happens sometimes, when you step out, away from secure footing. Many of my relationships changed. Some became stronger. Some were lost.

It is such a cliché to say “I found myself,” but that is more or less what happened when I took a big step away from security.

Then, at a certain point, my therapist asked me to look hard at my relationship with God and with the Catholic Church. (And this was years before the little crisis I described back in February!) There was a lot of untangling to be done there, too. I was under no compulsion to be Catholic. I recognized that if I were going to stay or even to believe in God at all, I ought to look closely at my reasons for staying and for believing, evaluate them and decide if they were good things I should choose for myself or unhealthy things that I could, if I wished, cut away.

That was the most terrifying time of all. I didn’t want to stay Catholic because I was mired. To stay because I was stuck in the familiar patterns of habit, custom, social or family pressure. I needed to disentangle myself and do what the inspirational poster said: Step off the shore, onto a place with nothing under my feet, so I could figure out where I was going and why.

And I had to accept that any answer was possible, including that there is no God. Or that there is, but he is a stranger. Instead of choosing to trust the church because trust was where I wanted to be, I deliberately stepped out, off the safety of the shore, into doubt.

As expected, I did not know how to walk on water.

But—maybe you saw this coming: Jesus can. And here’s where the joke comes in.

Instead of choosing to trust the church because trust was where I wanted to be, I deliberately stepped out, off the safety of the shore, into doubt.

In the Gospel, after Peter sees Jesus walking on the water, he tells him, “If it’s you, tell me to come to you.” Jesus tells him, “Come.” And Peter goes, steps out, puts his foot out onto the cool, glassy surface of the water. I imagine it rippled and shivered under his feet. I imagine it moved sickeningly, buckled and slid. It was water, not land, not solid, not certain, definitely not familiar. Real water. And then Peter felt the wind and sank.

Peter is the rock because he eventually became so steadfast that a church could be built upon him. But first, he was the rock because that is how he sank. He sank like a big old rock will sink in the middle of a lake, because that is what rocks do. I wonder if Peter laughed when Jesus called him that. He must have remembered that sinking feeling, and he must have remembered looking up into Jesus’ face and seeing—what? Love, certainly. Maybe relief that Peter did call for help. And possibly the sharp little spark that ignites at the birth of an inside joke between friends: Yo, Peter. See what happens when you’re a rock? Bloop!

Peter really is a rock, and that is why he sank. And it really was real water that Jesus was walking on. Peter does not say, “If this water isn’t really water, tell me to come to you.” He says, “If it’s really you.” That’s what makes the difference. It is not a matter of who we are, and it is not a matter of how solid things are underfoot. It is a matter of whether Jesus is who he says he is.

Our own sense of self is not enough to save us, and our faith in the church alone will not hold us up firmly. If we choose to take a long, hard look at ourselves and at the church and our faith in it, we will very likely see a morass of dysfunction and disease and also all manner of good and worthy and worthwhile things, all tangled together. It is a mess. I will never get tired of complaining about how much of a mess it is and how much I resent the untangling process.

It is a very good thing to do the work of setting about to disentangle yourself from whatever dysfunction exists in your life and your faith. But if you do real, honest, courageous work and cut away everything that does not belong and simply try to step away from the false security of habit and insincerity and shame, you will always find him. He has promised that that is where he will be, out on the water, calling you. Look to him, and you will not go under.