Doubt is normal. The saints have experienced it, too. 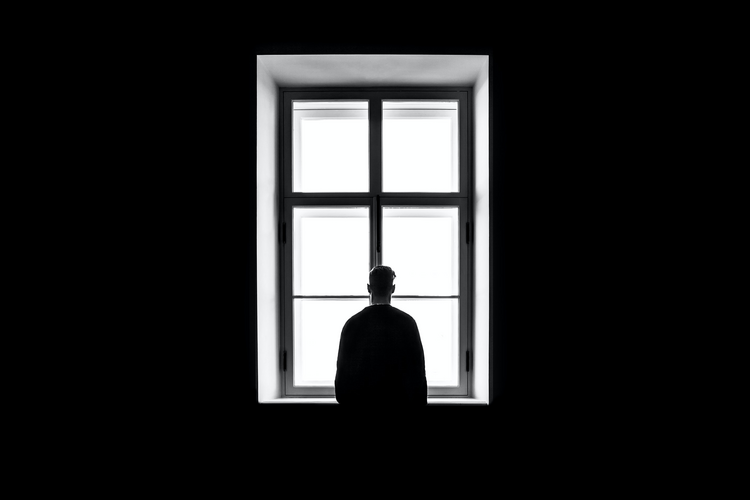 Photo by Sasha Freemind on Unsplash.

A Reflection for the Fourth Sunday of Easter

Is any part of life more assured than death yet so easily put from mind? As we grow older, most of us make provisions for our deaths, but accepting them is another matter. Sigmund Freud suggested that when we try to imagine our last moments, we inevitably exit from our bodies and look down upon an image of our dying selves.

There is much more to life and discipleship than death, yet death determines the final meaning of both. We do not truly know who we are before the world, ourselves or the Good Lord until the moment of death. This is why, at the end, the church assists us with sacraments. To borrow from baseball legend Yogi Berra, “It ain’t over till it’s over.”

Some have said that the Christ of St. John’s Gospel rules even as he dies. Certainly, the Fourth Evangelist goes to great lengths to insist that Christ chooses the cross. It is his “Hour of Glory.” Indeed, St. John presents our Lord as shepherding us through death itself, stretching the metaphor beyond the reasonable.

There is much more to life and discipleship than death, yet death determines the final meaning of both.

“I am the good shepherd.

Shepherds do not die for their sheep. What good would a dead shepherd be to the sheep? Yet St. John’s Christ has come to die, to lead us through the darkness.

This is why the Father loves me,

because I lay down my life in order to take it up again.

No one takes it from me, but I lay it down on my own.

Our destiny is to die. We have no choice in the matter. St. John’s Christ, however, chooses to die. He does so in order to be the shepherd promised in Psalm 23. The one who shows us the way through “the valley of the shadow of death.”

Shortly before her death from tuberculosis at age 24, the great saint and doctor of the church Thérèse of Lisieux grappled frankly with her faith in the journal she had been asked to keep. The sisters of Carmel excised what she had written so candidly about her approaching death when her autobiography was first published:

He permitted my soul to be invaded by the thickest darkness, and that the thought of heaven, up until then sweet to me, be no longer anything but the cause of struggle and torment. This trial was to last not a few days or weeks, it was not to be extinguished until the hour set by God himself and this hour has not yet come. I would like to be able to express what I feel, but alas! I believe this is impossible. One would have to travel through this dark tunnel to understand its darkness. I will try to explain it by a comparison.

Thérèse then used the image of heavy fog, suggesting that she had been born in a land where sunlight was unknown. If so, one would need the courage of Christopher Columbus to believe that another land of light existed.

As her death approached, Thérèse’s faith was truly tested. The way ahead was not illumined.

Suddenly the fog which surrounds me becomes more dense; it penetrates my soul and envelops it in such a way that it is impossible to discover within it the sweet image of my Fatherland; everything has disappeared! When I want to rest my heart fatigued by the darkness which surrounds it by the memory of the luminous country after which I aspire, my torment redoubles; it seems to me that the darkness, borrowing the voice of sinners, says mockingly to me: “You are dreaming about the light, about a fatherland embalmed in the sweetest perfumes; you are dreaming about the eternal possession of the Creator of all these marvels; you believe that one day you will walk out of this fog which surrounds you. Advance, advance; rejoice in death which will give you not what you hope for but a night still more profound, the night of nothingness.”

The lives of the saints suggest that we are mistaken when we imagine that the distance between faith and unbelief grows ever greater the longer that we are disciples.

The lives of the saints suggest that we are mistaken when we imagine that the distance between faith and unbelief grows ever greater the longer that we are disciples. Not at all! The two are constantly entwined in something of a helix. The greater the light, the greater the shadow. Through the years, each continues to increase. They vie to supplant each other, each seeking to be dominant when the last moment dawns. It ain’t over till it’s over.

In the face of death, Thérèse was tormented by doubt. But what made her a saint was her confidence in her shepherd.

Ah! May Jesus pardon me if I have caused Him any pain, but He knows very well that while I do not have the joy of faith, I am trying to carry out its works at least. I believe I have made more acts of faith in this past year than all through my whole life. At each new occasion of combat, when my enemy provokes me, I conduct myself bravely. Knowing it is cowardly to enter into a duel, I turn my back on my adversary without deigning to look him in the face; but I run towards my Jesus. I tell Him I am ready to shed my blood to the last drop to profess my faith in the existence of heaven. I tell Him, too, that I am happy not to enjoy this beautiful heaven on this earth so that He will open it for all eternity to poor unbelievers. Also, in spite of this trial which has taken away all my joy, I can nevertheless cry out: “You have given me DELIGHT, O Lord, in ALL your doings. For is there a joy greater than that of suffering out of love for You? The more interior the suffering is and the less apparent to the eyes of creatures, the more it rejoices You, O my God! But if my suffering was really unknown to You, which is impossible, I would still be happy to have it, if through it I could prevent reparation for one single sin against faith.