Reflection: This Easter, remember that nothing is impossible with God 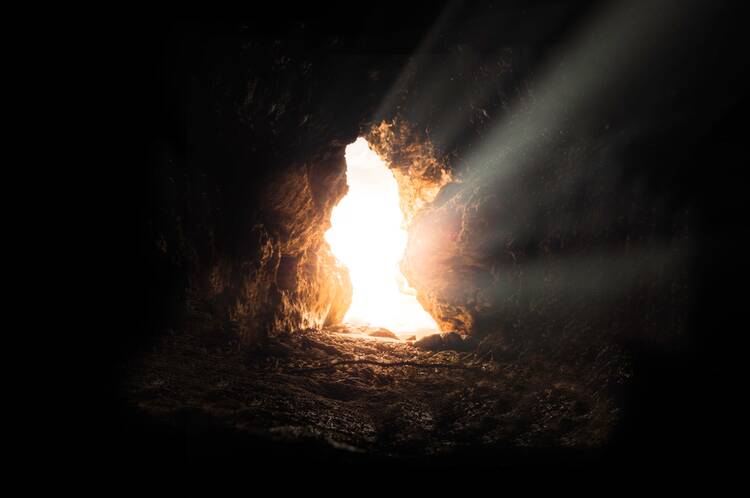 I don’t think I’ve ever wanted spring to come as much as I have in the last few weeks. Thanks to the pandemic, this has felt like the longest fall and winter in history. On the rooftop of my Jesuit community in New York City is a little garden. Last fall I planted all sorts of bulbs: daffodils, hyacinths, crocuses in little plastic pots, and they are just now starting to bloom. I feel an almost physical release looking at them.

And I long for Easter even more, because it has also felt like the longest Lent in history. The pandemic began in Lent last year and, as a result, it has felt like the entire past 12 months has been one big Lent. This Ash Wednesday, when people asked me what to give up I was tempted to say, “Nothing: you’ve probably given up more than you ever thought possible last year.” There has been for the last year, among many people, feelings of rootlessness, hopelessness and even despair. Fear too. Sadness. It is similar to what the disciples felt on Good Friday and Holy Saturday. The Easter Vigil leads us into these feelings.

Yet we know that this is never the last word. Fall and winter always give way to spring and summer, as those of us in the northern hemisphere are now experiencing. And suffering is never the end, in the Christian worldview and, more importantly, the Christian experience.

Pope Francis is about to visit Greece and Cyprus — and he’s expected to invite some 50 migrants to come to Rome
The pope sees his visit here as another way to get people in Europe and elsewhere to understand that the greatest humanitarian crisis since World War II requires a global solution.
Gerard O’ConnellDecember 01, 2021