Easter Sunday: What a flower can teach us about Jesus’ death (and resurrection) 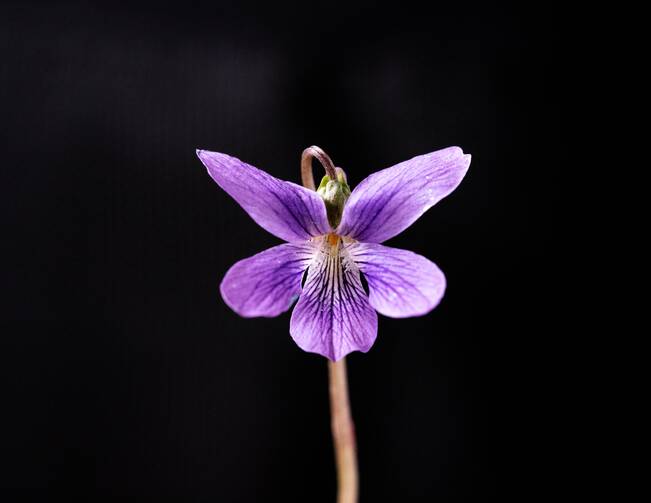 Photo by Mike on Unsplash

A Reflection for Easter Sunday

There is no dearth of death. Its images suffuse modern media, becoming the static of contemporary life. We have long since learned to tune it out, though there are years, like the last, when dying refuses to sizzle down into the background.

News of yet another death is both comprehensible and commonplace, but whatever comes after death is, as Hamlet says, “the undiscovered country.” Resurrection is impenetrable. It has no parallel. We struggle even to imagine what it would be like. Knowing the radical change that they undergo when they become chicks, we decorate eggs for Easter. The chick is the same creature it was in the egg, yet all has changed!

In 2020, the poet Louise Glück became the first American woman to win the Nobel Prize for literature. Her poem, “Wild Iris,” begins with a description of death, the sort of death something made of earth and growing there might recount if it could speak. In her poem a wild iris shares its own story of resurrection with us. It begins by telling us:

At the end of my suffering
there was a door.

If it could speak, would a wild iris say that death is not something singular, that it can summon the experience to mind? That it remembers dying each year only to rise again to life? The poem continues:

Hear me out: that which you call death
I remember.

“Buried in the dark earth,” might a living bulb be aware? That is what the poet suggests.

It is terrible to survive
as consciousness
buried in the dark earth.

Our consciousness cannot imagine its own cessation. We picture our deaths, but of course that is still our consciousness at work, imagining our own demise. Our real terror is not that consciousness will fade but that it will be entombed in death. That seems an almost sufficient image of what hell would be.

In the poem, the wild iris tells us to set aside that fear.

Then it was over: that which you fear, being
a soul and unable
to speak, ending abruptly, the stiff earth
bending a little.

The resurrected Jesus also tells us that we can set aside our fear of death, that he has passed through the door before us. He tells us to picture that which is to come. In the fullness of time, the life before death will be but a shadow compared to the life that is yet to be revealed.

Think of what is above, not of what is on earth.
For you have died, and your life is hidden with Christ in God.
When Christ your life appears,
then you too will appear with him in glory (Col 3:2-4).

The Nazarene emerges from the cave as the Christ. The terror of entombed consciousness has passed. What he had said with his life—his preaching, his healings, his care—is not dissolved in death. He tells us that death will not be for us, as it was for the psalmist, a going down into silence, a place where our voice, our story is made forever still.

For in death there is no remembrance of you;
from the grave, who can give you praise? (Ps 6:6).

You who do not remember
passage from the other world
I tell you I could speak again: whatever
returns from oblivion returns
to find a voice….

Of course, a wild iris is not conscious. It cannot call death or resurrection to mind. It does not fear one or rejoice in the other. It just comes back to life in the way of nature.

But what if consciousness was not the exception but the very ambition of nature? What would it mean for consciousness to pass through death, aware of itself, always knowing that

at the end of my suffering
there was a door.

This is what the Nazarene, who shared our life, who was crucified for our sins, now tells us as the Christ. In resurrection his life is magnified, glorified. Whatever the created purpose of human consciousness, its re-created purpose, its new destiny, is union with God, that consciousness in which the cosmos itself rests. A great force of life will yet surge for us, an unparalleled beauty is yet to be revealed. The poem concludes:

from the center of my life came
a great fountain, deep blue
shadows on azure seawater.