Is the Last Supper history’s most paradoxical lie? 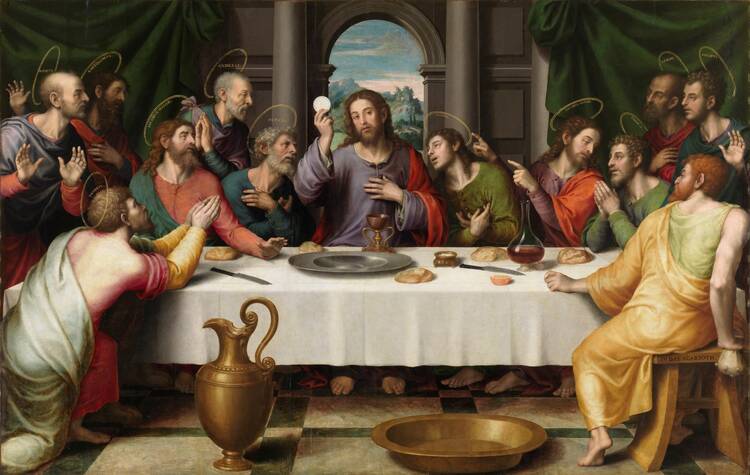 A Reflection for Holy Thursday

At only 33 days, the pontificate of Albino Luciani, Pope John Paul I, was one of the shortest in history. The world was stunned by his sudden death on Sept. 28, 1978. Even the Vatican was a bit bewildered, not admitting that the deceased pontiff had been discovered by a religious sister who worked in the household. And instead of the papers from the office, which were found at his bedside, they substituted the Christian spiritual classic, The Imitation of Christ. Evidently, better to present the departed pontiff as holy than as hardworking.

Even in the face of death, we toy with truth to serve our ends. Indeed, many of our contemporaries base their abandonment of or lackluster adherence to Christianity on the belief that its great historical claims can now be explained away.

Are the Gospels self-serving accounts? Paradoxically, awareness of the human predilection to tamper with the truth assails, rather than supports, that presumption. According to the Gospels, Jesus astounded his own disciples by his resurrection from the dead. But suppose that was not the case. Then what we should expect from those who wanted to continue his crusade, even without its leader, would be the claim that Christ was a great martyr.

Are the Gospels self-serving accounts? Paradoxically, awareness of the human predilection to tamper with the truth assails, rather than supports, that presumption.

Do not let the record that we have obscure the one that should have been expected because if you do, you miss the singularity of that extraordinary seder meal, which is so intricately linked with the claim that Christ rose from the dead. What we should expect to hear, in a story that has been dressed up, is that Jesus piously and perfectly celebrated his last Passover with his disciples. Claiming that Christ passed his last night on earth as a pious Jew would have set the stage for the proclamation of his martyrdom. It would have rallied others to Christ’s cause, both then and in the centuries to come.

As the one presiding over the seder, Jesus should have given thanks for the covenant, the law, the land and the kingship of David. Instead, from the earliest record, that of St. Paul in his Letter to the Corinthians, we find the astonishing assertion that Christ—quite blasphemously if he were not the Son of God—transformed this sacred act of Jewish thanksgiving. How else can one put it? Jesus gave thanks to the God of Israel for himself. He presented his own life as the greatest, most utterly novel intervention of God into Israel’s history.

The Lord Jesus, on the night he was handed over,
took bread, and, after he had given thanks,
broke it and said, “This is my body that is for you.
Do this in remembrance of me.”

In the same way also the cup, after supper, saying,
“This cup is the new covenant in my blood.
Do this, as often as you drink it, in remembrance of me.”
For as often as you eat this bread and drink the cup,
you proclaim the death of the Lord until he comes (1 Cor 11:23-26).

The early Christian record is not what we should expect from the human weakness to exploit the truth to serve one’s own ends. It presents Jesus as seizing the divine prerogative, saying that he took bread and wine and declared both to be himself, given for his current disciples and for those yet to come. Most extraordinarily, it asserts that Christ consciously entered the agony of his death giving thanks to God! What ordinary man, in the face of martyrdom, does that? Makes a public act of thanksgiving for his death?

The early Christian record is not what we should expect from the human weakness to exploit the truth to serve one’s own ends.

If entertaining the notion that it has all been made up helps you to live a life unfettered by the claims of this Holy Week, then you must at least acknowledge this much. St. Peter, St. John, or some unnamed disciple is undoubtedly the greatest evil genius the world has ever known because he did not tell the expected lie. Instead, he created the most paradoxical lie in history, putting it on the lips of the dying Jesus himself.

A martyr needs to be remembered as faithful to the end. Only a resurrected messiah can be recalled as thanking the God of Israel, his Father, for the gift of his own self and for his coming death. Only a madman or one who truly is the messiah would command, “Do this in memory of me.”