I learned on Holy Thursday that in times of trouble, women know the way out 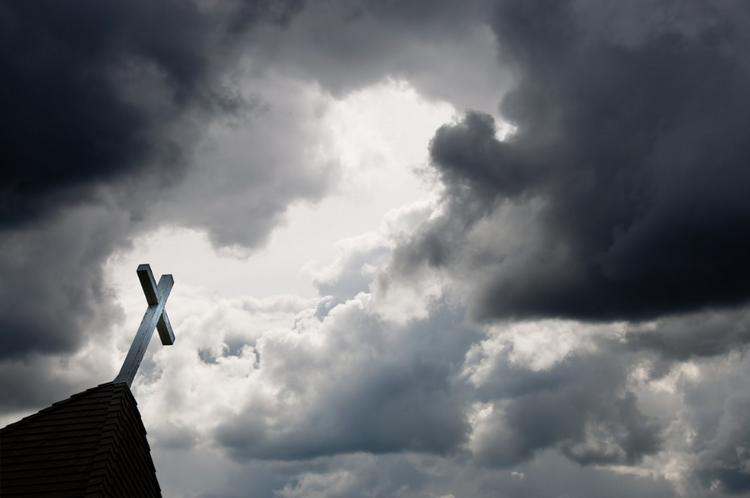 I ran into my friends after they had done some coke and I had gone to Mass. I knew what they had been up to, and they had a hunch about me. But we loved each other, so, though I rejected the economy that brought cocaine into this country, and they rejected the rites that they associated (at best) with Dracula and dead great aunts, we just didn’t talk about it.

This was in graduate school, in Iowa City, Iowa. Like many Mohammeds who go by Mo or like my Jewish student Chen who gave up and told us to pronounce his Hebrew name “Chin,” I did not then, nor do I now go by my ethnic ghetto of a name—Mary Margaret. Mia was what my friends called me and still do, just Mia.

In college I had read this quote from Thomas Merton: “What we have to be is what we are.” It was an epigraph to an essay written by an out, gay, noncelibate, politically leftist, devout, Catholic man, and I thought: O.K. I will. There is truth in all true paths; but life being brief and shopping being lame, I committed to walk the one I was born into.

There is truth in all true paths; but life being brief and shopping being lame, I committed to walk the one I was born into.

Each December in my path, you get to light a wreath, put it on your head and deliver sweet rolls in the dark. And in the spring you are reminded that you are dust and will be dust. I had seen the Virgin of Guadalupe painted on the underside of lowriders and touched a basin of holy dirt. So: There was beauty. And though I had known all kinds of gay people in my church growing up, I had not heard a homily about, say, Sodom and Gomorrah. And then when I did encounter the church of the culture wars and the church of nationalism, I had already read an exegesis on Genesis 19 in the context of welcoming the stranger and had found some holy fools and a Trappestine hermit and the Catholic Worker, all of which afforded me room to stay.

So there I was, going to Mass all alone, a thing to keep on the down-low in my circle if ever there was. It was Holy Thursday. I left my raised-vaguely-Unitarian boyfriend at the falafel joint and walked to church in my flip-flops. I did so because though I had eaten, I remained hungry, and I did so because human beings washing each other’s feet is very beautiful to me; it is as beautiful a ritual as I know.

The priest was a Knights-of-Columbus kind of guy, pro-Tootsie Rolls and the patriarchy, but I had been taught that sometimes the homily is there for a smoke break (to paraphrase John Cheever). So fine: Give me Jesus. I longed to be washed and to wash. The sky was gathering and purple, full of tumult, really glorious and very near. I walked in.

There I was, going to Mass all alone because though I had eaten, I remained hungry.

I knew the washing of the feet as a peaceful, pluralistic chaos: People rose or didn’t and it took as long as it needed to and water got on the floor.

But not here. Father summoned 12 middle-aged white men in suits, and they sat in a line, facing us, like a weird barefoot press conference. No brown people, no poor or disabled people, no woman like the angel of my childhood parish who would occasionally yell “RONALD REAGAN IS THE ANTI-CHRIST” while showering herself from the baptismal font with an old soap bottle just to keep things lively. It was just the insurance adjusters, God’s chosen.

Likely because of my own pride and attendant inability to see the full, various and beloved humanity of these men, this pissed me off. Or perhaps it pissed me off because it was bad ritual and, therefore, a kind of lie. So I walked out.

That woman is in so many parishes, beneath the exit sign and almost out the door, singing while the roof gets ripped off and the sky falls.

But outside there was a tornado—an actual tornado. Later that evening I would find that the roof of my apartment building had been ripped right off, which meant that on the second floor, where my friend April and I lived, there was no ceiling at all, just a mysterious gray sludge below and a streak of stars above.

Catholic women are leaving the church. This group wants them to lead it.
Zac Davis

My first impulse was to walk right into it, the weather and the sirens, but the trees were buckling, and I was soaked, so I turned back into the church, which had been transfigured. The lights were out. The row of men had disappeared. There was one light left: the exit sign. An enormous woman had planted herself under it. In my memory she only grows: She is six feet now, a tree that will not be moved. This woman was no one official but, like any person around her, she had once been baptized priest, prophet and king. So there she was, under the EXIT sign, and she began to sing. She was singing “Pange Lingua, Gloriosi,” a Medieval Latin hymn, and she was singing it in such a way that if the tornado touched down, if the church building washed away, if the whole town or country was gone, just gone, she would have kept singing. Sing my tongue, the chant calls, so somber and beautiful. Tell, my tongue, of the mystery.

The shape of the church had changed. American-ness was erased. Somebody did a thing that Catholics excel at: They got a bunch of candles and passed them around. Why weren’t we in the basement? I don’t know. The sirens were going. For some reason, we lit candles instead, one to the next, and started to sing.

That woman is in so many parishes, right there beneath the exit sign and almost out the door, singing while the roof gets ripped off and the sky falls. I have a suggestion for the Fathers: Let the dark be dark. It already is. Just follow that woman; she knows the words. Or weep, while she sings.

More: Lent / Women in the Church 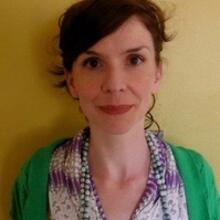 Mary Margaret Alvarado’s recent nonfiction includes long-form essays on gun violence as American weather for The Virginia Quarterly Review and coming of age as coming into a digital existence for Cagibi. She is the author of Hey Folly (Dos Madres), a book of poems.

Definitely, this article takes people on a varied journey of life. I am one of those women who is close to the Exit sign. Why stay? Jesus' Spirit is with me as I walk to the bus, work, and shop. I find the door to the church difficult to open these days. Loyalty from many years ago is tarnished. I now have words to share in the public arena, preferring not the incense-laden ritual of years ago.

What an incredible treat this piece of writing is - I'm dumbfound with its beauty.

Mia, thank you for this. Every sentence is a gem.

Mia , what a beautiful tribute to those of us who still standing under the Exit signs, against all odds and singing our hearts out! Bless you, child!