Reflection: Don’t place a price on other people’s lives. That’s what Judas did. 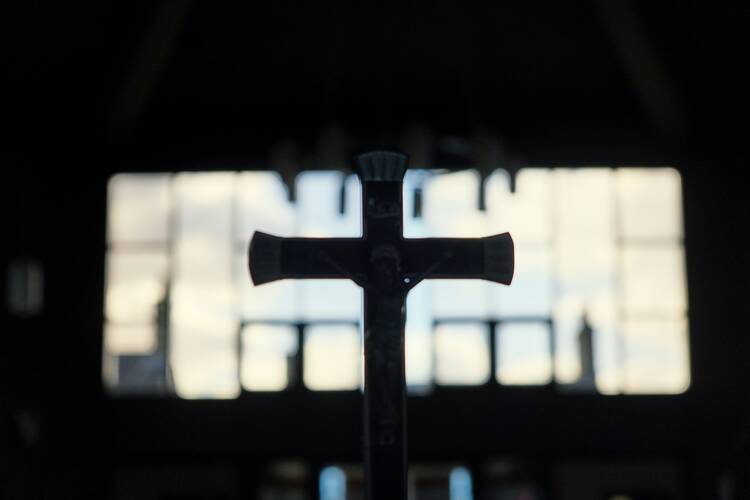 Photo by Chris Barker on Unsplash

One of the Twelve, who was called Judas Iscariot,
went to the chief priests and said,
“What are you willing to give me
if I hand him over to you?”
They paid him thirty pieces of silver,
and from that time on he looked for an opportunity to hand him over.

On the first day of the Feast of Unleavened Bread,
the disciples approached Jesus and said,
“Where do you want us to prepare
for you to eat the Passover?”
He said,
“Go into the city to a certain man and tell him,
‘The teacher says, My appointed time draws near;
in your house I shall celebrate the Passover with my disciples.”‘“
The disciples then did as Jesus had ordered,
and prepared the Passover.

When it was evening,
he reclined at table with the Twelve.
And while they were eating, he said,
“Amen, I say to you, one of you will betray me.”
Deeply distressed at this,
they began to say to him one after another,
“Surely it is not I, Lord?”
He said in reply,
“He who has dipped his hand into the dish with me
is the one who will betray me.
The Son of Man indeed goes, as it is written of him,
but woe to that man by whom the Son of Man is betrayed.
It would be better for that man if he had never been born.”
Then Judas, his betrayer, said in reply,
“Surely it is not I, Rabbi?”
He answered, “You have said so.”

In my Zoom church last week, when we were reflecting on the Gospel together, someone brought up “satisfaction theory”: this idea in Catholic theology that humanity, because of sin, owed God a debt, and that Jesus paid that debt with his life.

We got to talking about how strange that was—putting a price on a human life has been the realm of “bad guys” throughout history for as long as we can remember: the Egyptians who enslaved the Jews, Judas who sold Jesus for 30 pieces of silver, American slaveholders, bounty hunters… It seems strange that an all-powerful God whose grace is limitless and who we know is quick to forgive, would take such a transactional view of life.

There is some beauty in thinking of how high the price God put on us was, that he was willing to give up his only child, but something still rubbed us the wrong way about this image of God as a debt collector, tallying what we owe him and then deciding out of the goodness of his heart to pay it for us.

So we started talking about other theories theologians have posed as alternatives to satisfaction theory. One of them was this: That God loved us so much that he sent his son as a free gift to us, out of his infinite love. And the Crucifixion, the torture and death of Jesus that we see begin today, wasn’t something that *had* to happen to pay a cosmic debt; it was simply our response to God’s love.

Smarter people than myself can argue about what they think of that theory, but I’m struck by what it tells us about ourselves. It makes the Crucifixion not just an image of God’s love, but a mirror reflecting our sin back to us, saying, this is the evil you’re capable of. This is why you need God’s love and forgiveness so badly. That’s the image I’ll be sitting with this Holy Week.