What should teens give up for Lent? 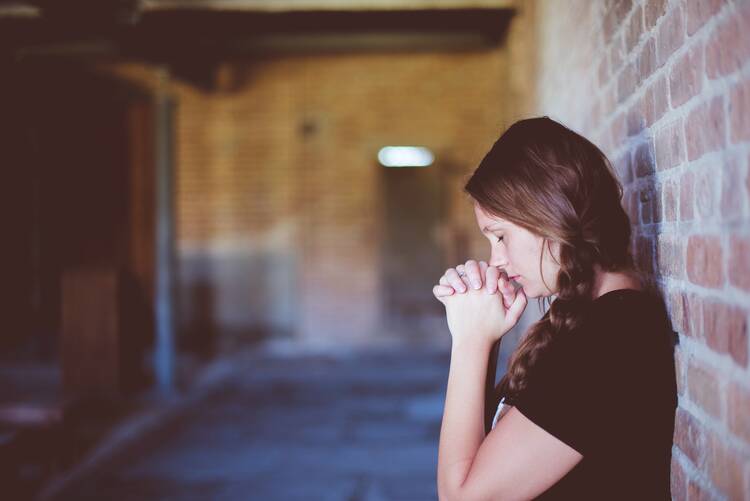 Photo by Ben White on Unsplash.

Below is a list I have compiled—to the best of my ability—of what I have given up for Lent during each year of my life.

Age 9: Fighting with my brothers

Age 12: Juice and fighting with my brothers

Ages 18-19: Drinking (though as far as my parents were concerned, sweets and candy)

Age 20: Everything besides staying in the house and staring at Zoom

It is to my perpetual embarrassment and shame that not one of these efforts was completely successful. In fact, the only “fruitful” thing about my past sacrifices was the orange juice I would guiltily sneak in with my breakfast. Like many Catholics, I am bad at Lent.

Every year, millions of young Catholics, especially teenagers, see Lent as a season of emotional self-flagellation: 40 days of sweating out sin to make weight for Easter.

But what is most frustrating for me is that, through this saga of failings, I never got any closer to what Lent is really about. The spiritual enrichment and profound humility we strive for was lost in a haze of crankiness and complaints, gaffes and guilt. I was so focused on my neediness, my gluttony—and so tortured by my stubborn inability to break free of these—I never got a moment’s respite to focus on why I felt that way. Desperate to contend with the blows of inadequacy, yet unable to “put on the armor of God,” I settled for a suffocating blanket of shame.

I’m not alone. Every year, millions of young Catholics, especially teenagers, see Lent as a season of emotional self-flagellation: 40 days of sweating out sin to make weight for Easter. The Book of Joel reminds us to “rend not your garments, rend your hearts,” but all that teenagers hear is, “for God’s sake, don’t wear those ripped jeans!” After all, if Joel ever spent a block period in an American high school, I’m sure he would agree there is a sufficient quantity of broken hearts.

What, then, is driving this extreme characterization of Lent? Why did I, a very theologically-literate 16-year-old, convince myself that one brownie during Holy Week had put me into Dante’s tenth circle? It’s a question I feel uniquely qualified to answer. I’ve spent years working in high school ministry for my diocese, and yet, I’m not so grown up that I’ve forgotten the scars—acne and otherwise—of my teenage years.

One reason, I would argue, is what we’re being told to give up. Every year, teenage Catholics are offered the same buffet of options: “Spend less time on your phone,” “eat healthier,” “wake up earlier” or “don’t play those infernal video games.” This is because every year, we adults of the faith community tell teenagers to give up the things that botherusthe most, and we rope in the divine will as extra leverage. We clothe our suggestions in the idea that certain traits—their vampiric sleep schedule, their snack addiction, their Snapchat streaks and meme-sending—are not simply irritating to their parents or pastors, but rather that they are chains to be broken in order to pass through the pearly gates.

These suggestions, however valuable and well-intentioned, are too similar to our frequent commands of ordinary time, and suddenly what should be an act of love becomes yet another joyless law. We are made Pharisees not out of wicked vice, but by our blind certainty that goodness will not, cannot, be found in this strange and estranged generation.

We adults of the faith community tell teenagers to give up the things that bother us the most, and we rope in the divine will as extra leverage.

We tell teenagers that Lent is about sacrifice, and that is true. But what they hear is that Lent is about deprivation. It’s about taking the things that give them joy—talents, hobbies, chatting with friends—and putting them on the side of sin. What, then, is on the side of holiness? Well, all parents are economists at heart: Time not on your phone can be repurposed for room-cleaning or studying. In other words, not just your parents, but God wants you to swap all the things you like for all the things you hate. Teenagers still serve two masters, but we’ve switched out Mammon for “that mountain of laundry next to your bed.”

It goes without saying that this outcome is a lose-lose. Parents, while sometimes a little misguided, only want the best for their kids. Ironically, that is what got us into this mess in the first place. But what we adults don’t want to do is make teenagers think that the church is for sad and guilty people. We need to show them the true meaning of Lent. As it happens, it’s a meaning that’s already written on their hearts, spelled out in a confusing search for meaning and fulfillment.

What teenagers need more than anything is a reminder of transcendence. Instead of using Lent as a tool to say “phone equals bad,” we should use it as a time to show a bigger, more authentic picture of what life is really about. Lent is not about taking away everything you enjoy in life. Rather, Lent invites us to block out a world full of noise, giving us space to reimagine who we are at our core—or, especially in the case of teenagers, imagine who we want to become. Indeed, it’s a season made for teenagers, as both Lent and adolescence are, by their nature, transitional and temporary—moments on the path to a life of fulfillment.

Consider this: We give things up notbecause they are sinful and we are addicted sinners, but instead because it is too easy to become convinced that those things define us, even in their absence. Social media, junk food and video games can be harmful to teenagers; nobody denies that. But far more harmful is the idea that a teenagers’ worthlies in their ability to forsake them, and not in their existence as beloved, exceptional and unique creations by a God who never makes mistakes.

So what are some commitments that reflect this flux and growth? What should teenagers give up for Lent?

What if, instead of giving up candy or screen time for Lent, teenagers gave up things like negative self-thoughts, self-harm and comparison? What if you had an honest conversation with your teenager about these things and agreed on structured responses to them? Maybe every time they feel unworthy, they read a favorite Scripture passage to remind them they are loved—infinitely, individually, indubitably. Maybe every time they feel compelled or overwhelmed by these toxic habits, they say a prayer to God with five things they like about themselves, parts of their identity they are grateful for. And if they genuinely can’t do that, then doesn’t that underscore the need for a time like this?

What if teenagers committed to doing things they enjoy for Lent? What, if instead of sacrificing their phones for 40 days, they committed to using that phone to listen to a Catholic podcast every day? There are scores of well-produced podcasts out there that speak directly to these issues of mental health in Catholic teenagers. Or, imagine if teenagers took up daily journalingto reflect on their identity and purposein this period of great change. What if it was something as simple as sitting for a time in meditative silence?

If Catholics were left to the candid silence of their hearts, we would see that teenagers are not inherently opposed to the church.

I know, it feels weird to say these things. I know your gut reaction is that these aren’t hardenough or that it’s the phone’s fault or that it’s nothing like what we did at their age. But even if that waswhat Lent was about, being a teenager right now is hard enough. I’m only a few years removed from my teen years, but I still remember how stressful it is to grow and developlike teenagers do. We harp on the need to make mistakes (and the spiritual value of doing so), but we forget the pain of being at an age where it feels like all you do is make mistakes.

In a faith built on mystery, here’s something of which I’m certain: If Catholics were left to the candid silence of their hearts, we would see that teenagers are not inherently opposed to the church. In fact, teenagers are made for the church—something they might more readily embrace if we stopped insisting they weren’t.

And we do insist: We fret about their social ineptitude, their scriptural illiteracy, their stunted attention spans. We mock them for growing up with Google, but we underestimate their desire for answers beyond their fingertips. We bemoan their supposed promiscuity because, deep down, we think they have forgotten what it means to be human beings, when in fact we have. We are convinced they have spurned our ways and our answers, when so often the reality is that we have failed to make those ways and answers clear, alive and real in their hearts.

What will it take to keep young people in the church?
Katie Prejean McGrady

I look back on my list of Lenten commitments, and all I can see is misunderstanding. I thought that if I just picked something I liked and forswore it, I’d be the holiest kid on the block. But God does not cast us as evil stepsisters, cutting away at our feet to force a perfect fit in some glass slipper of heaven. We are each of us invited to the ball; we need only stop trying to fit in other people’s shoes.

Is it good for me to practice healthier eating and drinking habits, to make peace with my brothers and to be productive with my time? Of course, and these actions can certainly make me holier. But Lent is not a 40-day Weight Watchers program. Lent is when we sit down in a loud and confusing world and try to figure out what we’re doing here. That is all the more important for the people who are most confused.

This Lent, let your teenager grow. Let them discover what it means to be a son or daughter of God, to be a member of the church, to be a human in flux. Let them know that they can transcend the peace this world offers in their quest to find the peace only Christ can give.

But, more than anything, let them make this faith their own. Because if it isn’t theirs, why on Earth would they keep it? 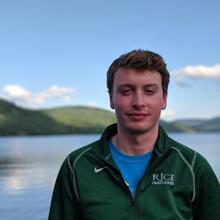 Michael Lyons is a senior at Boston College, studying English with a minor in Philosophy.