Reflection: We all love our independence—but none of us get there on our own. 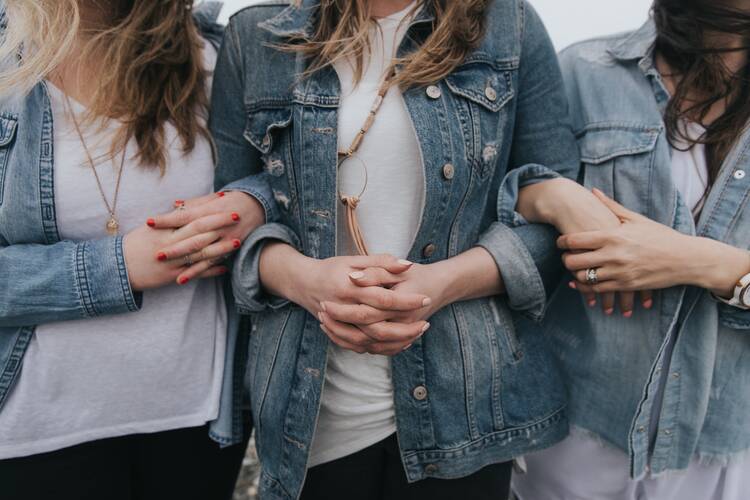 Photo by Becca Tapert on Unsplash

Jesus answered the Jews:
“My Father is at work until now, so I am at work.”
For this reason they tried all the more to kill him,
because he not only broke the sabbath
but he also called God his own father, making himself equal to God.

Jesus answered and said to them,
“Amen, amen, I say to you, the Son cannot do anything on his own,
but only what he sees the Father doing;
for what he does, the Son will do also.
For the Father loves the Son
and shows him everything that he himself does,
and he will show him greater works than these,
so that you may be amazed.
For just as the Father raises the dead and gives life,
so also does the Son give life to whomever he wishes.
Nor does the Father judge anyone,
but he has given all judgment to the Son,
so that all may honor the Son just as they honor the Father.
Whoever does not honor the Son
does not honor the Father who sent him.
Amen, amen, I say to you, whoever hears my word
and believes in the one who sent me
has eternal life and will not come to condemnation,
but has passed from death to life.
Amen, amen, I say to you, the hour is coming and is now here
when the dead will hear the voice of the Son of God,
and those who hear will live.
For just as the Father has life in himself,
so also he gave to the Son the possession of life in himself.
And he gave him power to exercise judgment,
because he is the Son of Man.
Do not be amazed at this,
because the hour is coming in which all who are in the tombs
will hear his voice and will come out,
those who have done good deeds
to the resurrection of life,
but those who have done wicked deeds
to the resurrection of condemnation.

“I cannot do anything on my own;
I judge as I hear, and my judgment is just,
because I do not seek my own will
but the will of the one who sent me.”

There are few values American society prizes more than independence. We pride ourselves on being able to say that we’ve pulled ourselves up by our bootstraps. We love being able to claim we’re solely responsible for our successes. But today’s readings remind us that none of us get to where we are on our own, nor should we want to.

In today’s readings we are reminded that, in fact, we are never alone. In Isaiah we hear, even if our own mother should forget us, our God will not. In the Psalm, we are reminded that “the Lord is near to all who call upon him.” And in the Gospel, Jesus reminds us that even he “cannot do anything on [his] own,” but that all his power comes from the fact that he does not seek his own will, “but the will of the one who sent [him].” Jesus’ power comes through his humility, his unity with God the father.

When things are going well, it’s often easy to forget our own connection to God, to assume that whatever successes we have found have been of our own making. But pandemic times have caused many of us to rely on God and our communities in ways we haven’t before. It has been humbling and hard. Never has it felt so much like our successes or failures are intertwined with the lives and choices of those around us. The Gospel tells us that the hour is coming when we will be judged, that “those who have done good deeds” will find “the resurrection of life.” During a pandemic that can often feel like the end times, these words arrive with a sense of urgency. How we treat each other matters. We are all heading to the same end, and how we get there matters. And none of us get there alone.