Pope Francis: Vatican II must be taught as part of church teaching, or ‘you are not with the church’ 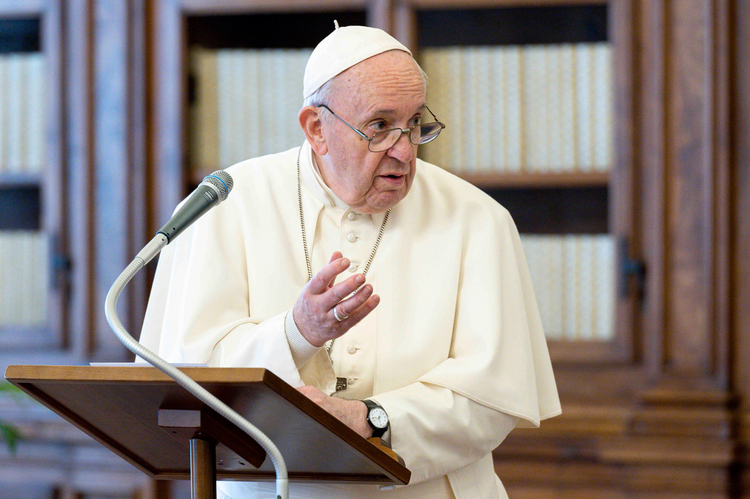 VATICAN CITY (CNS) -- Religious education must focus on leading people to a personal relationship with Christ and building a community of believers where the talents of each person are valued and where all go out to share the Gospel and serve the poor, Pope Francis said.

"The first protagonists of catechesis are those messengers of the Gospel, often laypeople, who generously get involved to share the beauty of having encountered Jesus," the pope said Jan. 30 to participants in a meeting organized by the Italian bishops' National Catechetical Office.

Catechesis must "express God's saving love, which precedes any moral and religious obligation on our part," he said. "'You are loved, you are loved' -- this comes first; this is the gateway."

Catechesis does "not impose the truth but appeals to freedom, like Jesus did," he said, and "it should be marked by joy, encouragement, liveliness and a harmonious balance which will not reduce preaching to a few doctrines which are at times more philosophical than evangelical."

However, he said, a catechist always must teach what the church teaches and that includes the vision and teachings of the Second Vatican Council.

"We must be demanding and strict on this point," the pope said.

"Selectivity with respect to the council" is something that has happened throughout the history of the church with its various councils, he said. "It makes me think of a group of bishops who, after Vatican I (1869-70), left with a group of lay people, of groups, to continue the 'true doctrine' that was not that of Vatican I."

"Today they ordain women," the pope said, apparently referring to the Old Catholic Churches that are part of the Union of Utrecht.

"Please," the pope told the group, "no concessions to those who try to present a catechesis that does not agree with the magisterium of the church."

Pope Francis also told the group that after five years of on-again, off-again discussions, the Italian bishops' conference "must begin the process for a national synod -- community by community, diocese by diocese."

The bishops, religious and laypeople who gathered in Florence in 2015 for the Italian church's national convention, held every 10 years, spoke about the idea of having a synod, but no formal steps were taken to organize it. "Now, take it up again. It's time," the pope said.

Quoting from his speech to the convention delegates in Florence, Pope Francis told members of the catechetical office that religious education must place the community dimension of the church at its center.

"This is not the time for elitist strategies," he said. "This is the time to be artisans of open communities that know how to value the talents of each one. It is a time for missionary communities, free and disinterested, that do not seek relevance and advantage, but walk the paths of the people of our time, bending down to those on the margins."