In a single day, on three continents, the Catholic Church lost a cardinal and two bishops to Covid-19 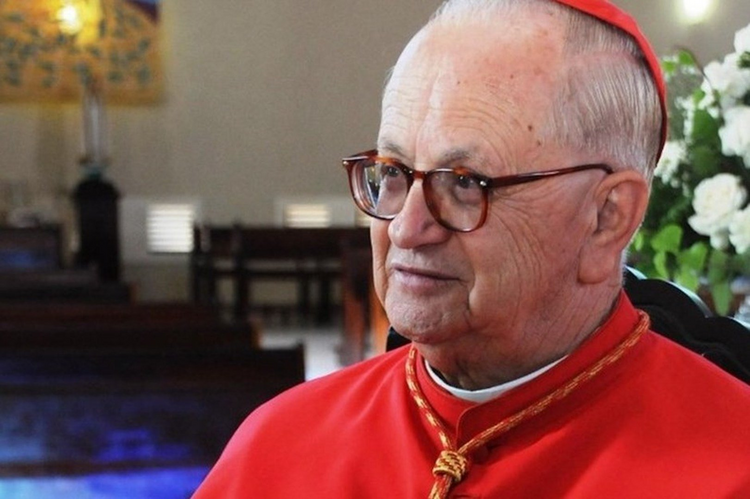 Retired Brazilian Cardinal Eusebio Scheid, 88, died in the interior of São Paulo state Jan. 13, after only a few days in the hospital with COVID-19. He is pictured in an undated photo. (CNS photo/courtesy Sao Jose dos Campos City Government)

Brazilian Cardinal Eusebio Scheid, 88, died in the interior of São Paulo state Jan. 13, after only a few days in the hospital with COVID-19.

Across the Atlantic, in Scotland, Archbishop Philip Tartaglia of Glasgow, 70, died at his home, where he was self-isolating after testing positive for COVID-19 shortly after Christmas.

In Zambia, Bishop Moses Hamungole of Monze died at Levy Mwanawasa Hospital in the capital, Lusaka, where they have a dedicated unit for COVID-19 patients.

Brazilian Cardinal Eusebio Scheid, 88, died in the interior of São Paulo state Jan. 13, after only a few days in the hospital with COVID-19.

A day later, the Catholic Bishops’ Conference of Scotland announced that Bishop Emeritus Vincent Logan of Dunkeld, 79, had also died of complications related to COVID-19.

“Coming only a day after the death in Glasgow of Archbishop Philip Tartaglia,” the retired bishop’s death “marks this week as one of loss and mourning for the Catholic church in Scotland,” wrote Bishop Hugh Gilbert of Aberdeen, the conference president, in a statement.

Cardinal Scheid, born in Santa Catarina state in 1932, was ordained in July 1960 and served in the archdioceses of Florianópolis and Rio de Janeiro before retiring in 2009. St. John Paul II elevated him to cardinal in 2003.

“To remember this brother of ours is to speak of his dedication and concern for the formation of the clergy, as well as his encouragement for evangelization and the organization of pastoral care,” read the note issued by the Brazilian bishops’ conference.

In Zambia, Bishop Moses Hamungole of Monze died at Levy Mwanawasa Hospital in the capital, Lusaka, where they have a dedicated unit for COVID-19 patients.

Known for his candor, Cardinal Scheid will be remembered for the controversy with then-President Luiz Inácio Lula da Silva during the 2005 conclave that elected Pope Benedict XVI.

After Pope John Paul II’s death, Lula da Silva organized a delegation to fly to the Vatican and expressed his desire that the new pope be Brazilian. At the time, Cardinal Cláudio Hummes was seen as one of the favorites for the papacy.

Cardinal Scheid accused Lula of wanting to exploit the episode politically and said that Lula “was not Catholic, he was chaotic” and that “he (Lula) and the Holy Spirit did not get along well.”

Before he was chosen to lead the Diocese of Monze in May 2014, Bishop Hamungole had been the head of Vatican Radio’s English Africa and Kiswahili Service in Rome, Italy. He was ordained a priest in August 1994 and worked in media-related ministries until his episcopal ordination.

“Bishop Vincent Logan was dedicated and energetic,” wrote Bishop Gilbert. “His episcopal ordination in 1981 at the age of 39 made him one of the youngest bishops in the world and gave him an energy and zeal in all he did. His commitment to Catholic Education was well known and his robust defence of it will be long remembered.”

Archbishop Tartaglia, ordained a priest in 1975, had served as leader of Scotland’s largest Catholic community since 2012.

“It is with the greatest sorrow that we announce the death of our archbishop,” read the statement released by the Archdiocese of Glasgow.

“He was a leading opponent of proposals to legalize same-sex marriage in Scotland and also criticized ministers over anti-bigotry legislation,” the statement said.