Make your life a chapter in the Gospel, the story of salvation

Make your life a chapter in the Gospel, the story of salvation 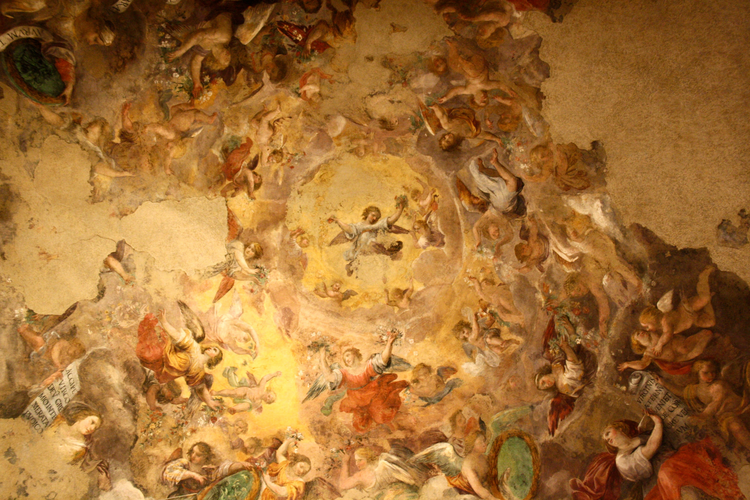 Photo by Annalisa Bellini on Unsplash

A Reflection for the Solemnity of the Holy Family

Even the angels found themselves pondering what had happened in Bethlehem. The Alexandrian theologian Origen, a third-century father of the church, suggested that, after the heavenly host had announced its good tidings, it withdrew from the shepherds into heaven where “the angels also marvel at the peace Jesus shall bring to earth.”

The passage is part of a riff in which Origen stretches the meaning of our term “Gospel.” He proposes that if “Gospel” means the good news of what God has accomplished in Christ, then it is hard to limit the term to the writings of our four evangelists. So, Origen suggests, Christ himself is the Gospel. The Old Testament—because it lays out God’s plan—is as well. And the angels are, in his mind, evangelists.

We write the Gospel with the stories of our lives, whom we love, how we live.

What is interesting for us on this Solemnity of the Holy Family is that Origen goes on to suggest that you and I are also evangelists. We write the Gospel with the stories of our lives, whom we love, how we live. To explain, Origen first draws attention to the woman who anointed the feet of Jesus:

It is also written, “Wherever this Gospel is preached among all the nations, that also which she has done shall be told for a memory of her.” Now it is clear that the things done to Jesus’ disciples [also] happen to him. Therefore, when he points out those who have received his benefits, he says to those who have done the beneficial deeds, “What you did to these, you did for me.” Consequently, every good deed which we perform for our neighbor is taken up into the Gospel which is written in the tablets of heaven and read by all those worthy of knowledge of all things (Commentary on the Gospel of John 1. 68).

Now there is a thought worth pondering! Parents do not simply teach their progeny the Gospel of Jesus Christ. In loving their children in Christ—because their children belong to Christ—they enter the very chronicles of salvation. They become part of the good news to be revealed in its fullness only at the end of time. Likewise, to love and to honor one’s parents or to receive one’s sibling as Christ is to be the good news that Christ brought into the world.

Whatever you do, in word or in deed, do everything in the name of the Lord Jesus, giving thanks to God the Father through him (Col 3:17).

Unlike so many modern forms of spirituality, Christianity is not a search. It is, instead, the result of having been found. We have heard the angels announce glad tidings. When the Gospel is read in liturgy, it is not the recitation of past deeds. No, in the power of the Spirit, when the Gospel is announced, the angels still sing, the shepherds are summoned, and we hear the good news of what God is doing now in our homes, in our families and in our communities.

Christianity is not a search. It is, instead, the result of having been found.

If our hearts are open when the Gospel is proclaimed in the Eucharist, then having been nourished with this spiritual food, we go home and become the good news. Each act of charity is recorded in a Gospel still being composed.

Read: Pope Francis prepares us for the coming of Christ on Christmas
Pope Francis

Origen reminds us that the angels have good news still to proclaim:

The angels, however, are not merely entrusted to one brief service pertaining to the Gospel, nor merely with visiting the shepherds. At the end of time an angel flying in mid-air with the Gospel will proclaim good news to every nation, since the good Father has not completely forsaken those who have fallen away from him. Wherefore, John, the son of Zebedee, says in the Apocalypse, “And I saw an angel flying in the midst of heaven, having the eternal Gospel to preach to those who sit upon the earth, and to every nation, and tribe, and tongue, and people, saying with a loud voice, “Fear God and give him glory because the hour of his judgement has come; and adore him who made heaven, and earth, and the sea, and the fountains of waters (Commentary on the Gospel of John (1. 83-84).

What is this end of time Gospel that will be proclaimed in mid-air by the angels? Come close: The angels will tell what happened after Christ brought his good news into the world. It will be the honor of his watchers to recite the stories of his saints—of whatever they did, in word or deed, in the name of the Lord Jesus. Let us pray that our names may be found in some chapter and verse of that chronicle.