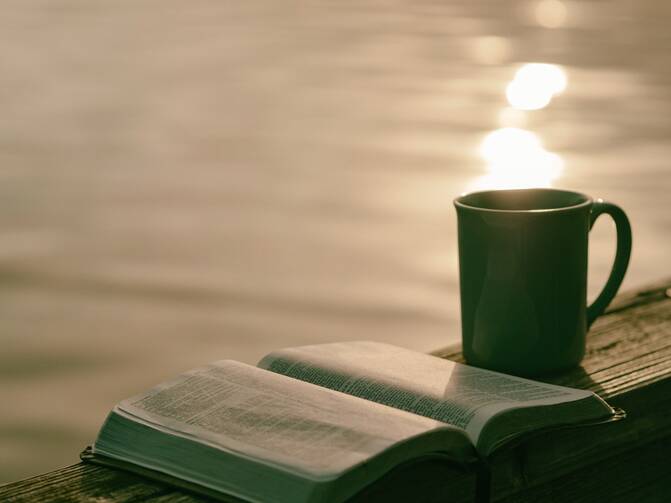 A Reflection for the Third Tuesday of Advent

“What is your opinion? A man had two sons. He came to the first and said, ‘Son, go out and work in the vineyard today.’

He said in reply, ‘I will not,’ but afterwards he changed his mind and went.

The man came to the other son and gave the same order. He said in reply, ‘Yes, sir,’ but did not go.

Which of the two did his father’s will?” They answered, “The first.” Jesus said to them, “Amen, I say to you, tax collectors and prostitutes are entering the kingdom of God before you.

When John came to you in the way of righteousness, you did not believe him; but tax collectors and prostitutes did. Yet even when you saw that, you did not later change your minds and believe him.

“I’m spiritual but not religious.” It is a common refrain at a time when more and more people do not trust the institutions that once gave structure and meaning to our lives. These people are often tired of people saying one thing and doing the opposite. When asked about my own Catholic faith, I have at times quipped that I am “religious but not spiritual.” I say it mostly in jest, but it contains a kernel of truth. I take great comfort in the ritual of the Mass and the concreteness of the Creed. But having an honest conversation with Jesus? Maybe after I finish just one more Netflix episode.

We are, of course, called to be both: spiritual and religious. In the Parable of the Two Sons, the Father tells each son to go work in the vineyard. The first son says he will not go, but changes his mind and obeys his father. The second son says he will go, but then does not follow through. Jesus asks the priests and elders who has done the Father’s will. The first son, they reply.

How often have I said the right thing but failed to turn my heart to Christ? That is what Jesus wants—and what the prostitutes and tax collectors understand.

Then, as he so often does, Jesus flips their (and our) expectations upside down. He compares the first son to the “prostitutes and tax collectors” who do not have the outward trappings of religion but believe John the Baptist, who preaches that “the kingdom of heaven is at hand.” The religious leaders, on the other hand, are like the second son. They say the right things but reject the Baptist’s call for repentance.

How often have I said the right thing but failed to turn my heart to Christ? That is what Jesus wants—and what the prostitutes and tax collectors understand. Jesus does not condone their sinful ways but points toward the inward conversion we all must undergo as followers of Christ. This Advent, we can keep our candles and calendars, as long as we remember what Jesus really wants is our undivided attention.

@AshleyMcKinlessmckinless@americamedia.org
Provide feedback on this article
Join the conversation: Login or create an account
Before you can comment, you need to update your profile to include your first and last name, as required in our comments policy. Then reload this page and you'll be set up for commenting. Update your profile