They tried to cancel Jesus. Instead he canceled death. 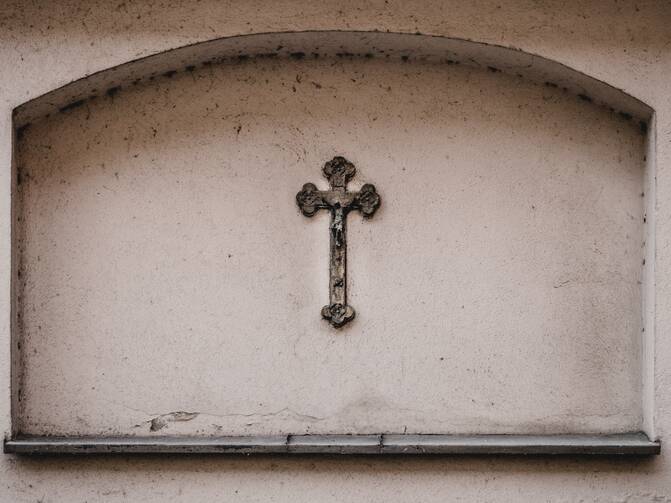 Photo by Kamil Szumotalski on Unsplash

A Reflection for the Third Monday of Advent

When he had come into the temple area, the chief priests and the elders of the people approached him as he was teaching and said, “By what authority are you doing these things?* And who gave you this authority?”

Jesus said to them in reply, “I shall ask you one question, and if you answer it for me, then I shall tell you by what authority I do these things.

Where was John’s baptism from? Was it of heavenly or of human origin?” They discussed this among themselves and said, “If we say ‘Of heavenly origin,’ he will say to us, ‘Then why did you not believe him?’

But if we say, ‘Of human origin,’ we fear the crowd, for they all regard John as a prophet.”

So they said to Jesus in reply, “We do not know.” He himself said to them, “Neither shall I tell you by what authority I do these things.

In this afflicted, endless year, we are confounded by fake news, disreputable opinions and the purest fictions ranted into disjointed reality. The worst are full of passionate intensity, the best sidelined by uncertainty and caution. Cancel culture’s humorless monitors scour the hallways of social media, more Catholic than the pope or so “woke” their eyes have glazed over, laying contextual traps, patient for the unwary.

Jesus had his trolls to contend with as well, of course, those Pharisees and scribes seeking to protect their privilege by undermining, canceling or shouting over voices that threatened their status or challenged their prejudices. They tried to cancel him as well, only to see him cancel death.

Jesus “defeated” his trolls by refusing to play the game by the rules they created.

Jesus, guided by an authority that remains mysterious and unspeakable, seemed like an easy mark for rhetorical capture. He “defeated” his trolls by refusing to play the game by the rules they created.

By whose authority do we speak, dare we act? An authority that cannot be described in any way that will prove acceptable to those seeking only to snare or ridicule. Better to pass in silence, confident in an all-encompassing mercy that does not require a defense.