John the Baptist died certain that Christ was his home. Will we?

John the Baptist died certain that Christ was his home. Will we? 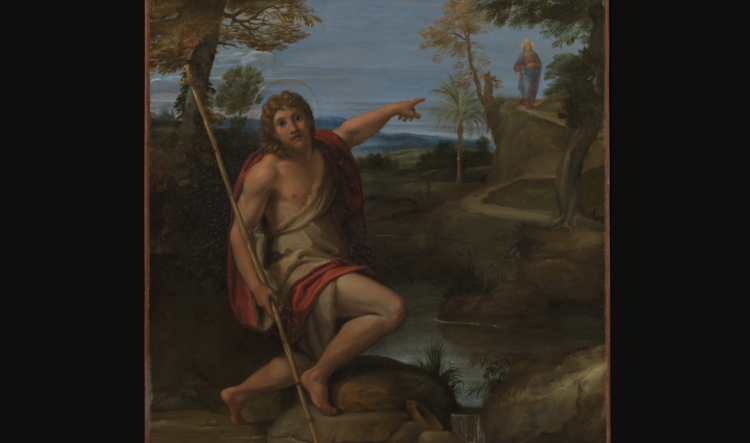 A Reflection for the Third Sunday of Advent

St. Augustine often spoke of eternal life as our homeland. If we are away from the old country, we do not possess it. We cannot even perfectly recall it, yet our hearts know enough to recognize the difference between this place where we are and home.

For Augustine, heaven was the perfect example of what Plato thought true knowledge always is: something that we recognize with surety because we have already possessed it, somehow, in a realm truer than this. That may leave the skeptic saying, “You say it must be true because you long for it, but desire alone does not make something real.” And we must respond: “But if this desire, for completion itself, is frustrated, then all is lost. We cannot be truly human and abandon hope.”

Here is St. Augustine on the homeland, preaching our very Gospel, this third Sunday of Advent:

It is as if someone could see his home country from a long way away, but is cut off from it by the sea; he sees where to go, but does not have the means to get there. In the same way all of us long to reach that secure place of ours where that which is is, because it alone always is as it is. But in between lies the sea of this world through which we are going, even though we already see where we are going (many, however, do not see where they are going). Thus, so that we might also have the means to go, the one we were longing to go to came here from there. And what did he make? A wooden raft for us to cross the sea on. For no one can cross the sea of this world unless carried over it on the cross of Christ. Sometimes even someone of ailing eyes embraces this cross; may the one who does not see from afar where he is going not let go of the cross, and it will take him to that destination (Homilies on the Gospel of John 2.2).

Each third Sunday of Advent, we ponder the figure of John the Baptist. Historians agree that John existed and that he exercised a ministry shortly before Jesus took up his own. It had two themes: God’s intervention—the Messiah—was nigh, and we must prepare ourselves for him by the conversion of our hearts. It is possible, from the point of view of history alone, to view John as the understudy, the almost-cast messiah. John dies a martyr’s death, and the world comprehends him only as what might have been.

John the Baptist knew that his destiny was to drown beneath the waters of death, but he also saw the one who had come to gather destiny itself into his hands.

John lived and died before the first full manifestation of Christ, which would come with his resurrection from the dead. We live before his second appearance at history’s close. Yet we share John’s fate. Every believer is destined to die as the Baptist did: unvindicated. We will all die seeing our work incomplete, reluctant to surrender the little love and comfort that we have known in this world. Those who survive us might indeed lament what appears to be our destiny and their own, a little jig yanked offstage by death.

We share death with him; we should share another certainty with John. Jesus came to show the way home. John recognized that:

John knew that his destiny was to drown beneath the waters of death, but he also saw the one who had come to gather destiny itself into his hands:

I baptize with water;
but there is one among you whom you do not recognize,
the one who is coming after me,
whose sandal strap I am not worthy to untie (Jn 1:26-27).

We will die unvindicated in the eyes of the world. Unless the Lord comes soon, that is assured. It cannot be altered. The question is whether we will die, like John, convicted in our hearts that the homeland has come to find us. Christ simply is our home. Pray for the grace to make the song that Isaiah gave John your own canticle of consolation.

I rejoice heartily in the Lord,
in my God is the joy of my soul;
for he has clothed me with a robe of salvation
and wrapped me in a mantle of justice,
like a bridegroom adorned with a diadem,
like a bride bedecked with her jewels (Is 61:10).

– Advent 2020: Reflections, podcasts and more
– Who in your life sheds light on God’s word?
– Read: Pope Francis on the intimacy and grace of prayer
– Advent Playlist: Classic hymns to help you wait in hope