I didn’t get how St. Francis of Assisi found joy in poverty—until I walked in his footsteps.

I didn’t get how St. Francis of Assisi found joy in poverty—until I walked in his footsteps. 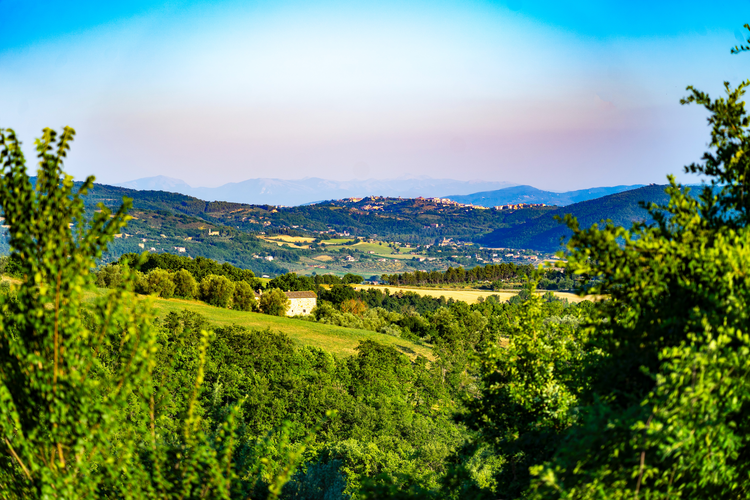 Photo by Nils Schirmer on Unsplash

When I was living in Umbria one summer, my wife and I tried to take advantage of as many walks as we could in that beautiful land in central Italy. We had in tow, though, a temperamental 1-year-old and three other kids under 10.

One morning we started walking through the streets of Spello, where we were staying, to get some Umbrian doughnuts (so far, so good, as far as the kids were concerned). We then got to the outskirts of the city with all of our water still cool and undrunk. We decided to hazard a bit further, on a smooth path through the shade of an olive orchard. Still, no complaints from the kids.

And then our moment came: The baby unexpectedly fell asleep. We continued through the cool forests of Mt. Subasio and past farmhouses, on the way toward the east gate (the “modern” Porta Nuova from the 15th century) of Assisi. We had 10 euros, a bag of seeds, a pack of crackers, a couple of water bottles, hats and walking sticks gathered from the debris on the side of the trail. We felt positively Franciscan. In fact, we had been following in the footsteps of St. Francis, in the land where he preached, prayed and undertook heroic acts of goodness.

We had been following in the footsteps of St. Francis, in the land where he preached, prayed and undertook heroic acts of goodness.

We stopped for a snack-sharing all around, sitting at a picnic table in the shade along the hill. It struck me, as if my eyes were just open to it, how abundant this valley was. We were surrounded by berries and edible herbs, with the cultivated fields of grapes and olives everywhere. There was a positive benevolence to this part of the world. And I laughed to think that for Italy the “wild” is just a big giant garden now overrun because of neglect.

In The Little Flowers of St. Francis, a medieval collection of legends about the saint, the Vale of Spoleto is the stage on which Francis’ ministry unfolded. The lush, humid, green valley is Francis’ native habitat.

“Francis with great confidence took the road toward the valley of Spoleto, where he intended to preach and to live the Gospel of Christ,” writes St. Bonaventure in Life of St. Francis. “As a result, the vineyard of Christ began to sprout shoots with fragrance of the Lord and to bring forth abundant fruit, producing blossoms of sweetness.”

This experience of Umbria’s abundance was transformative because it forced me to think about Francis’ poverty in a new way. It was not cold and brutal but actually, in a way, worldly. It was a poverty that anyone today searching for what is real and authentic might relate to.

St. Francis’ poverty was not cold and brutal but actually, in a way, worldly.

Although Bonaventure insists that Francis and his followers were men of joy, it is hard for a modern person to read the old stern-minded authors without a feeling of coldness in the stomach. They are constantly recommending cultivating “contempt” for the things of the world.

Such stern-mindedness is also embodied by Benedict’s Rule. Itwas written as a foundational document for a schola servitii, which I loosely translate as “a boot camp for discipline.” The key words in the Rule are “obedience” and “discipline” and “fear.” The abbot is reminded to “always remember that at the fearful judgment of God (in tremendo iudicio), not only his teaching but also his disciples’ obedience will come under scrutiny.”

The monks are instructed to tear out their own will; “they no longer live by their own judgment, giving in to their whims and appetites; rather, they walk according to another’s decisions and directions.”

Obedience is called for in every situation: “obedience under difficult, unfavorable, or even unjust conditions, his heart quietly embrac[ing] suffering.”

It is true that, every now and then in the Rule, we see love looking out through the cracks of this austere life. (“Now, therefore, after ascending all these steps of humility, the monk will quickly arrive at that perfect love of God, which casts out fear.”)But this vision of love—let alone, “natural contemplation”—is not within the purview of the Rule. That’s for later. Maybe.

Of course, this sternness is not absent from Franciscan spirituality. “Around the beginning of his conversion,” Bonaventure writes, “in wintertime [Francis] often plunged into a ditch full of icy water in order to perfectly subjugate the enemy within”; he would not “turn back from the promise [he] had made to holy poverty, in spite of any pressure from lack of food or other trials.”

Louis Dupré once said that modern Christians need a “world affirming” mysticism, and I agree.

And yet, in that moment on the side of the hill in the Vale of Spoleto, I thought I caught a glimpse of a different way of thinking about this “stripping of the self.” In our age, some of us admire people like Erling Kagge, who ran the risk of freezing to death to traverse Antarctica, or those who walk across Los Angeles on foot to see all the faces of the city. We might adulate the athlete who powers through lactic acid in the quadriceps to summit a peak in the Alps or a modern desert contemplative like Edward Abbey, who avoids human society in order to find something more authentic within. It is a purification, a move toward the real.

Louis Dupré once said that modern Christians need a “world affirming” mysticism, and I agree. In fact, I think that could be the gift that modernity could give to traditional Christianity, a positive valuation of the particular.

In however shadowy a way, I think the early Franciscans were trying to work through this—struggling with the limitations of their inherited vocabularies. They were beginning to envision a “denial” whose essence is the pursuit of more authentic joy.

“Fatigued from their prolonged activity and feeling hungry, they stopped at an isolated spot,” writes Bonaventure. “When there seemed to be no way for them to get the food they needed, God’s providence immediately came to their aid. For suddenly a man appeared carrying bread.” Or: “[T]hey struck [Francis] and hurled him into a ditch... When they went away, he jumped out of the ditch, and brimming over with joy, in a loud voice began to make the forest resound with the praise of the Creator of all.”

To think about St. Francis’ rejection of money in a land of such fecundity is not simply a story of depriving myself. It is rather a hunger for fullness.

The choice to avoid clutter and distractions means that I can draw closer to something more beautiful, but more subtle and fugitive to the senses.

My experience with the kids in Umbria helped me see Francis’ marriage to poverty not so much as a deprivation but as precisely such a positive choice. To think about Francis’ rejection of money and the commercial world in a land of such fecundity is not simply a story of depriving myself. It is rather a hunger for fullness. It is not deprivation but marriage.

If Benedict stretched out the line leading from discipline to contemplation so far that the “positive” element of austerity became obscured, the Franciscans contract the line, so that the joy of being one with the natural world is mapped onto the stage of discipline. Any time I get a bit of myself out of the way, I make room for joy to irrupt within.

Such is also the vision of Francis: Loving God can or should involve a childlike giddiness. It is the joy and giddiness we find when we walk around the Basilica of Assisi and look at Giotto’s Francis flapping his arms as he preaches to the birds or the sense of fullness you get from walking about in the Vale of Spoleto.

More from America
– Editorial: ‘Fratelli Tutti’ challenges the American way of life. Are we listening?
– Carlo Acutis could become the first millennial saint. Here’s the story behind his first miracle.
– I have two kids with Down syndrome. Here’s what I wish those considering abortion knew about life with them.

Show Comments ()
Join the conversation: Login or create an account
Before you can comment, you need to update your profile to include your first and last name, as required in our comments policy. Then reload this page and you'll be set up for commenting. Update your profile
More: Saints 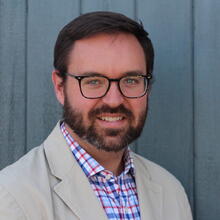