Should we trust science?

Should we trust science? 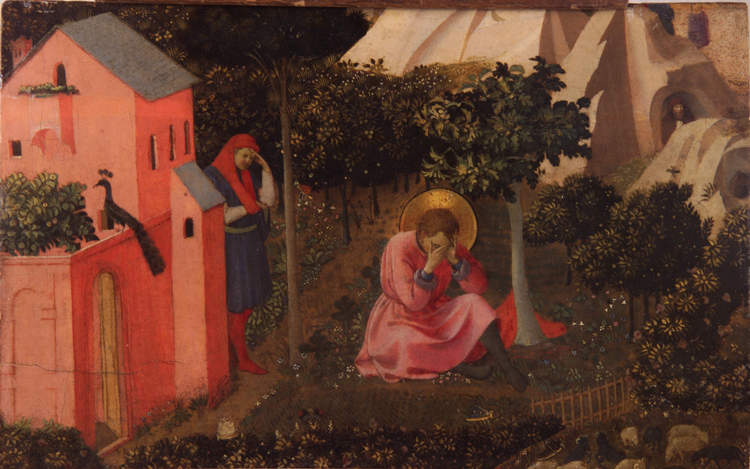 A Reflection for the 22nd Sunday in Ordinary Time

It is a comprehensible yet curious phrase: “I trust science.” Although it entered modern parlance before the pandemic, it has become more pronounced during it. A perfectly formed sentence, it has a subject, a predicate and a direct object, though the direct object of the verb “to trust” is typically a person, as in, “It is okay. I trust you.” What does it mean to say, “I trust science?” What follows is no anti-science screed. I do not contest any scientific finding, but I do suggest that we dupe ourselves when we speak of science as something it is not.

First, how do we define the direct object in the sentence, “I trust science?” Do we mean the empirical sciences: chemistry, physics and biology? These study physical objects and repeatable events by mathematically calculating where they occur in space and time. But we also speak of science when we discuss sociology, psychology, economics and, the least empirical of them all, political science.

Though these latter are vastly different in scope and procedure than the empirical sciences, I have no bone to pick with them because they do not study something solid like, say, bones. Indeed, what they share with the physical sciences is much more significant in our present moment from where they differ.

Is Augustine the most relatable saint?
Jesuitical

Augustine gets a makeover in new translation. He hardly needed it.
Elizabeth Bruenig

These sciences are all examples of what we call the inductive method: We observe diverse phenomena, and we try to understand their relationship in a way that is predictive of future events. But remember what you were taught in junior high school: Scientific findings are always provisional. They have a way of undoing themselves. New data produces hypotheses, explanations for what might be happening. This leads to testing and the development of theories, which so often lead to new data, restarting the cycle. A good scientist neither says “I believe in evolution” nor “evolution is a fact.” A good scientist says that evolution is still a quite satisfactory—meaning still very productive—theory.

In this time of pandemic, it is misleading to draw a divide between those who say they “trust science” and those who keep asking, “Why are there so many experts, with so many ideas, all of whom keep changing what they say?” To the latter, those sorely worn skeptics, I say: Sorry, but revision is the operative principle of science. To the former, the newest version of those who want to follow some sanctioned authority: Sorry, you can trust scientists as people—though greater acquaintance with the discipline’s history would surely shake your confidence—but trust has nothing to do with the scientific method. You cannot trust science like you trust Oprah. Science teaches that truth is ever a search.

Before his conversion to Catholicism, Saint Augustine was a teacher of philosophy at the imperial court. There was no higher intellectual pedigree in his day. It is hard to contest the judgment of Augustine’s Roman peers when, 1,700 years later, we are still reading him.

Augustine’s Confessions take up a theme still at the center of our lives: Does our intelligence lead us to something beyond ourselves?

Augustine’s Confessions take up a theme still at the center of our lives: Does our intelligence lead us to something beyond ourselves? Does it ultimately introduce us to a person, upon whom we can bestow our trust and our love? Or is human intelligence all there is? Do we turn a skill that we possess—that we were given—into an idol, a self-made image we surrender to? Can an idol ever offer the meaning that only another person, an intelligence not our own, can give us?

Augustine describes his early intellectual career as abounding in accolades yet filled with inner agony: “[I] had already begun to covet a reputation for wisdom and though fully punished I shed no tears of compunction; rather was I complacently puffed up with knowledge. Where was that charity which builds on the foundation of humility that is Christ Jesus?”

Augustine seemed to read everything except the scriptures of his mother’s Catholic Church. He found them too incredible to believe and lacking in intellectual acumen. What does it mean to say that the very origin of the universe, the intelligence from which it comes, should become one of us and should “go to Jerusalem and suffer greatly from the elders, the chief priests, and the scribes, and be killed and on the third day be raised” (Mt 16:21)?

And then, Augustine got it. Or, as he would come to confess, someone found him in the very telling of this great humiliation on the part of God. When a soul-starved Augustine finally read the scriptures, he discovered that they were not what we would call science, nor did they intend to be. They were a love letter written in history, one that heals as it reveals.

In comparing his scriptural encounter with a person to his previous studies, Augustine wrote:

I believe that you willed me to stumble upon them before I gave my mind to your scriptures, so that the memory of how I had been affected by them might be impressed upon me when later I had been brought to a new gentleness through the study of your books, and your fingers were tending my wounds; thus insight would be mine to recognize the difference between presumption and confession, between those who see the goal but not the way to it and the Way to our beatific homeland, a homeland to be not merely described but lived in.

We should pursue science relentlessly, especially in this time of pandemic, knowing that understanding this world is a key to surviving here. But remember, a world does not become a homeland until someone you love, someone you trust, dwells within it. Science is a pursuit. Revelation is a person. In one, we search. In the other, we are found.