What does it mean when we say the Assumption of Mary is a miracle?

What does it mean when we say the Assumption of Mary is a miracle? 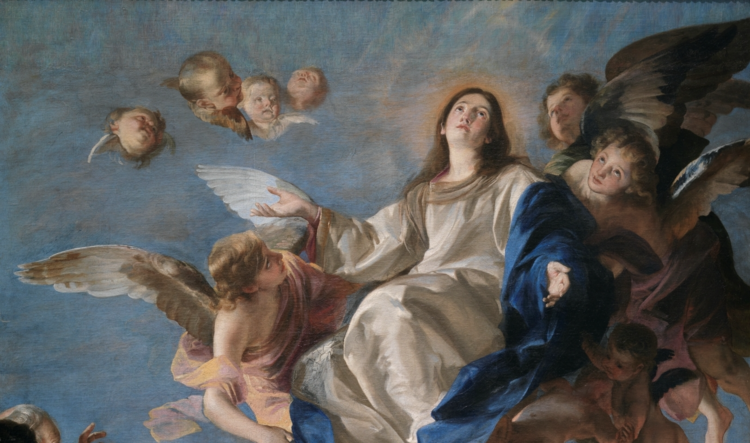 “The Assumption of the Virgin,” by Juan Martin Cabezalero, c. 1665. Wikimedia

A Reflection for the Feast of the Assumption

The Oct. 13, 1917, edition of O Seculo, Portugal’s largest newspaper, reported on events in the small village of Fatima, where a crowd of thousands had gathered to witness what would come to be called “the miracle of the sun.” An English translation is available in Jeffrey S. Bennett’s sociological study of the event, When the Sun Danced: Myth, Miracles, and Modernity in Early Twentieth-Century Portugal. It reads:

The article is astonishing in its ability to chronicle the event’s ambiguity. Something extraordinary happened that day at Fatima, but even those who were there could not declare without a doubt what had occurred. There were both clerics and Communists in the crowd who said that they saw something that they could not explain, yet they were not ready to say that heaven had intervened. That is in the very nature of a miracle, any miracle. It strengthens faith, but it does not substitute for it.

A miracle strengthens faith, but it does not substitute for it.

To understand why, we need to jettison misleading ideas about miracles. First, a miracle is not defined by breaking what we call the laws of nature. Why not? Because that would truly limit the scope of miracles. If tomorrow President Trump and House Speaker Nancy Pelosi were to announce that they agree on every major issue facing the nation and were to add that each of them has the greatest possible admiration for the other, we would all agree that something absolutely extraordinary, even miraculous, had occurred. But none of us would talk about the laws of nature being broken.

What we call miracles might contravene the laws of nature. Who can say, given that none of us fully knows those laws? The other difficulty in applying science to the question of a miracle lies in the event’s unrepeatable nature. Empirical science can only study what regularly reoccurs. So it should not be a surprise that science cannot tell us much about something that occurs only once.

No, a miracle is simply an extraordinarily strong version of something that happens repeatedly in life. A person of faith sees a pattern in events that reveal to him or her the presence of another person, namely God. This is how people first come to believe, and it is why believers continue to do so. The pattern perceived, the understanding of what one is seeing, cannot in its essence be offered to another. But that this pattern is particular to the person does not make it true or untrue. It makes it deeply human. You equally cannot fully explicate to others why you find something to be beautiful or why you love someone.

So a miracle may, in fact, be the smallest of events. It does not need to defy nature. It only needs to alert us to the presence of a person. One person will see; another will look in vain. In all of life, what we see depends entirely upon what we are looking for.

A miracle is not defined by breaking what we call the laws of nature. Why not? Because that would truly limit the scope of miracles.

Apply this to the mystery of the Assumption. We use the words “mystery” and “miracle” not to say that science has been stumped but rather to express the expansive claim that an event makes upon us. It tells us that we have been addressed by another and that we must respond, that failing to respond is itself a reply.

What should be intriguing to everyone is that the mortal remains of Mary of Nazareth are not an object of veneration as are, for example, those of her contemporary, St. Peter. Quite early in the church’s history, we have three undeniable, though difficult to investigate, facts. The first is that Mary of Nazareth became quite important to the church by virtue of her relationship to Jesus. The second is that we have no record of her death, either archeologically or historically. Contrast this with the apostles. We might question the historical accuracy of stories about their deaths but not that the early church treasured these accounts. With the Virgin, in contrast, we encounter a growing and unchallenged conviction that because of her relationship to her Son and his resurrection, Mary passed through death in a way none of us will.

In short, the Assumption of the Blessed Virgin Mary into heaven is a miracle. We do not know that it defies nature’s laws. We only know that the conviction that God had once again intervened in human affairs became widespread and irresistible to those with eyes of faith. That historical fact alone is—dare we say—quite miraculous.

Read more on the Assumption of Mary